And there may be more...

The past few years have seen automakers embrace their irreverent side by adding tiny little details or characters to new vehicle designs. Fiat Chrysler has been the most open to these design flourishes, going as far as hiding a tiny Willys on certain Jeep products or adding the Detroit skyline to others (while noticeably omitting General Motors’ headquarters at the Renaissance Center). Now Ford is getting in on the action with the new 2021 F-150.

Admittedly, the Blue Oval has shown some restraint. While there will be one Easter egg present on every version of the truck sold in the United States, the other two are entirely dependent on the trim. 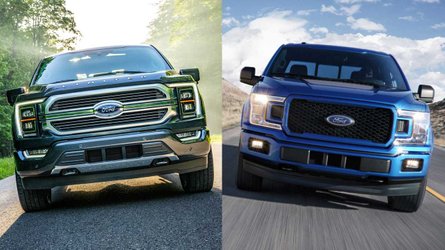 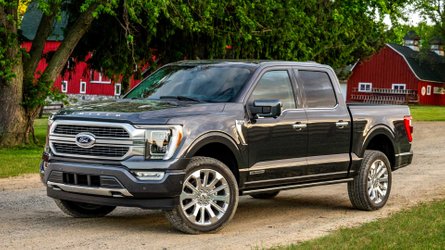 The most common is visible as soon as you open one of the F-150’s front doors. There’s a trim strip that encircles the horizontal portion of the dash, forming yet another one of the C-shapes that designers dotted across the new truck. And right at the end, normally obscured by the door, is an engraving of an American flag. You won’t get the 50 stars, but the stripes signifying the original 13 colonies are there.

The other two Easter eggs are, as we said, only available if you snag a certain trim. Go for the XLT with the Sport package and you’ll score a neat road map of Detroit that strips away the ugly freeways to show off the radial city plan envisioned by Augustus B. Woodward, chief justice of the Michigan Territory in the early 1800s. The map itself sits in the door panels of every XLT Sport model.

King Ranch customers also get a neat touch atop the center stack. A metal “horse collar” surrounds the standard 12.0-inch touchscreen infotainment system and features a laser etching of the King Ranch Carriage House. This one is, admittedly, tougher to spot than the Detroit road map, but looks and feels of a considerably higher quality.

Ford has hinted that there are additional Easter eggs on the revised F-150, and with just three accounted for (two of which are trim specific), we’re inclined to believe the company. We’ll keep an eye open for additional styling touches when the 2021 Ford F-150 arrives in the fall of 2020.