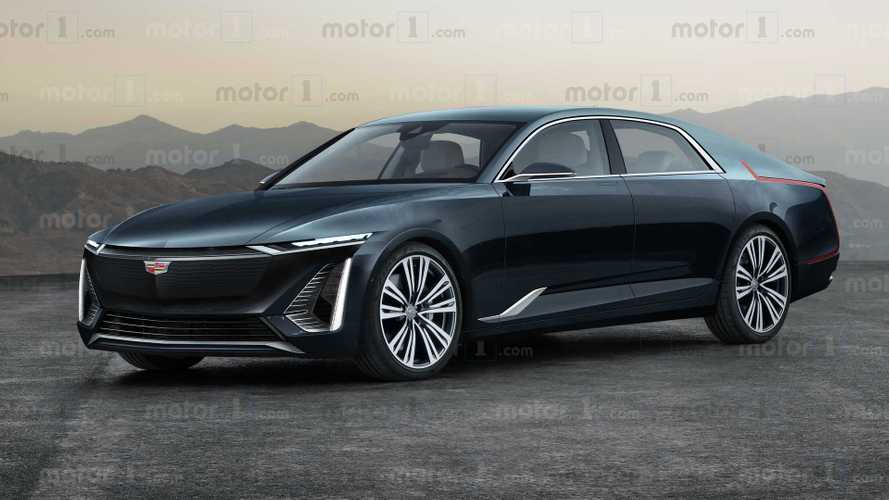 Almost, but not quite.

Tesla may be leading the charge in pure electric vehicle technology, especially in the United States, but the country's biggest automotive company, General Motors, isn't too far behind from the California-based tech company. Sure, the Chevrolet Bolt is the sole EV offering from GM, but the American company sees this decade as its launching point for its emission-free vehicles underway.

The return of the Hummer as an EV can be considered one of GM's biggest step towards electrification, but its Cadillac flagship brand will still be The General's crowning glory.

The Cadillac Celestiq takes the lead as the luxury marque's flagship EV sedan, but did you know that it was originally planned to be powered by an internal combustion engine? In an interview with Automobile Magazine, Cadillac design director Brian Smith implied that Cadillac's next flagship, which is the Celestiq, was already in the design process and was originally planned to have an internal combustion engine. That's the time, however, when the team stop and questioned the direction that they're taking. The rest, as they say, was history.

Smith continued on by saying that in the first set of scale models, the current Celestiq design – which was shown to the members of the media but wasn't allowed to be photographed – stood out with its wild silhouette. This has become the vision for the rest of future Cadillac vehicles.

The Celestiq Has A Crossover Counterpart:

However, it isn't hard to imagine what the Celestiq would look like. Apart from the rendering we made shown above, it will share most of its front design, including the lighting elements, with the Lyriq midsize crossover EV. The latter was supposed to debut way ahead of the Celestiq but got delayed because of the coronavirus pandemic, but its design was actually based on the sedan.

Production for the Cadillac Lyric is scheduled to begin by 2022, while the Celestiq will follow by 2025, according to the interview with Smith.