Here's something you don't see every day.

[UPDATE] Video of U.S. President Donald Trump doing a lap of the Daytona International Speedway in his armored limousine "The Beast" has been attached above.

It isn't every day that you'll see a Presidential limo lapping the Daytona 500, but today might be the one.

In a scoop by John Roberts of Fox News, the news company's White House representative, President Trump is said to be planning to take a lap at the Daytona International Speedway with the "Beast" limo. Here's the embedded tweet by the news reporter.

As mentioned in the tweet on the morning of February 15th, this isn't 100% yet, but that is the current plan.

The Daytona 500 marks the start of NASCAR’s 2020 season, and it looks like Trump is attending the event on his way back to Washington D.C. after a weekend at his Mar-a-Lago resort in Palm Beach, Florida. This was leaked by a Trump campaign adviser, reported by the Washington Examiner.

The Cadillac-inspired Presidential limo may not look like it but it should have all the grunt to make it through the lap. We're not just sure how fast because of its length and weight. To recall, the "Beast" allegedly weighs around 15,000 to 20,000 pounds (6,800 to 9,000 kilograms) with a Chevrolet medium-duty truck at its base. It costs roughly $1.5 million.

Trump's "Beast" Is Of Course An Armored Limo: 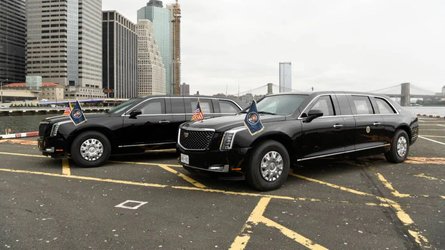 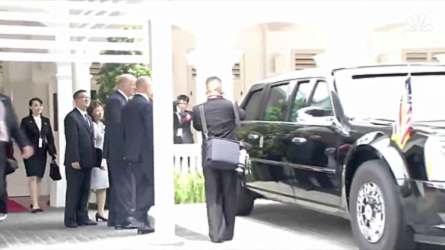 Watch President Trump and Kim Jong-Un Bond Over The Beast 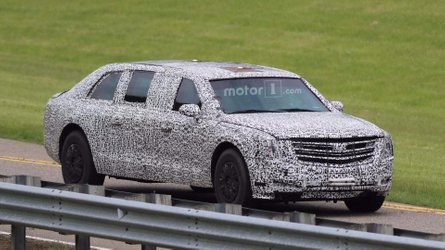 Daytona International Speedway President Chip Wile seems pleased with this piece of news, according to the Washington Examiner's report.

"We’re honored that the President of the United States has chosen to experience the pageantry and excitement of ‘The Great American Race’ by attending Sunday’s 62nd annual Daytona 500," Wile said.

The Daytona 500's Sunday run will start in a few hours, so we'll see if this plan pushes through.

Editor's Note: Due to the political nature of this story, commenting has been disabled. Political comments have also been deleted.