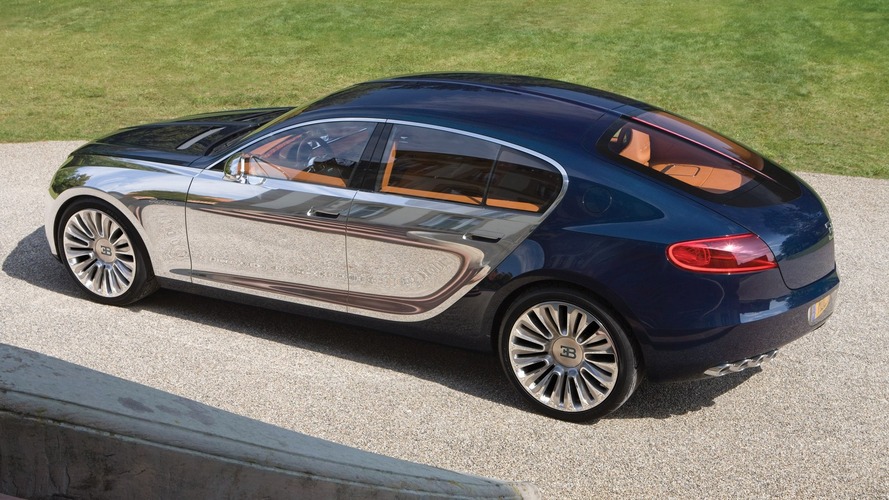 "Bugatti" and "daily driver" in the same sentence – who would've thought?

Ever since adding SUVs to their portfolios, elite brands such as Bentley with the Bentayga and Lamborghini with the Urus have been enjoying strong demand for their high-riding vehicles. Another member of the Volkswagen Group might go down the same road eventually, with Bugatti actively considering a second model to join the W16-engined Chiron.

The Molsheim brand insists a decision has not been taken in regards to the shape a second model would take, but it’s widely believed to be either an SUV or a four-door grand tourer. Speaking with Autocar magazine, company boss Stephan Winkelmann says a new member of the Bugatti family doesn’t necessarily have to be a car that owners would drive only during the weekend.

He went on to mention a second Bugatti would be developed to be used on a “daily basis” and would also have a different shape compared to the Chiron. Such a model must “have a different mission” than the quad-turbo 8.0-liter hypercar, and might be entirely electric. “In my opinion, electrification would be the right approach,” said Winkelmann. He added a hybrid powertrain is not the way to go since it doesn’t represent cutting-edge technology, mentioning Bugatti will either stick to the internal combustion engine or adopt a pure electric setup.

Bugatti’s head honcho clarified that adding a second model line would not have a negative impact on the brand’s exclusivity since it would be built in limited numbers (in the low thousands). If the vehicle were to be an EV, the company headquartered in northeast France would prioritize performance metrics such as acceleration and top speed over range. The EV would be sold mainly in countries where the infrastructure for electric vehicles is the best in the world, specifying the recharging times would have to be comparable to those of a traditional car powered by a combustion engine.

Something Special Coming Later This Year:

But a second Bugatti is still a long way to go since parent company VW Group has bigger fish to fry as it gets ready for the EV onslaught. Winkelmann explained that adding a new model would at least double the size of the company and therefore would be a big project to undertake, which means getting the proverbial green light from the higher-ups won’t be so easy. There’s also the issue of the platform, with Bugatti not keen on using existing hardware developed by another brand from the group as Winkelmann explained it would have to utilize a proprietary architecture.

Meanwhile, there’s at least one other premium brand getting ready to launch an SUV of its own. We’re talking about Ferrari and its Purosangue due in 2021 to rival another new entry in the segment – the Aston Martin DBX.