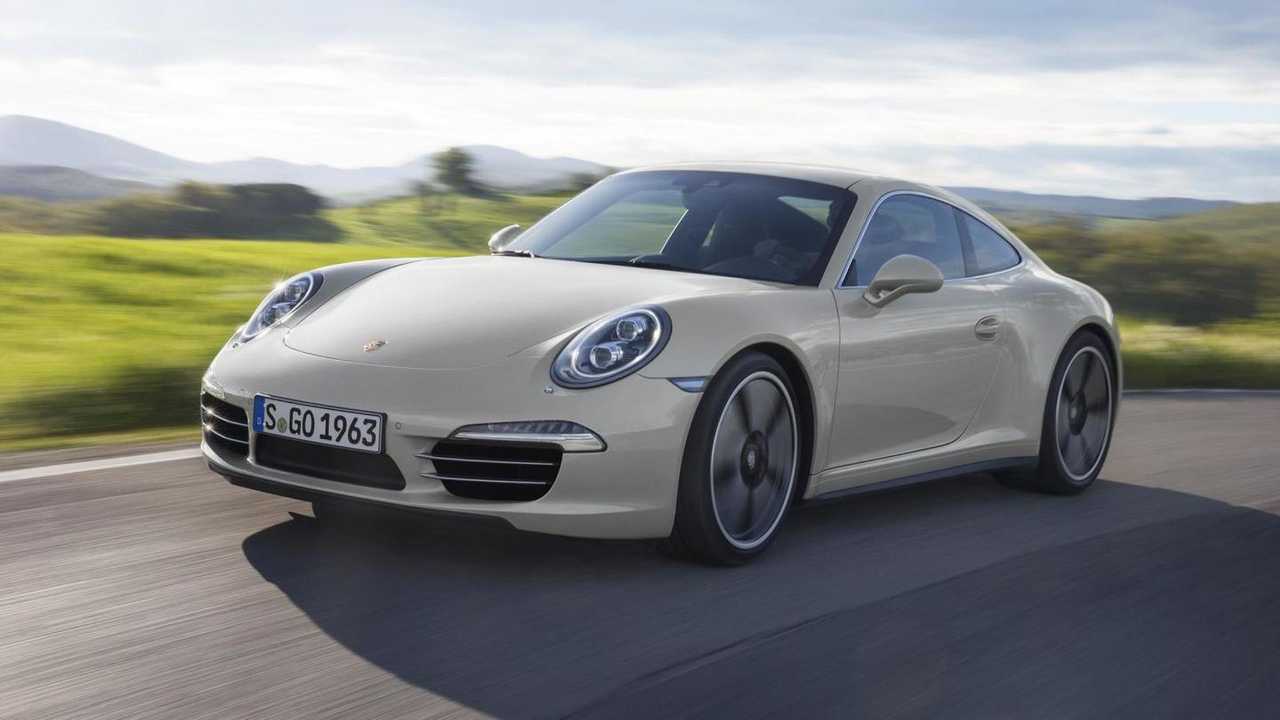 Porsche has announced the 911 50th Anniversary Edition which will be shown to the public in September at the Frankfurt Motor Show.

Porsche has announced the 911 50th Anniversary Edition which will be shown to the public in September at the Frankfurt Motor Show.

Some rumors about a special model surfaced the web last November and now it's a known fact Porsche has prepared a limited edition based on the 911 Carrera S which will be manufactured in 1963 units as a reference to the year when the original model was presented.

The car will ride on 20-inch bespoke alloy wheels and will benefit from Porsche Active Suspension Management (PASM) with different tuning to match the increased track width since it has the widebody which is normally reserved to Carrera 4 models. Other features include chrome trim strips on the front air inlets, between the taillights and on the engine compartment grille. Porsche is offering this special 911 with two unique colors: lighter geyser grey metallic and darker graphite grey, along with the already available black monochrome.