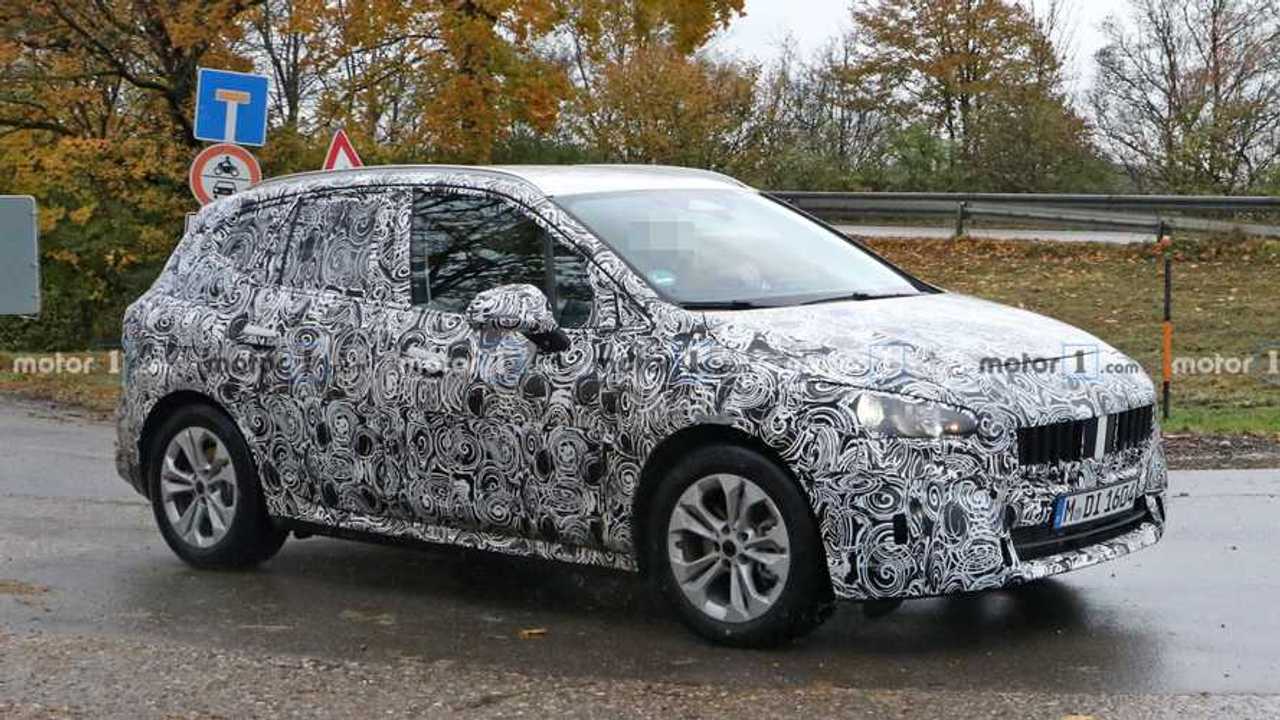 The small family hauler will grow in size and could get tech iNext tech.

The BMW 2 Series Active Tourer is a curious machine. Not available in the U.S., the minivan-ish five-door is a staple in Euro markets and with the larger Gran Tourer getting the axe, the Active Tourer will endure for a new generation and should grow in the process. Supporting that theory is a new set of spy photos that give us our first look at a prototype on the road, along with some comparison shots next to a current-generation model to see the size difference.

For starters, camouflage is still rather thick on this prototype, concealing details both front and rear. The overall shape certainly won’t be unfamiliar to Active Tourer owners, with the large doors occupying a vast majority of the space on the sides. A tall roof slopes downward ever-so-slightly at the rear, and the beltline seems a bit softer in its rake. Though camouflage is still heavy at the front, we can see – like pretty much every new BMW – that the grille will grow significantly. It doesn’t appear to be as crazy as what’s coming for the M3 and M4, but it’s still massive compared to the current generation.

These photos also take a peek inside, though at this stage we’re seeing a mix of cloth coverings and prototype-spec controls so don't get too worked up about the design. The layout does appear to have digital displays for the instrument cluster and the central infotainment system not unlike the iNext, though it’s possible those items are also just temporary units for testing purposes.

While there certainly are some similarities to the present-day model, our sources tell us this is indeed a completely new Active Tourer with the internal designation U08. The comparison photos show it’s definitely a bit larger than the current version, though it should continue to utilize a front-wheel-drive platform with all-wheel-drive as an option. Engines should range from three- and four-cylinder mills burning either gasoline or diesel fuel.

Right now, it’s believed the new 2 Series Active Tourer will debut in 2021. As this is just our second sighting, there’s still considerable development and testing to go.