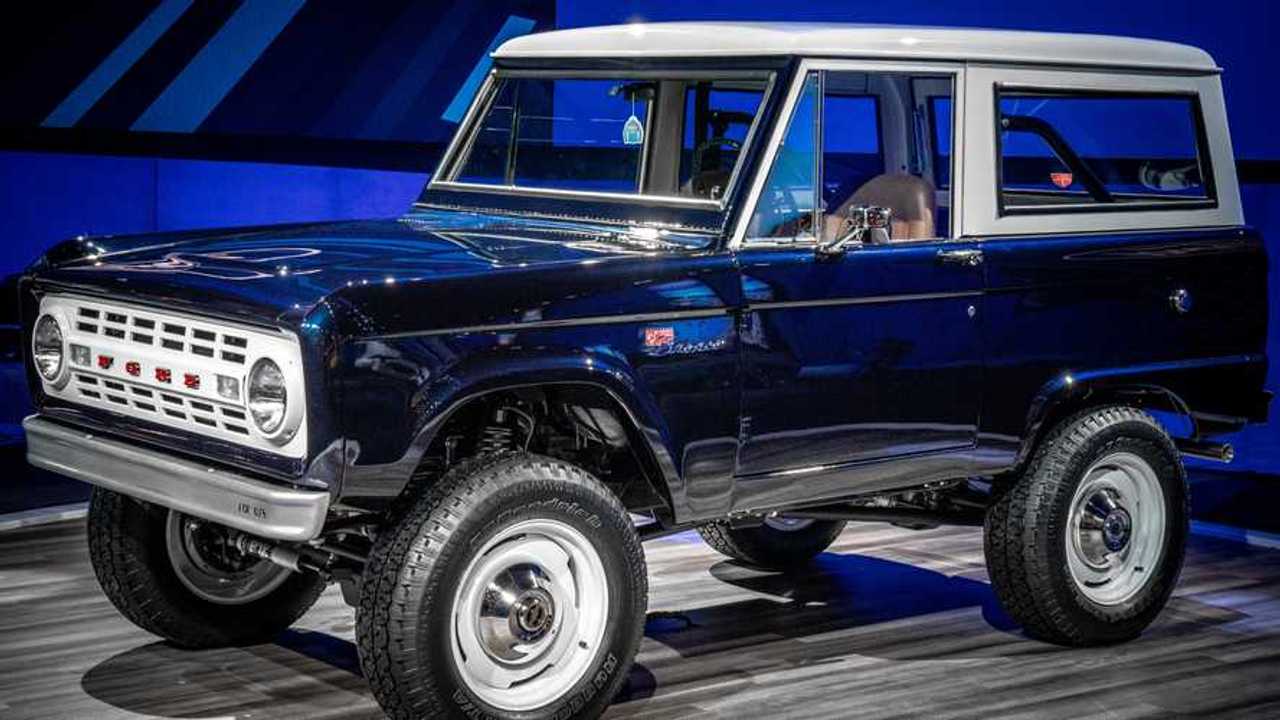 It now packs the engine from a Ford Mustang Shelby GT500.

Jay Leno arrives at this year's SEMA Show with a 1968 Ford Bronco restomod with an interesting history. Former The Late Late Show host Craig Ferguson gave the old SUV to Leno as a joke because the vehicle was in such bad condition. After sitting in Leno's famous garage for years, he has teamed up with Ford Performance and SEMA Garage to revive the derelict machine.

"The Bronco was bought to use on the farm or to take your date to the prom and was comfortable in any of these environments. The idea of having a classic Bronco upgraded with modern handling, performance and braking really makes it the best of both worlds," Leno said about his upgraded Bronco.

This Bronco now packs the 5.2-liter supercharged V8 from the Ford Mustang Shelby GT500. The tuned engine gets a custom airbox and exhaust. For handling the heat, there's a new radiator, engine oil cooler, and supercharger cooler. The power runs through a five-speed Tremec gearbox. A heavy-duty four-wheel-drive system can handle the extra muscle from the more powerful engine. Wilwood brakes help it slow down, and there's a Fox 2.0 coilover suspension. The SUV rides on 18-inch wheels with BFGoodrich tires

For the restoration work, Ford worked with its licensees to get a new frame and body panels. There are some minor exterior modifications for making the parts fit with the modern components, but the tweaks are tiny enough to be hard to notice unless you are very familiar with the Bronco. It wears a coat of Tonight Blue Envirobase paint with a white roof, wheels, and grille. The color combo looks fantastic on the SUV.