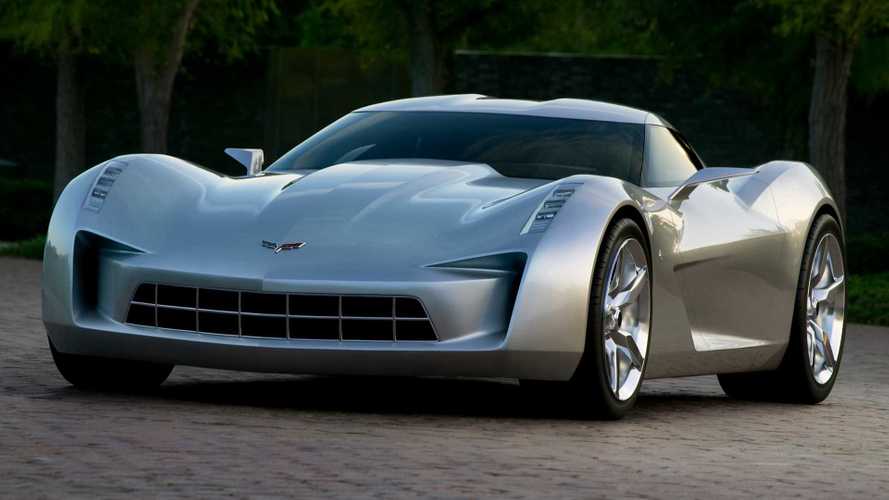 A stunning modern tribute to the original 1959 Stingray Racer.

With only about 24 hours to go until the reveal of the mid-engined Corvette Stingray, we figured a look back at a vastly different Stingray would be worthy for this week’s episode of Concept We Forgot.

Introduced four years before the C7, the Stingray concept not only previewed the last front-engined Corvette, but it created a visual link with the past by getting the legendary split rear window of the 1963 Stingray. The source of inspiration was actually a Corvette older than that, the 1959 Stingray Racer, transformed into a show-stopping concept suitable to star in Transformers: Revenge Of The Fallen as the Autobot Sideswipe.

Conceived as part of an internal design challenge for a retro-modern Corvette, the Stingray was engineered with scissor doors and a reverse clamshell hood that were all opened with the simple touch of a button. With wide hips and prominent quad exhausts, the sharp-looking concept seemed fast standing still and its appearance is still relevant a decade later.

As for the interior, we honestly wouldn’t mind seeing it tomorrow in official press images of the long-awaited C8. Body-hugging seats and generous use of carbon fiber contributed to the cabin’s sporty feel, while the massive infotainment system and the configurable instrument cluster reflected its tech-heavy nature. As per the official press release from 2009: “Interactive touch controls allow the driver to customize the power and efficiency of his or her ride and share it with friends via the in-car camera system and advanced telemetrics.”

Speaking of power, the Corvette Stingray was envisioned with a high-performance electrified setup by combining a V8 featuring cylinder deactivation with a mild hybrid system that’s becoming more and more popular nowadays. Exact technical specifications were never released, but we can see the concept in the video below driving under its own power while generating a throaty soundtrack.

Since we’re on the subject of electrification, old rumors have hinted at the possibility of a hybrid and/or fully electric next-generation Corvette, but nothing is official at this point. We might get to learn about this topic tomorrow when Chevy will take the wraps off the C8.