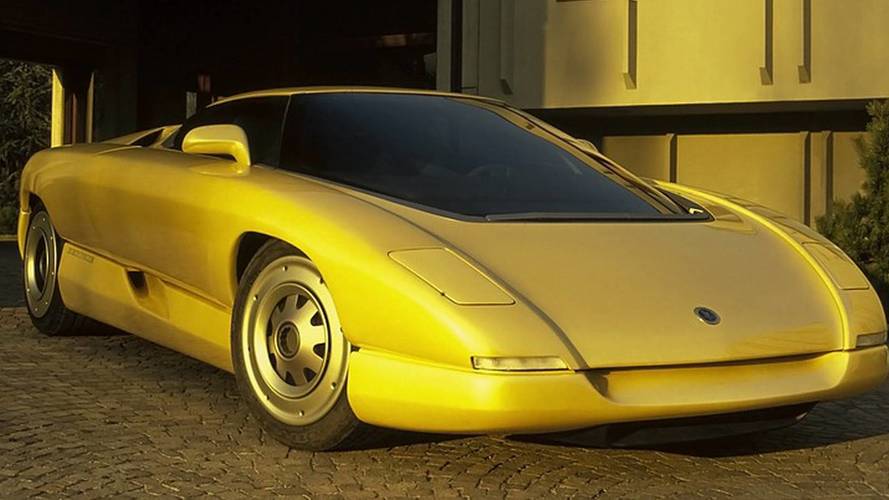 The ever-elusive mid-engined Corvette imagined by the talented Italians.

The 1986 Indy Prototype might be the most popular mid-engined Corvette that never was, but we believe Bertone’s take was just as interesting.

Chevrolet has been pouring fuel on the mid-engined Corvette rumor fire for decades with several prototypes and experimental vehicles that go back to the 1960s with a pair of Astro concepts. Although we still haven’t seen a production-ready car, we know that it’s coming thanks to a plethora of spy shots and leaked CAD images. But over the years, there were others beyond the company with the bowtie emblem to explore this exciting idea as the renowned Italian design house Bertone gave it a go nearly 30 years ago.

Painted in a striking pearlescent yellow hue as a tribute to race car driver Tazio Nuvolari and his favorite color, the Nivola was more than just a rebodied ZR1 (C4) with a mid-engined layout. It had a tailor-made spaceframe chassis and a multitude of other bespoke components further distancing it from the car it was loosely related to. Even the transverse-mounted LT5 engine was reworked with a biturbo setup and hooked up to a specially developed ZF transmission, while changing the engine’s location also meant the engineers had to develop a new exhaust system.

The redesigned body made use of traditional sheet steel instead of the C4’s plastic compounds and Bertone came up with the idea of giving the concept an electrically retractable hardtop, thus turning the Nivola into a roadster. Significantly wider, shorter and riding lower than the ZR1 of those days, the concept was the work of chief designer Marc Deschamps.

See other Bertone concepts from the series:

While the interior was less special than the new sheet metal, it still had a couple of aces up its sleeve. For example, the extremely thick door sills featured built-in storage areas containing a tailor-made luggage set accessible after sliding the outer panel. Then there were the two body-hugging seats, wrapped in aqua-colored leather and benefitting from a massaging function.

Those wondering what happened to the wedge-shaped Nivola, it was auctioned back in 2015 in the aftermath of Bertone’s collapse. The concept was acquired by the Italian Historic Automobile and Motorcycle Club (ASI), along with other 78 pieces (including chassis and scale models), for nearly three and a half million euros.

If you’re more interested in seeing a mid-engined Corvette you could actually buy, latest gossip indicates it won’t be out in production form sooner than January 2019 at the North American International Auto Show in Detroit.