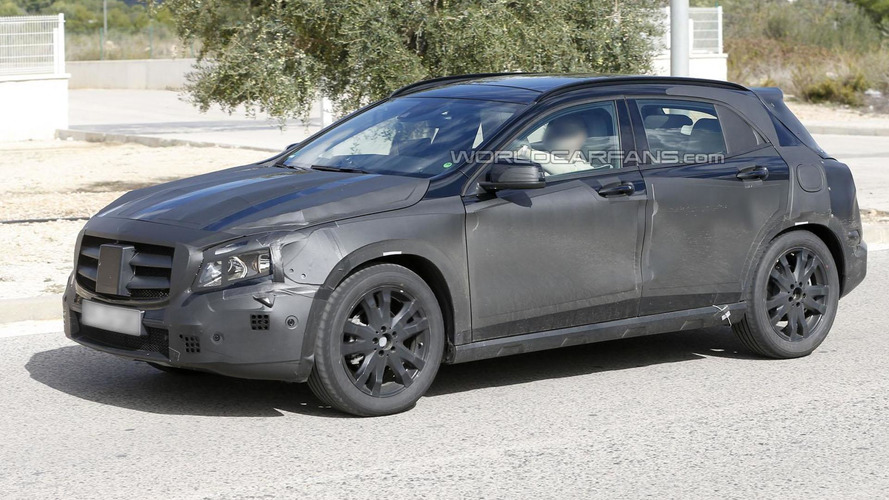 Designed to battle the BMW X1, the Mercedes GLA features sporty styling which is heavily influenced by the A-Class.

Our spies have managed to snap new pictures of the 2014 Mercedes GLA.

Designed to battle the BMW X1, the entry-level crossover features sporty styling which is heavily influenced by the A-Class. Notable highlights include a prominent grille, sweptback headlights and an increased ride height. There's also roof rails and a tailgate-mounted spoiler.

As we have previously reported, the GLA will ride on the MFA platform that currently underpins the A- and B-Class. Engine options will likely carryover from the aforementioned models, so expect petrol choices to include a 1.6-liter with 156 HP (115 kW) and a 2.0-liter with 211 HP (155 kW). There could also be an AMG variant with a turbocharged 2.0-liter four-cylinder engine that develops approximately 335 HP (246 kW).