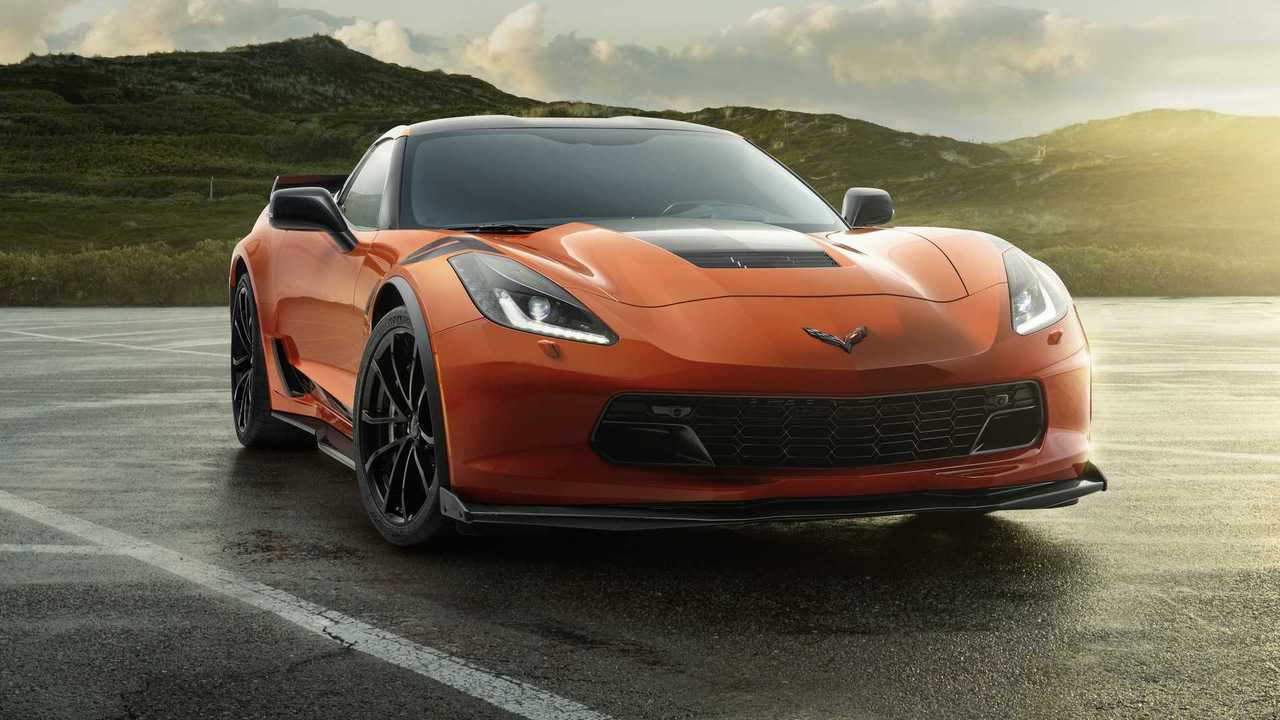 Is the sun about to set on the C7 in Europe?

[UPDATE] Chevy has responded to our e-mail asking whether the C7 will be retired from Europe after the Final Edition. Long story short, it won't. As per a statement made by René Kreis, Head of Public Relations, Cadillac & Chevrolet Performance Cars Europe:

"We are selling regular Stingray, Grand Sport and Z06 versions in Europe alongside the final edition which is simply the last and limited special edition of the C7 in Europe."

While we’re all patiently waiting for Chevrolet to finally introduce the mid-engined Corvette, the company with the bowtie emblem keeps pumping out special editions of the C7. It was only last week when the Drivers Series Edition debuted at Daytona for the U.S. market and now some parts of Europe where Chevy is still available is getting a Final Edition of the Vette.

As you may recall, General Motors announced plans to retire the Chevy brand from Europe at the end of 2013, but with some exceptions in the form of the Corvette and Camaro. The former is now getting a limited-run variant combing the “best attributes of the seventh generation,” according to the press release. It can be had exclusively as a coupe in either Grand Sport or Z06 flavors, and buyers get to pick from Ceramic Matrix Gray Metallic or Sebring Orange Tintcoat Metallic exterior colors.

That doesn’t sound special edition material, but the Final Edition is about more than just some shiny paint schemes. The list of goodies is quite comprehensive and includes Brembo carbon-ceramic brakes with gray calipers and glossy black alloy wheels, along with an aerodynamic package with a front splitter and side skirts both made from carbon fiber. Go for the Grand Sport and you’ll get black hash marks on the fenders.

The upgrades continue inside the cabin where the Corvette Final Edition gets competition sports seats and a carbon fiber trim package. To sweeten the deal, Chevy will throw in the performance data recorder, black Nappa leather, and sueded microfiber.

In Germany, the Grand Sport-based Final Edition retails for €116,500 whereas the Z06-based variant will set you back €139,500. Chevy has also released pricing details for the Swiss market where the special C7 costs 130,000 Swiss francs and 153,200 Swiss francs, respectively.

Note: We've reached out to Chevy to find out whether the Final Edition is the end of the line for the C7 in Europe. We will update the article once we hear back.

Here's the special Corvette for the U.S.:

Final Edition for the Grand Sport and Z06 models

ZURICH – As of now, coupe versions of the Grand Sport and Z06 Corvette models are available as a limited Final Edition, in which the best attributes of the seventh Corvette generation are combined. Among other elements, this special range of features includes Brembo® carbon-ceramic brakes, Competition sport seats, a performance data recorder, chassis calibration optimized for race tracks and – for some versions – a Z07 package, including an additional aerodynamics and Michelin® Pilot® Sport Cup 2 tires. These technologies have their origin in the racing sport. Similar technologies can also be found in the motorsport version of the Corvette C7.R and helped to secure its many international victories on the track.

In addition to its technical equipment, the Final Edition also impresses with its uncompromising appearance, which is complemented by a wide range of carbon fiber components and the distinctive exterior colors Sebring Orange Tintcoat Metallic and Ceramic Matrix Gray Metallic.

“Thanks to its unique combination of racing technology, excellent driving dynamics, unmistakable style and high everyday suitability, the Corvette has grown to be the ultimate sports car icon. With this special edition, we aim to honor the current generation, which has once more contributed greatly to the history of the Corvette series”, says Felix Weller, Vice President Cadillac und Chevrolet Performance Cars Europe.

The following equipment features are available for the Corvette Final Edition:

Along with the current year’s model portfolio, the Corvette Final Edition is available as of now on the European market.