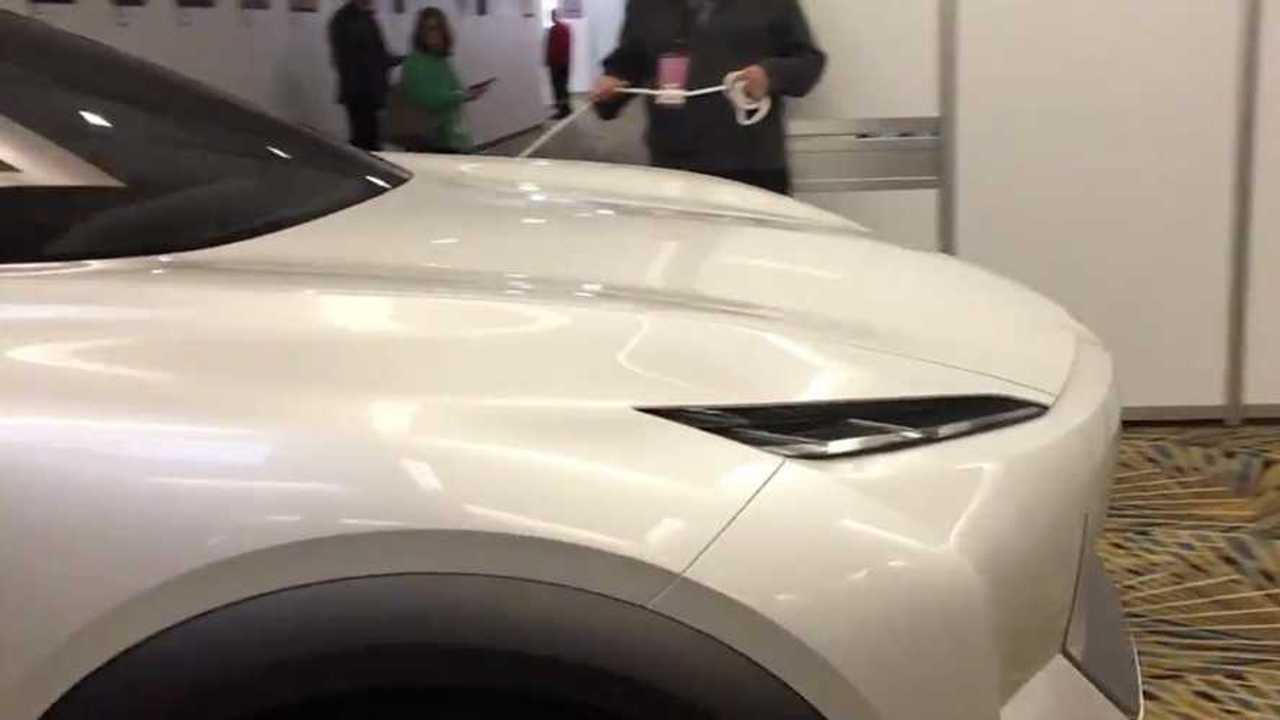 It's not the inspiring start when introducing a new EV concept that a company would want.

Nissan and its Infiniti luxury brand intended to stage a one-two punch by debuting electric vehicle concepts at the 2019 Detroit Auto Show. A technical snafu ruined the plan when the Infiniti QX Inspiration Concept broke down before it was even able to roll onto the stage for a big unveiling. The folks at The Detroit Free Press were able to capture the unfortunate event as it happened.

The QX Inspiration is Infiniti's preview for an electric luxury crossover arriving sometime in the future, and we presume it must run better than the concept. The brand doesn't provide powertrain specs beyond there being a pair of electric motors – one at each axle. A flat battery sits beneath the floor. The company claims that this layout maximizes the size of the passenger compartment in a crossover with roughly the same footprint at the current QX50.

Meanwhile, Nissan debuted the IMs sedan electric sedan concept in Detroit as a way to preview its future green models.  Like the QX Inspiration, the four-door features a pair of electric motors, but the company is willing to admit a total output of 483 horsepower (360 kilowatts) and 590 lb-ft (800 Newton-meters) of torque. The 115-kilowatt-hour battery offers an estimated 380-mile (612-kilometer) range.

The IMs exterior looks like a futuristic take on the traditional sedan, but there is some really cool stuff inside. During autonomous driving, the steering wheel retracts into the dashboard, and the driver's chair can spin around for easier interaction with the passengers. There's also a weird rear seating layout that puts a large lounger in the center and smaller spots to sit on each side of it.