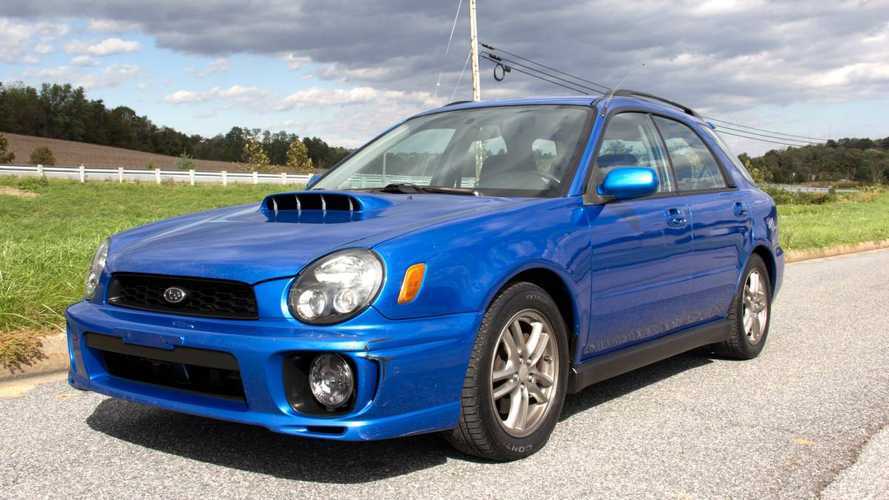 How willing is your wallet to pick up this turbocharged AWD wagon?

The used car market is always an interesting part of the automotive industry, never having a dull moment. For most brand new cars that leave the dealership, depreciation immediately occurs and will never be valued at the same amount they were sold again. However, there are some exceptions like old supercars from the likes of Lamborghini or Ferrari. Take a look at how crazy the air-cooled Porsche market blew up over the recent years. Even BMW E30 M3s prices are taking off like gangbusters. For this 2002 Subaru WRX Wagon in Westminster, MD, the same trend seems to be happening. The seller is asking for $7,500. Wait, say that again?

In the Craigslist ad, the seller mentions that the 16-year-old wagon is adult owned (thank goodness) and has been used as a daily driver for years without any issues despite having 235,000 miles on the odometer. When new, the 2.0-liter turbocharged flat-four engine generated 227 horsepower to the crank. With a few modifications including an OEM VF43 turbocharger from a 2007 STI and a tune, the car now puts down 276 hp to all four wheels at 16psi – essentially turning it into an STI Wagon. The 5-speed manual transmission was rebuilt at 224,000 miles and Motul fluids are always used when servicing. That’s a very good sign.

Looking at the exterior, the WRX Wagon appears to be complete bone stock minus the slight drop in ride height thanks for a set of TEIN H-Tech lowering springs. The original wheels were also ditched in favor of 2005 WRX wheels, which add a nice touch. There are a few minor scruffs on the front and rear bumpers, but not anything too alarming. The interior is quite mint for the amount of miles that the car has been driven. Some suspension bushings were replaced and a new set of winter tires have been installed.

After doing a quick Kelly Blue Book check, the car should be worth no more than half of the asking price. To most consumers coming across this ad, it’s a rip off. For car enthusiasts that love the WRX Wagon, the $7,500 will be worth every penny. Sometimes, you just can’t put a price on nostalgia.