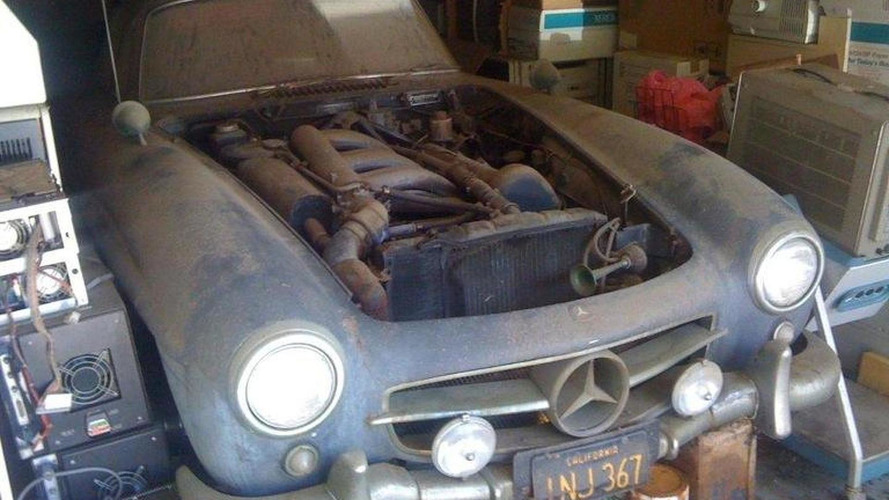 Yet another classic automobile is recovered in a barn/garage find. This time it's an alloy-bodied 1955 Mercedes-Benz 300 SL gullwing coupe - one of 29 competition specials built in Stuttgart.

Yet another classic automobile is recovered in a barn/garage. This time it's an alloy-bodied 1955 Mercedes-Benz 300 SL gullwing coupe - one of 29 competition specials built in Stuttgart.

According to Rudi Koniczek of Victoria, British Columbia-based shop, Rudi and Company, only 28 of these alloy-bodied specials have been accounted for, with the last remaining unit number 21 missing for many years.

Koniczek is no stranger to this special model as he has performed restorations of the number one and six units. But this gullwing is even more special as it still in the possession of the original owner. On the auction market this adds substantially to its value which is said to be well into the seven figures.

Located in Santa Monica, California, the gullwing coupe was rumored to have existed in the area for some time. It wasn't until after the Vancouver Sun investigated they were able to locate the owner. Koniczek was then brought in to verify the find for a potential buyer but not without doing some digging first.

As the story goes, the gullwing was given to Tom Welmers as a college graduation gift from his parents. He drove it until the early 1970s when the transmission died. After attempting to fix it, Welmers never got around to finishing the job. So it sat... for forty years. During that time, the barn gradually collected stuff. According to Koniczek associate Robert Dening of Spirited Automobiles, it took Koniczek, "his friend and three hired laborers two 10-hour days just to clear enough space around the car to walk around it." It was at this point that Koniczek was able to lay a magnet on the body and confirm the lack of attraction indicating it was indeed an alloy body.

The vehicle currently resides with Koniczek in his Victoria shop and is currently under contract, by a buyer ironically located in Santa Monica, to restore the vehicle to its original condition.