The automaker is accelerating its restructuring plan.

General Motors is making money, but that isn’t stopping the big Detroit automaker from accelerating a massive restructuring plan. In an announcement today, the company said it would reduce salaried employees – including salaried contract staff – by 15 percent. That figure includes a cut to executive positions by 25 percent, a move that will “streamline decision making” according to GM’s press release, which you can see below.

The Battle Of Lordstown: 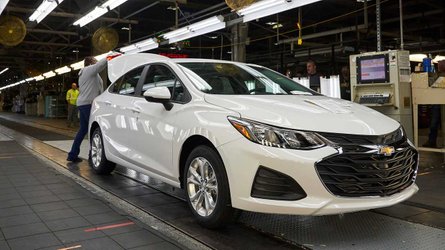 In addition, numerous GM plants in the U.S. and Canada could ultimately close down. There aren’t any official closings as of yet, but the manufacturer will not allocate new products to three assembly plants and two propulsion plants next year. Locations include assembly plants in Lordstown, Ohio, Detroit-Hamtramck, and Oshawa, Ontario. Propulsion plants in White Marsh, Maryland and Warren, Michigan are also on the list. It’s expected current operations at these locations will continue through 2019, but with no new product allocations after that, the future of these locations – and the jobs associated with them – are certainly in question.

Additionally, no new product allocations also means that vehicles associated with these plants will likely be going away, and it looks like GM is following Ford's footsteps by killing sedans. The Cadillac XTS, Buick LaCrosse, Chevrolet Cruze, Cadillac CT6, and Chevrolet Impala are seemingly among the vehicular casualties.

GM is shaking things up: 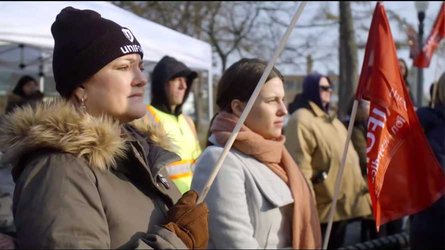 GM Offers Buyouts To 18,000 Workers Despite Banking $2.5B Profit

The catalyst for this is GM’s grand plan to transition deeper into advanced technologies, which in this day and age generally means electric and autonomous development. There’s also no denying the shift in sales from sedans and compact cars to SUVs and crossovers of all sizes, not to mention pickup trucks. Ultimately, GM hopes the changes will free up $6 billion by the end of 2020.

“The actions we are taking today continue our transformation to be highly agile, resilient, and profitable, while giving us the flexibility to invest in the future,” said GM Chairman and CEO Mary Barra. “We recognize the need to stay in front of changing market conditions and customer preferences to position our company for long-term success.” 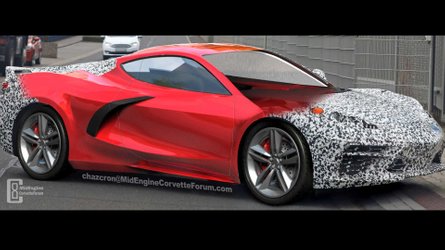 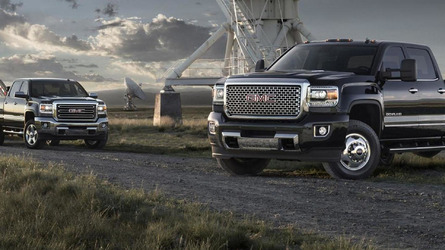 GM Will Keep Building Old Silverado, Sierra For Another Year

The announcement comes less than a month after the auto giant offered a severance program to 18,000 salaried employees with a minimum of 12 years at the company. That program was set to end on November 19, though with the scope of this latest announcement we suspect not many workers took the deal. It also comes just a month after GM reported a 6.4 percent rise in third-quarter revenue, with profits totaling $2.5 billion. As we said at the beginning, GM is making money.

There’s no denying, however, that sales in some automotive segments – specifically sedans – are falling through the floor. 2018 has also been a tough year overall for sales and growth in the segment, so it would seem GM is trying to stay ahead of the curve this time. Either way you cut it, things could be getting very thin at the automaker sooner than everyone expected.

DETROIT – General Motors (NYSE: GM) will accelerate its transformation for the future, building on the comprehensive strategy it laid out in 2015 to strengthen its core business, capitalize on the future of personal mobility and drive significant cost efficiencies.

Today, GM is continuing to take proactive steps to improve overall business performance including the reorganization of its global product development staffs, the realignment of its manufacturing capacity and a reduction of salaried workforce. These actions are expected to increase annual adjusted automotive free cash flow by $6 billion by year-end 2020 on a run-rate basis.

“The actions we are taking today continue our transformation to be highly agile, resilient and profitable, while giving us the flexibility to invest in the future,” said GM Chairman and CEO Mary Barra. “We recognize the need to stay in front of changing market conditions and customer preferences to position our company for long-term success.”

Contributing to the cash savings of approximately $6 billion are cost reductions of $4.5 billion and a lower capital expenditure annual run rate of almost $1.5 billion. The actions include:

In addition to the previously announced closure of the assembly plant in Gunsan, Korea, GM will cease the operations of two additional plants outside North America by the end of 2019.

These manufacturing actions are expected to significantly increase capacity utilization. To further enhance business performance, GM will continue working to improve other manufacturing costs, productivity and the competitiveness of wages and benefits.

Barra added, “These actions will increase the long-term profit and cash generation potential of the company and improve resilience through the cycle.”

GM expects to fund the restructuring costs through a new credit facility that will further improve the company’s strong liquidity position and enhance its financial flexibility.

GM expects to record pre-tax charges of $3.0 billion to $3.8 billion related to these actions, including up to $1.8 billion of non-cash accelerated asset write-downs and pension charges, and up to $2.0 billion of employee-related and other cash-based expenses. The majority of these charges will be considered special for EBIT-adjusted, EPS diluted-adjusted and adjusted automotive free cash flow purposes. The majority of these charges will be incurred in the fourth quarter of 2018 and first quarter of 2019, with some additional costs incurred through the remainder of 2019.