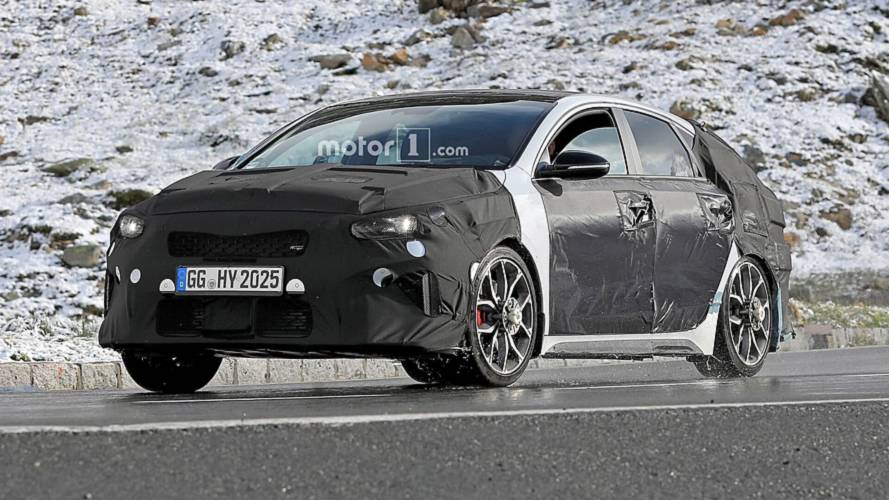 If last year's Proceed concept was any indication, the production model will be a stunner.

With the third generation of the Ceed, Kia has decided to kill the three-door model and lose the apostrophe as well. But while the coupe model has been axed, the Proceed name will live on for an entirely different body style. After catching a glimpse of the shooting brake more than a month ago, our spies have now sent us the first shots depicting the sportier GT model slated to sit on top of the range.

Even though this is just the first batch of spy images, the prototype already had the full production body and even carried the “GT” badge on the front grille. Beefy alloy wheels with red brake calipers further denote we’re dealing with the sportier version, as does the pair of large exhaust tips at the back. Peeking through the camouflage at the front are the large side air intakes of the bumper, while the LED headlights appear to resemble those of the regular Ceed.

It’s the back of the car we’re dying to see taking into account the Proceed concept unveiled at last year’s Frankfurt Motor Show had a superb rear end. From what we’re able to observe so far, the road-going model will have significantly bigger taillights and there’s a good chance these will meet in the middle like they did on the showcar. It goes without saying the production-ready model won’t look as nice as the concept, but even so it should be an interesting appearance in the mainstream compact segment.

In regards to power, Kia has already revealed the new Ceed GT will have just about the same power as the old. That means we should be expecting somewhere in the region of 200 hp and there’s a good chance it will be a similar story with the more practical Proceed GT. Don’t get your hopes up too high for a hotter version to match the Hyundai i30 N as Kia won’t make one out of concern that there wouldn’t be enough customer demand for it.

Kia has strongly hinted the Proceed will premiere in October at the Paris Motor Show, but we’ll have to wait until next year to see the GT.