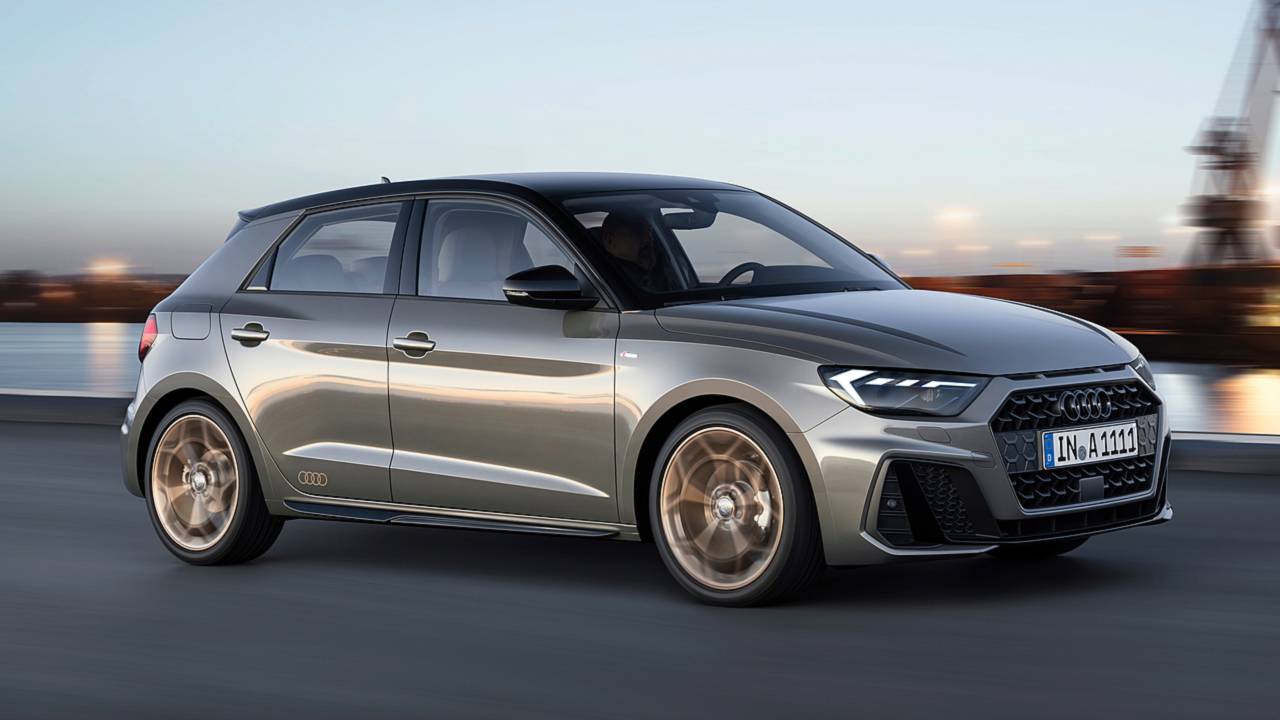 Audi thinks it would lure young buyers in dealers.

The new Audi A1 Sportback just debuted, and more information has already started leaking out about the upcoming, high-performance S1 variant. It debuts in late 2019, according to Autocar.

While the range-topping variant of the standard A1 Sportback packs a 1.4-liter turbocharged four-cylinder with 200 horsepower (147 kilowatts), the S1 reportedly gets a turbo 2.0-liter with 250 hp (186 kW). It should come as no major surprise that the Four Rings would offer the hot hatch version only with all-wheel drive. The additional power and lower weight from VW's MQB A0 platform should allow acceleration quicker than the existing, 231-hp (170-kW) S1 Sportback's run to 62 mph (100 kph) in 5.9 seconds.

Audi sees the S1 as a way to lure young buyers into dealers, according to Autocar. While styling details are still hazy, expect the new model to have sporty upgrades over the standard five-door like bigger wheels and a larger roof spoiler.

The new A1 Sportback is already a more aggressive looking machine than its predecessor, including takes cues from the original Quattro. Picking the optional S Line adds touches like larger larger air intakes, a vent below the hood, and bigger rear wing.

Inside, customers buying the small hatchback don't have to sacrifice getting cutting-edge technology. Available amenities include the Virtual Cockpit digital instrument panel. An 8.8-inch infotainment system comes standard, but an upgraded 10.1-inch version is available. Driver aids like lane-departure warning, pre-collision assist, and adaptive cruise control are optional, too. There's 2.3 cubic feet (65.1 liters) more cargo space in the back over the current A1 Sportback, too.

The 2019 A1 Sportback should be on sale in come European markets by the end of the year. Audi isn't yet releasing pricing details about it, though.