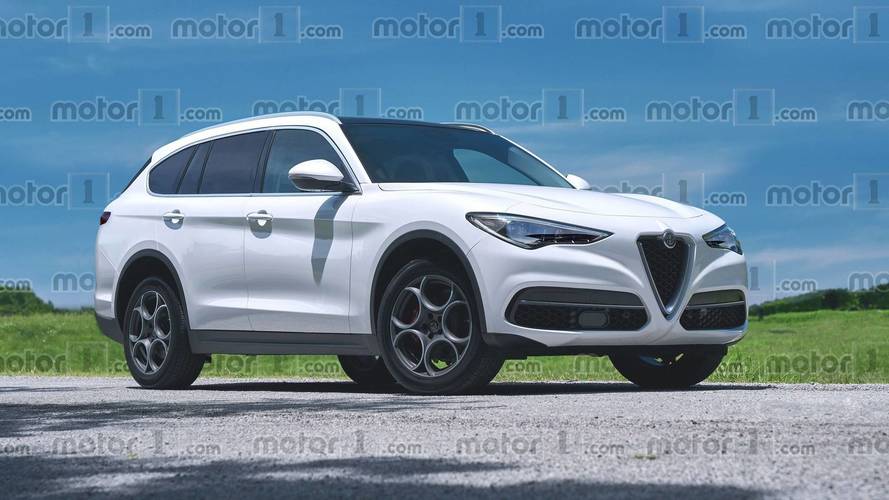 We know it's coming, but is it going to look like this?

It’s a known fact by now that the Stelvio, Alfa Romeo’s first-ever SUV, will be getting a bigger brother in the years to come. Slated to arrive around the end of the decade, the yet unnamed model will become the company’s biggest production car to date and will go up against the likes of the BMW X5 and Mercedes GLE – both of which are about to be overhauled.

For this week’s render, Motor1.com Italy has digitally imagined the upsized Stelvio, which will likely be offered with a seven-seat layout thanks to its more generous footprint. Alfa Romeo’s new design language has worked wonders for the Giulia and Stelvio, so we’re hoping it will be the same story with the big SUV.

In a recent interview with British media, the automaker’s technical officer, Roberto Fedeli, was eager to share some preliminary details about the new product. It’s set to feature a newly developed mild hybrid powertrain with a 2.0-liter gasoline engine working together with a 48-volt e-turbo setup. The added hardware corroborated with the bump in size will have an impact on weight as the large SUV is expected to be around 441 pounds (200 kilograms) heavier than the Stelvio.

In other news, FCA CEO Sergio Marchionne, revealed this week during the ongoing 2018 Detroit Auto Show that it’s only the beginning for Alfa Romeo’s long-awaited rejuvenation. According to our colleagues at WheelsMag, the man in charge of Fiat Chrysler Automobiles said the following:

“We’re in nursery school. I think we just started.” He went on to specify we will have to wait until 2022 to see all of the new products the company is currently working on, adding that it “would be economically suicidal for FCA” not to develop Alfa and Maserati. With SUVs being hugely popular these days, it makes sense that a bigger model is in the works as the Italians surely want to strike while the iron is hot.