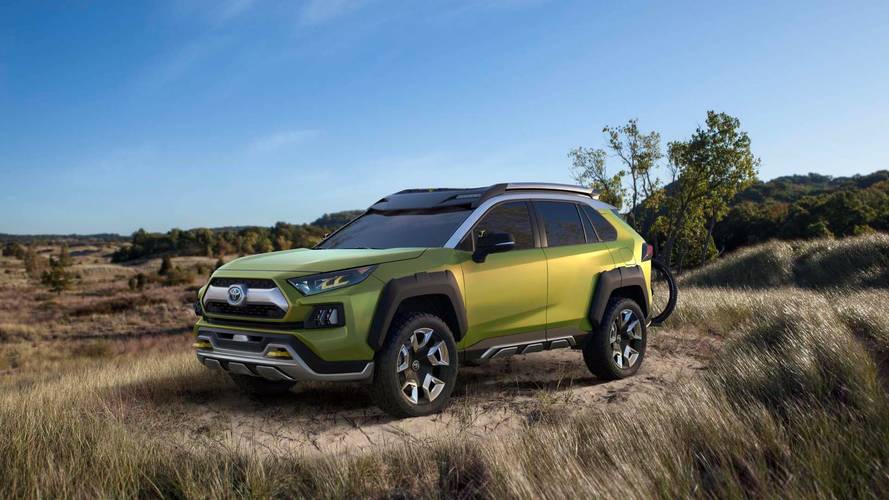 In a market dominated by crossovers, the mere suggestion Toyota is contemplating about producing its funky Future Toyota Adventure Concept crossover (FT-AC) shouldn’t come as a surprise. Toyota unveiled the concept last year at the Los Angeles auto show as a design experiment. However, a recent interview between Jack Hollis, group vice president and general manager of the Toyota division, and AutoGuide.com suggests the Toyota FT-AC could soon see production.

Hollis compared interest in the FT-AC similar to that of the Toyota FJ Cruiser. He said about the FJ, “Customer feedback was so strong, what did we do? Got the product out in about two years that looked almost identical to the product we brought out on stage. I would put FT-AC in a similar boat.”

It’s hard to say how much of the concept would actually make it into production. For example, the FT-AC has cameras built into the side mirrors that can snap photos or video. The LED roof rack can be used as a camera flash. The infrared cameras on the concept are removable, as are the fog lights, which can be used as flashlights. These are all very neat innovations but could prove difficult to flesh out in a production version.

When Toyota unveiled the crossover, the automaker said it was imagined the FT-AC as a gas-powered vehicle with a torque-vectoring all-wheel-drive system with four-wheel lock functionality. However, a next-generation hybrid powertrain could also be used.

For as neat as many of features are, the overall design of the FT-AC doesn’t feel too far removed from what could be seen hitting the production line. The front and rear fascias are a bit wild, but those can easily be toned down for a mass audience. There are skid plates, massive 20-inch, and enough tough-looking plastic cladding to appease your mainstream off-road aficionado.

With crossovers selling as well as they are right now, it makes sense Toyota would venture over to the quirky side of the crossover pond. With automakers rushing to fill every nook and cranny of various-sized crossovers, seeing the FT-AC marketed as a light-duty off-road vehicle from Toyota could be pretty cool, especially if some of those unique cameras and lighting features come along with it.