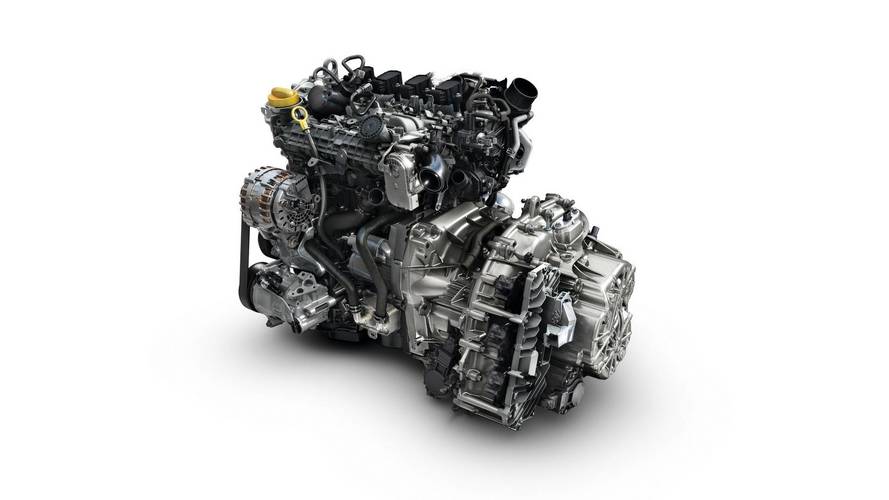 The Renault-Nissan Alliance is presenting a newly developed 1.3-liter gasoline engine that has come to life as a result of a partnership with Daimler. Available with both manual and dual-clutch automatic gearboxes, the four-cylinder unit with a displacement of 1,330cc is making its debut in the Scenic and Grand Scenic duo of MPVs, with other models carrying the diamond logo to get the new Energy TCe unit in 2018.

It will be available in three different configurations, starting off with the base Energy TCe 115 flavor set to produce 115 horsepower (85 kilowatts) at 4,500 rpm and a maximum 162 pound-feet (220 Newton-meters) of torque that will kick in from 1,500 rpm. You should know that this entry-level version will be teamed up exclusively with a six-speed manual gearbox whereas the other two will be optionally available with a seven-speed EDC.

An interesting fact about the three-in-one TCe gasoline engine is represented by its cylinder coating technology borrowed from the Nissan GT-R’s engine. According to Renault, it has boosted efficiency by diminishing friction and optimizing heat transfer. Not only that, but the four-cylinder boasts something called Dual Variable Timing Camshaft, which improves low-end torque and grants a more linear torque delivery at higher rpms.

With Mercedes being involved in the project, it wouldn’t be too far-fetched to assume the engine is going to be offered in the company’s next generation of compact cars. We should have an answer in just a few months when the new A-Class will make its official debut.

Boulogne-Billancourt, December 7, 2017 – Renault today introduced a new direct injection turbocharged 1.3 petrol engine co-developed by the Alliance and Daimler. Inaugurated on the Scénic and Grand Scénic it will be progressively offered in the Renault range beginning in 2018. This new engine offers significant improvement in driving pleasure, with better torque at low rpm and greater and constant availability at high rpm, while reducing fuel consumption and CO2 emissions.

“Our new petrol engine embodies all the expertise of Groupe Renault’s engineers, the Alliance and our partner Daimler. It meets the quality standards of both the Alliance and Daimler, with more than 40,000 hours of testing. Compared with the Energy TCe 130, the new Energy TCe 140 delivers 35Nm additional peak torque which is available across a broader rev band, from 1,500rpm to 3,500rpm,” said Philippe Brunet, Alliance Global VP – Powertrain & Electric Vehicles.

This new petrol engine block, coupled with manual gearboxes and EDC dual-clutch automatic transmissions, is available in a variety of power ratings from 115 hp to 160 hp. It incorporates several recent Alliance-developed innovations, including Bore Spray Coating, a cylinder coating technology from the Nissan GT-R engine, which improves efficiency, by reducing friction and optimising heat transfer. Other technologies enhance driving enjoyment and reduce fuel consumption and CO2 emissions:  the pressure of the direct fuel injection has been raised by 250 bar and a specific combustion chamber design optimises the fuel/air mix. In addition, ‘Dual Variable Timing Camshaft’ technology controls the intake and exhaust valves according to engine loads. The result is more torque at low revs and more linear torque available linearly at high revs, for significant benefit for our customers in terms of driving comfort with better mid-range response.