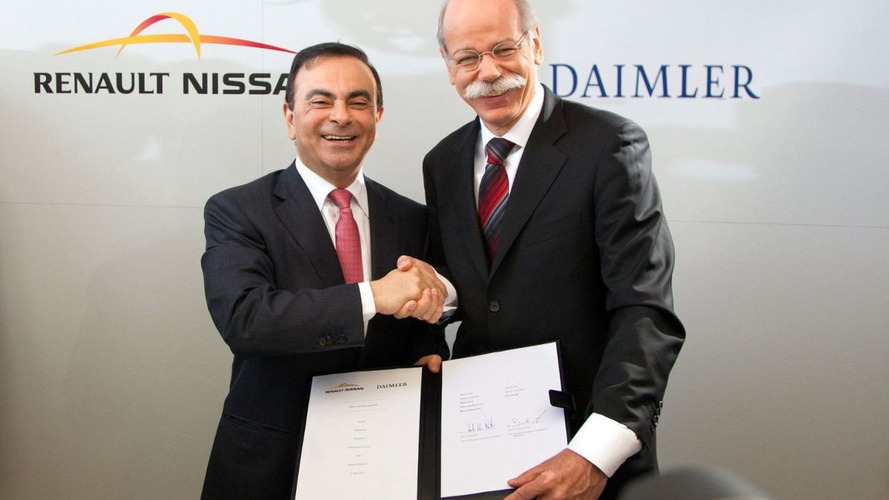 Daimler, Renault and Nissan have announced the formation of a new global alliance. The three will cooperate in the fields of engine development, light commercial vehicles and minor shareholdings.

German, French and Japanese automotive conglomerates Daimler, Renault and Nissan respectively have signed a cooperate agreement that comes into effect immediately. Renault and Nissan already have a wide-ranging alliance and are both run by the same man in Carlos Ghosn.

The new agreement involves the sharing and co-development of petrol and diesel engines, a cross-pollination of shareholdings and co-operation in the commercial vehicle sector. Basically each company will end up holding a 3.1% share in the other two.

Renault is now working with Mercedes-Benz in the development of the next-generation smart fortwo and Renault Twingo, both of which will be electric powered, rear-wheel-driven and can be expected to launch in 2013.

On the engine side, Renault and Nissan will provide 3 and 4-cylinder engines (petrol and diesel) to Daimler to use in its future small premium cars. On the other hand Daimler will give some of its existing 4 and 6-cylinder petrol and diesel engines to Nissan's luxury brand Infiniti. All engines will be made to fit the characteristics of each particular brand.

Finally the three companies will be working together in the light commercial vehicle sector where Mercedes-Benz for example, will produce a new entry-level vehicle from 2012 using Renault's basic architecture.

A steering committee headed by Daimler chairman Dieter Zetsche and Ghosn has been set up to manage the new alliance.