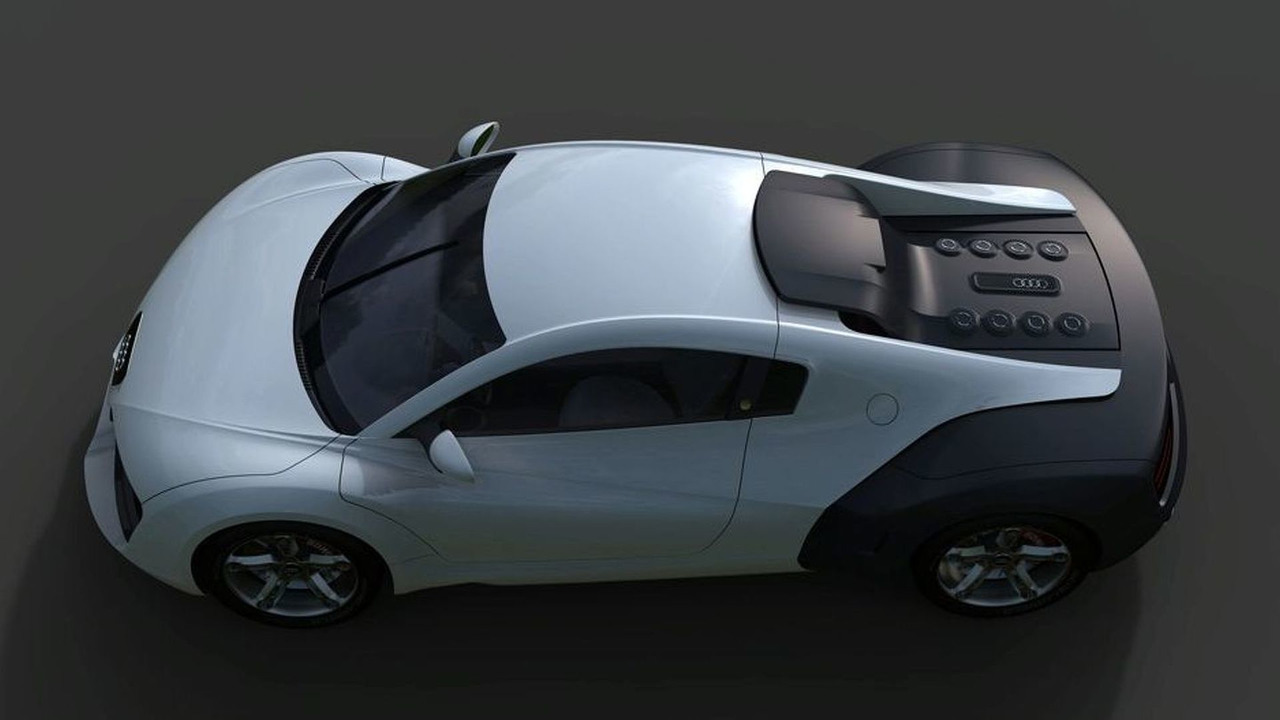 RS7 imagining features design elements from the current R8 but with a distinctive face and more pronouced curves over the front wheel wells.

This is an artist's imagining of a possible Audi RS7.

This RS7 rendering sees the car with a rear-mounted engine, with design elements much like the current (real) Audi R8, including the contrast in color between the engine bonnet and the rest of the body.

The horizontal design lines resonate Lamborghini, just like the R8 does, but also provide a larger curve over the front wheel wells adding a more organic touch to the RS7.

The front face comes with a very distinctive double-gaping mouth, with minimalist LED headlamps and two small, round lights at the center.

The scissor/gullwing doors are another special feature, borrowed from some Lambo models as well.

This design study is a creation of Adriano Mudri, and Austrian industrial designer with a degree from the University of Applied Sciences in Graz, Austria. Mudri has also worked a 10-month stint as an exterior designer for Magna Steyr.