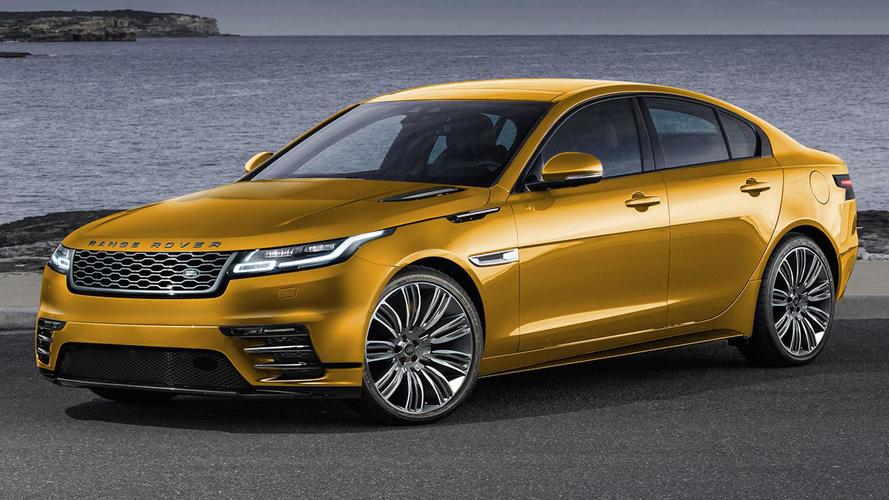 Rumor has it that Land Rover may be interested in building a sedan. The luxury SUV manufacturer said in an interview that the "Road Rover" nameplate could make its way to an electric vehicle by 2019. That proposed new model wouldn’t be an off-roader, instead it would emphasize luxury and design, and would be based on the same platform as the upcoming Jaguar XJ.

So, with all that information in mind, one designer got to work on bringing to life the proposed Road Rover vehicle of the near future. Kleber Silva, an artist based in Sao Paulo, Brazil, has digitally imagined a Road Rover Velar sedan. Like the name suggests, it borrows a number of design cues from its SUV sibling – and it looks good doing it.

Up front, the sleek fascia and rectangular grille carry over from the Velar SUV, with similar vents and LED light fixtures noted throughout. The same wheels also carry over, and out back the sharp rear is accented by a pair of Range Rover-styled taillights. The body is finished in a polarizing bright gold paint.

Love it or hate it, the project is definitely unique, and looks like something that could realistically join the lineup. Like the earlier report suggests, the proposed concept would use an electric powertrain – so no need for all those vents – and would sit towards the higher end of Land Rover’s lineup.

When it does hit the market officially, the Road Rover production model will share its aluminum-intensive platform with the upcoming new Jaguar XJ. Two-motor electric motors will power the vehicle, sending instant torque to all four wheels, and allowing for a range of at least 300 miles (482 kilometers). We’ll just have to wait until 2019 to see if the proposed sedan actually comes to fruition.