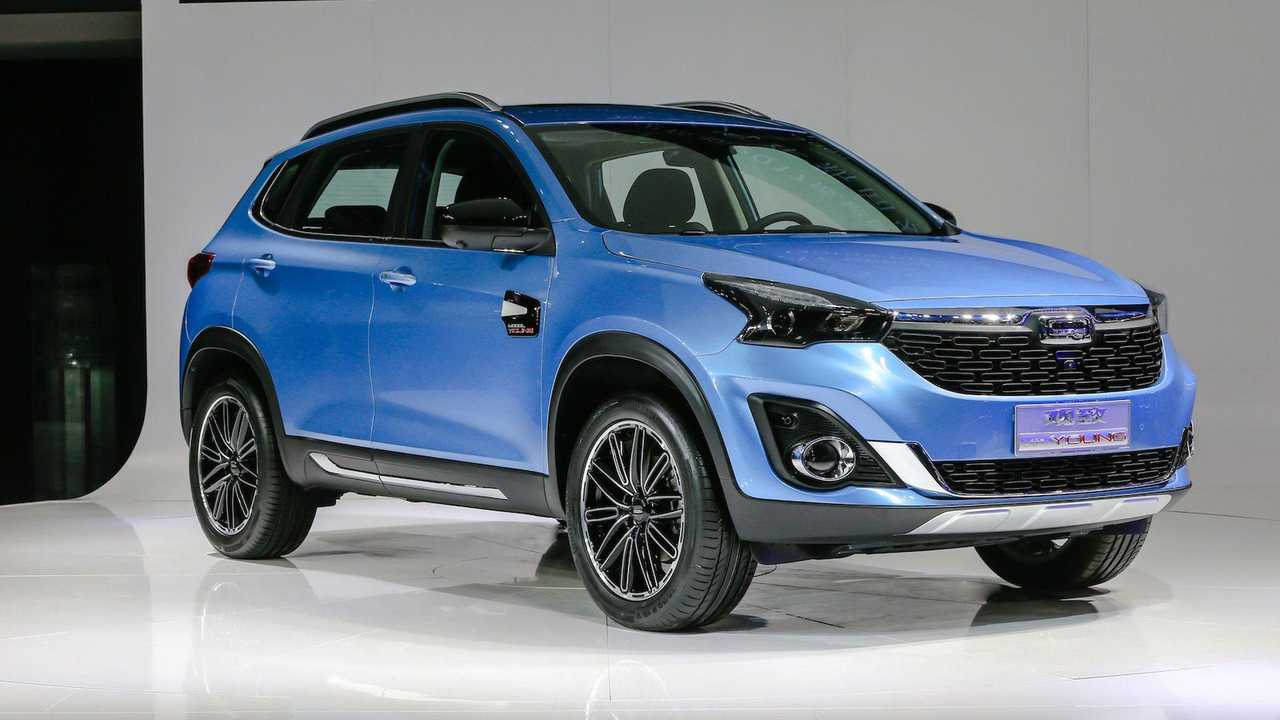 But as long as you feel young at heart, age is just a number.

Qoros is looking to capitalize on the high demand for SUVs in China with the new compact Young unveiled at the 2017 Chengdu Motor Show. It’s stylish body bears a striking resemblance to the Chery Tiggo 7, which is not exactly a big surprise considering Chery owns half of Qoros while the other half belongs to investment company Kenon Holdings based in Singapore.

The Young compact SUV will target what Qoros describes as being the “new premium mainstream consumer” and will serve as the brand’s first model from its third series, following the Qoros 3 and Qoros 5 lineups. Using the same modular T1X platform as the equivalent Chery (pictured in red), the high-riding vehicle stretches at 177 inches (4.5 meters) and has an appearance pinned by ex-Mini chief designer Gert Hildebrand.

It looks quite nice inside and out, but potential customers should know they will be stuck with a turbocharged 1.5-liter gasoline engine delivering approximately 150 horsepower. There aren’t going to be any gearbox choices either as the power transfer to the road will be done exclusively through a dual-clutch, six-speed automatic transmission. There’s no word just yet about the possibility of an all-wheel-drive layout, so chances are the Young will come only in a FWD configuration.

It can be best described as a more upmarket version of the Chery Tiggo 7 for people willing to pay extra in order to benefit from the higher quality delivered by Qoros, which is taking shy steps into premium territory. The company founded 10 years ago failed to gain traction in Europe in recent years, but the newcomer in the automotive industry aims to make a comeback sometime in the future.

The Young compact SUV follows the brand’s previous reveal, the spectacular Model K-EV concept with asymmetrical doors and four electric motors delivering an immense 870 hp (648 kW) for a run to 62 mph (100 kph) in less than 2.7 seconds.