Prepare To Be Confused By Audi's New Double-Digit Naming Scheme 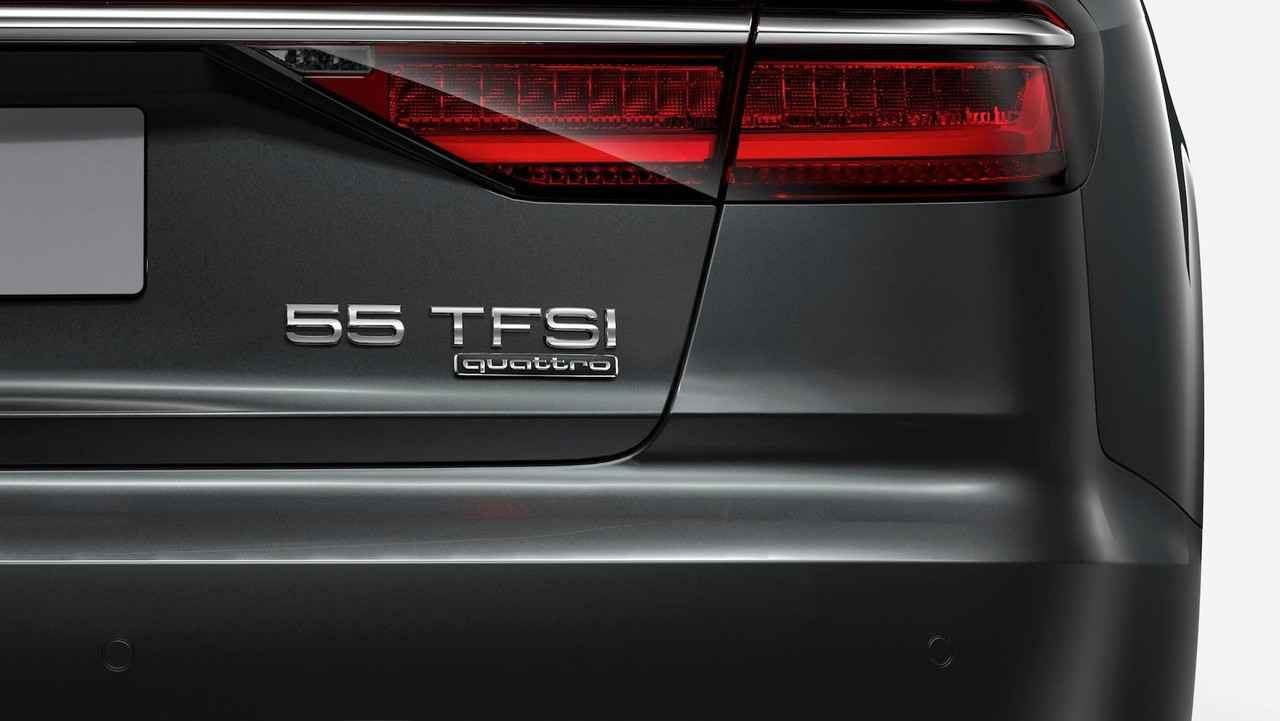 Every new Audi will include a number ranging from 30 to 70 on its backside.

Audi’s current vehicle lineup is symbolized by a single letter, followed by an accenting number, representing both the class and type of vehicle. Pretty straightforward. The A1, for example, is the smallest car-based offering in the lineup, and the Q7 is the largest SUV offering (until the Q8 arrives, at least).

But now Audi is deciding to make things even more complicated, for reasons we can’t fully understand. Two numbers will now be added to the back of every Audi vehicle alongside the current model designation and engine type. The numbers will depend on power output, and will range from 30 to 70.

At the top of the range, the number "70," will signify Audi’s performance class, with models producing more than 536 hp (400 kW). Each of the numbers will be placed alongside TFSI, TDI, G-tron, or E-tron badges that may already be present. The chart below should help you somewhat decipher the confusing new nomenclature:

The number combinations are said to better identify Audi’s product range, especially those with electric and hybrid powertrains, as well as represent a hierarchy within the brand’s overall model range. "As alternative drive technologies become increasingly relevant, engine displacement as a performance attribute is becoming less important to our customers," explained Dr. Dietmar Voggenreiter, Board of Management Member for Sales and Marketing at AUDI AG.

"The clarity and logic of structuring the designations according to power output makes it possible to distinguish between the various performance levels."

The changes will begin with the new Audi A8, which will be available beginning this fall. The two six-cylinder engines will be predesignated with "50 TDI" and "55 TFSI" badges, representing power outputs of 286 and 340 hp (383 and 455 kW) respectively. In the months that follow, all Audi models will be launched with the new designation.

Audi is adopting a standardized nomenclature for the power output designations of its worldwide range of automobiles. The names of the model series – from Audi A1 to Audi Q7 – will remain unchanged. Within the model families, combinations of two numbers will replace the various type designations previously used. The new designations stand for the specific power output and apply both to cars with combustion engines and to e-tron models with hybrid and electric drives.

The reference value for the new model designations is the power output of the individual model in kilowatts (kW). Audi is thus subclassifying its model range into different performance levels – each identified by a two-numeral combination. For example, the numeral combination “30” will appear on the rear of all models with power output between 81 and 96 kW. And “45” stands for power output between 169 and 185 kW. The top of the Audi model range is the performance class above 400 kW, which is identifiable by the number combination “70”. In each case the numerals appear along with the engine technology – TFSI, TDI, g-tron or e-tron.

“As alternative drive technologies become increasingly relevant, engine displacement as a performance attribute is becoming less important to our customers. The clarity and logic of structuring the designations according to power output makes it possible to distinguish between the various performance levels,” explains Dr. Dietmar Voggenreiter, Board of Management Member for Sales and Marketing at AUDI AG.

In the coming months, all Audi model series launched on the market will be assigned the new performance designations beginning when they are offered for sale. Audi will change the designations of the remaining model series in the current product range in time for the new model year changeover in summer of 2018.