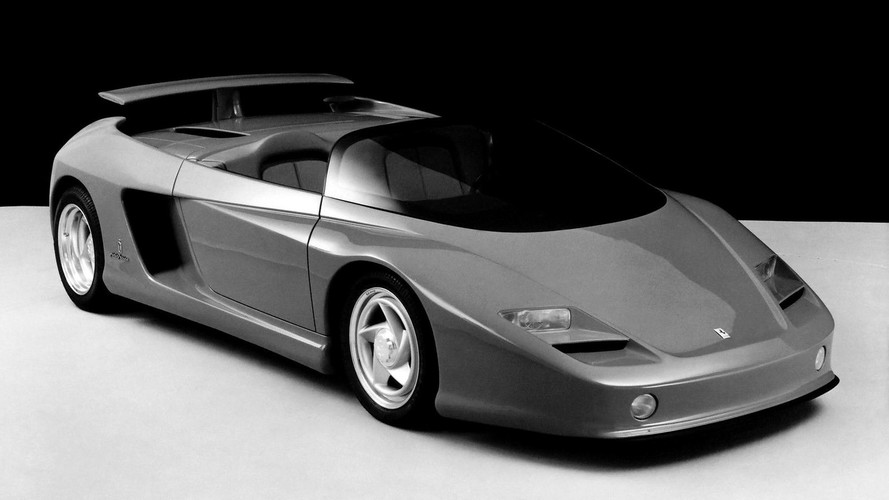 The Testarossa's alter ego was wider, yet shorter.

What’s not to like about a Testarossa speedster with a design that hasn’t aged at all in almost three decades?

Ferrari has a prolific history of building interesting concepts, but for some reason the Mythos never really took off in terms of popularity. Much like the Testarossa upon which it was based, the rare prancing horse breed you might remember from the Test Drive III video game was styled by Pininfarina. Coupe, targa, and speedster body styles were considered, with the latter ultimately receiving the green light.

Envisioned as a Barchetta for the future, the Mythos received a completely different body made of composite materials, without a roof or side windows. Compared to the donor car, the concept shown originally at the 1989 Tokyo Motor Show was almost five inches wider and six inches shorter while the height was lowered by three inches, thus giving the showcar some appealing proportions.

Other Ferrari concepts from the series:

The futuristic body was envisioned with a long front overhang in the same vein as the Testarossa and received big side air vents together with a rear spoiler. The latter had the ability to automatically rise by as much as 30 centimeters (11.8 inches) and rotate 12 degrees to boost downforce whenever necessary. More aero tweaks were implemented at the front where there was a retractable panel underneath the bumper that moved 3 cm (1.2 inches). Factor in the bespoke alloy wheels with hidden screws, it’s easy to understand why someone paid a small fortune to own a Mythos.

That someone was none other than the Sultan of Brunei, known for his amazing car collection, and he actually asked Ferrari to build him two: one in red and the other finished in a blue shade. As far as rare Ferraris are concerned, very few other models can match the exclusivity of the Mythos Coupe.