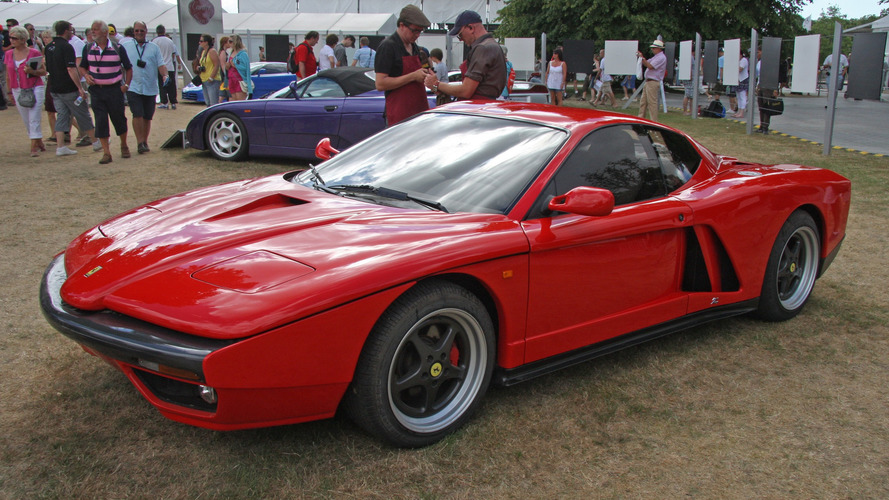 A peculiar prancing horse, the Formula Zagato 93 was an F1-influenced Testarossa.

Because it had a rather bold exterior design derived from the 1991 Ferrari 643 F1 car and with an unusual front bumper extending onto the wheel arches.

Far from being your ordinary Ferrari, the Formula Zagato 93 got a somewhat mixed reception at its debut during the 1993 Geneva Motor Show, mainly due to its very sharp body, penned by Ercole Spada, who was at that time the lead designer at Zagato. The idea behind the concept was to morph Ferrari’s Formula 1 car from the 1991 season into a road-going model based on the 512 TR / Testarossa.

The original two-tone livery with a massive prancing horse on the sides was thankfully dropped following the car’s debut at the auto show, with the famous Italian coachbuilder deciding to give the F.Z. 93 a much more appealing all-red look and a new name: “ES1” (after the designer). Both bumpers along with the side skirts and a portion of the rear deck were left unpainted to show off the carbon fiber.

As you would expect from a project pinned by Zagato, the unique Ferrari received a “double bubble” roof as seen most recently on the Aston Martin Vanquish Zagato. The F.Z. 93 / ES1 has an interesting front bumper that extends onto the sides to partially double as the wheel arches.

Check out the most recent articles from the series:

It looked futuristic, at least for 1993, but it certainly won’t go down in history as one of the most beautiful Ferraris of all time. That being said, its F1-style nose was later implemented in a variety of supercars and you could say that in some ways the Enzo inherited some cues from it.

If you’re wondering what happened to the car, in 2010 it was listed on Mobile.de for a cool €1 million and at that time it had just 435 miles (700 kilometers) on the odometer. Fast forward to present day, the F.Z. 93 / ES1 resides at Zagato’s showroom in Milan, Italy.