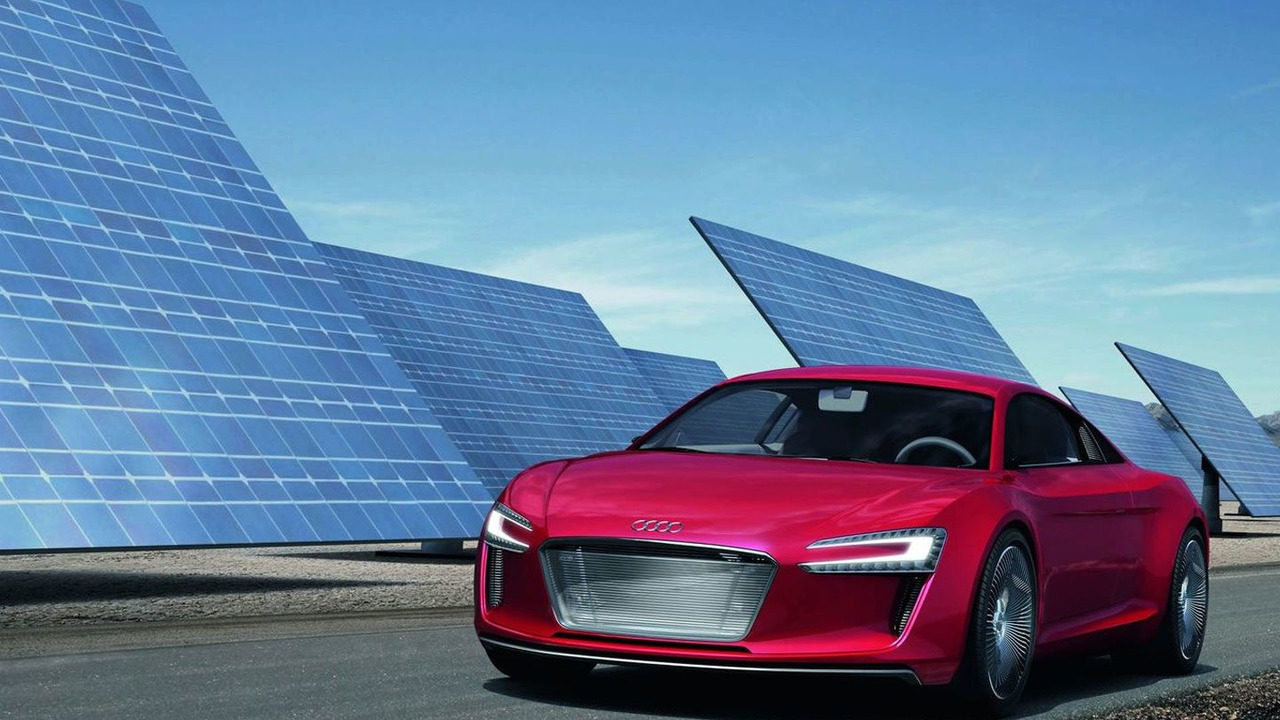 Some official details of the all-electric Audi R8 e-Tron have been revealed a mere few hours before its official Frankfurt unveiling. Using four electric motors on each wheel the car apparently makes 230kW and a stupendous truck-like 4,500Nm of torque!

It's official. The Audi R8 e-Tron Concept has finally been unveiled and we have plenty of details on the powertrain and other information. With the other two premium-segment Germans presenting their own interpretation of the electric super car, Audi would not be left behind.

Ingolstadt's ace up the sleeve is this all-electric R8 which is set to take on anything from Tesla or any other ‘green' supercar. There are no sneezing V10 engines here and certainly no big exhaust pipes at the rear. Instead the e-Tron has four electric motors, one for each wheel, driving up to 70% of power to the rear wheels. They offer a total system output of 230kW (313hp) and maximum torque of 4,500Nm. We have triple-checked and yes, it says 4,500Nm (3,319.03 lb-ft)! These figures translate to a 0 - 100km/h time of 4.8 seconds, a top speed of 200km/h and a range of about 248km on full lithium-ion power.

Recharging the 213kg battery pack at the back to full capacity requires six to eight hours on a normal 220V outlet while a 400V plug will do the job in about two and a half hours.

As far as its looks, the e-Tron's appearance is fronted by the slit-like LED headlights which are complimented by the wide single-frame grille and additional air intakes. It is 4.2m long, 1.9m wide and 1.23m high. Body mass is said to be 1.6 tons thanks to the liberal use of space frame aluminium technology and reinforced plastic for the body.

Now we wait and see which of the Germans puts their electric supercar first on the road and how close they stay to their concept.