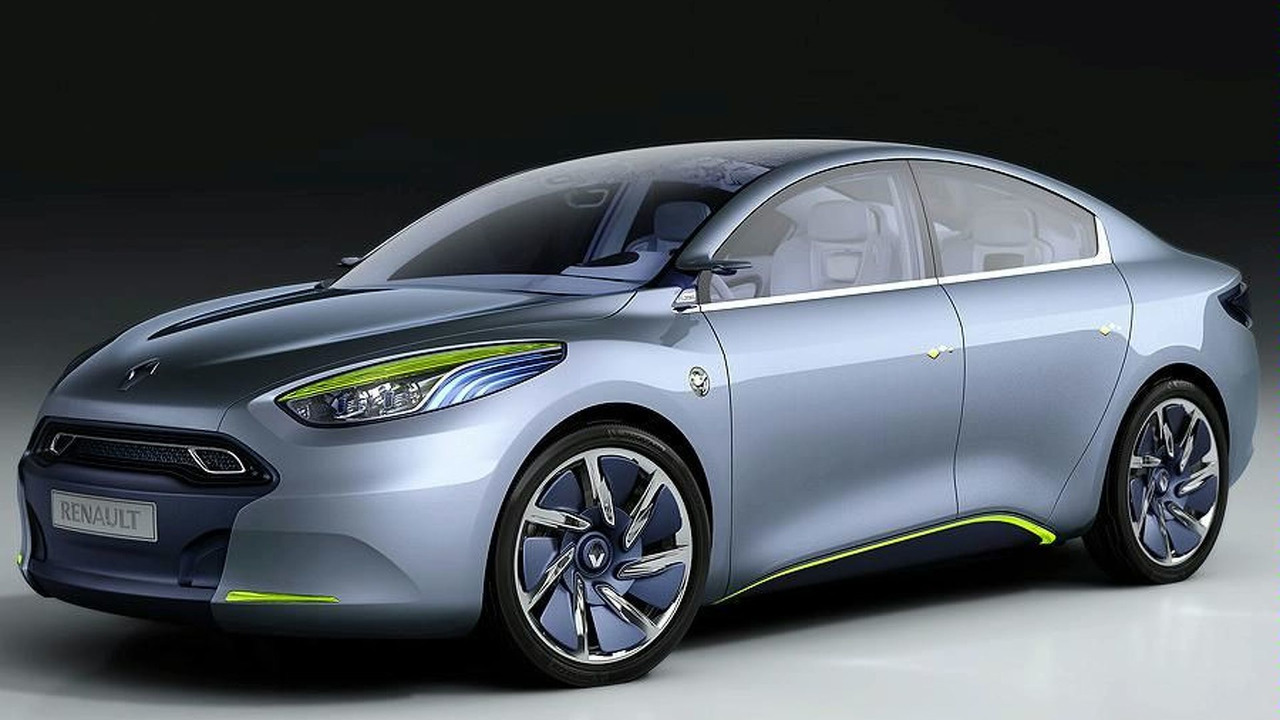 Pictures of the Renault Fluence Zero Emission concept have come out ahead of the car's imminent Frankfurt arrival. This Fluence already has a petrol and diesel-powered sibling confirmed.

After confirming the Fluence production model, Renault is now set on introducing a zero-emissions version of the car at the Frankfurt Motor Show. Scheduled as one of the four ZE concept cars to be seen on the Renault stand, the Fluence Zero Emission Concept has a panoramic glass sunroof that may also act as a solar panel.

One of the teaser pictures shows the car seemingly heading into a sort of battery recharge station. Therefore expect a full electric vehicle and not some sort of hybrid. The powertrain would certainly be shared between the French conglomerate and its Japanese partner Nissan.

That means much of the driving technology could be the same as that found in the newly-revealed Nissan LEAF EV. The LEAF uses a set of laminated lithium-ion batteries and an electric motor making 90kW (122hp) and 80kW (109hp) respectively. The whole system makes a maximum torque figure of 280Nm. The word "Li-ion" appears inside the open boot which might mean this is where the battery pack is stored instead of the usual under-floor.

Watch this space for further details and photos.