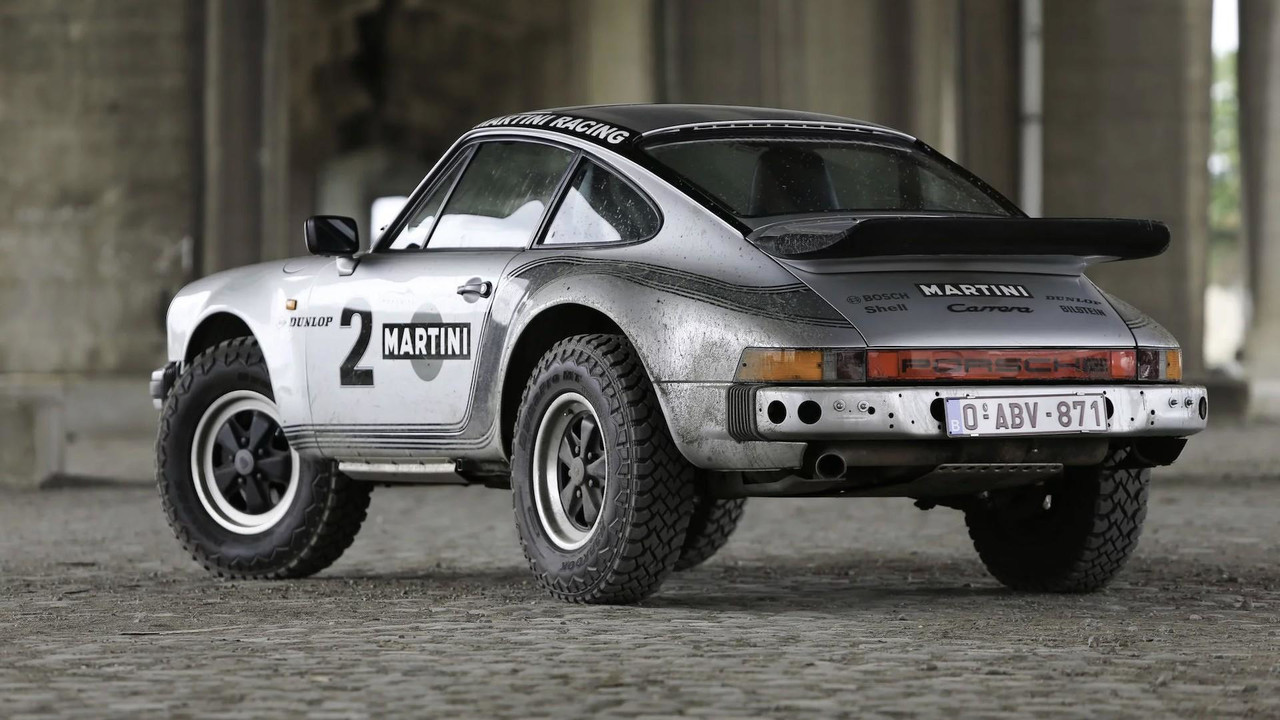 Even in the city, the biggest potholes would be no match for this Porsche.

In the late 1960s and early ‘70s, the Porsche 911 was a common sight at the top level of European rally competition, including wins at the Monte Carlo Rally in ’68, ’69, and ’70. While you aren’t going to see a Porsche at the top of the WRC results today, this 1978 911 Safari on James Edition would let its new owner emulate some of the model’s off-road glory. The monochrome Martini livery would only look better with some mud covering it.

In 2007, Erik Brandenburg competed in the Transsyberia Rallye in a 911 just like this. The old machine did better than anyone would have expected, including holding the overall lead at one point against factory-prepped Cayennes. Brandenburg finished with a class win and in ninth position overall. After the event, he decided to build three copies of his car. This is one of them.

The basic shell is a reinforced unit from a 911SC, and the engine comes from a later 3.2-liter Carrera. With 230 horsepower (172 kW), this Safari isn’t overly powerful, but shorter-than-normal gearing helps acceleration. Traction comes from a set of 215/85 off-road tires with ultra-high sidewalls on a set of 16-inch Fuchs wheels, and a limited-slip differential makes sure the power gets down too.

Buyers should have no worries about going off-road because the high-riding, rally-spec Bilstein coilover suspension can allegedly take a high-speed, 65-foot (20-meter) jump. Revised wheel arches allow for the extra wheel travel. Underneath, stainless steel panels protect the mechanicals from rocks or other obstacles.

This car was previously featured in an issue of 911 & Porsche World, and the owner linked to a scan of the article. According to the driver in that piece, low-speed driving can be a bit tough because of the unassisted steering and giant tires. Once up to speed, the machine is much easier to control and quite stable.

With 88,235 miles (142,000 kilometers) on it, this car has definitely seen some use. The 911 Safari is for sale in Tienen, Belgium, for 129,900 euros ($148,306 at current exchange rates). Since the vehicle is over 25 years old, a well-heeled buyer in the United States shouldn’t have too many issues getting it into the country. It would look perfect with the Keen Project Safari #4 that Motor1 highlighted earlier in 2017 (below).

Porsche 911 By Singer For Sale