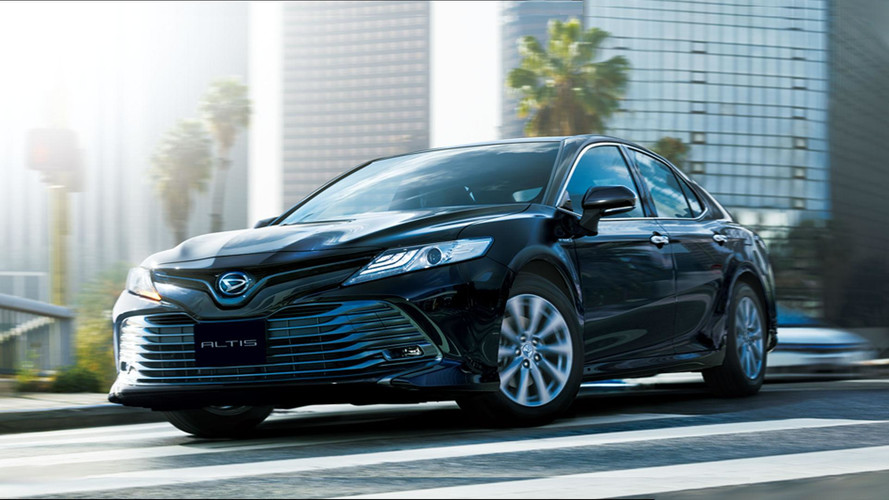 It looks like a Camry because it is a Camry.

It was in May 2012 when Daihatsu introduced its first hybrid passenger car ever – the Altis. Now, the midsize sedan is making the transition towards a new generation and once again it looks very familiar. The reason for that is quite simple: the new Altis is simply a rebadged version of the 2018 Toyota Camry Hybrid. Compared to the model it replaces, Daihatsu says improvements have been made across all important areas: comfort, performance, efficiency, visibility, and luggage capacity.

The automaker is being coy about details concerning the new Altis, but we only have to look at the Camry Hybrid’s specs sheet to find them out. The 2.5-liter gasoline engine has been upgraded to deliver an additional 20 horsepower and 7 pound-feet of torque compared to the previous generation, so it now pumps out 176 hp and 163 lb-ft. Factor in the electric motor and the combined output grows from the previous 200 to 208 hp.

Don't hold your breath for a plug-in hybrid version of the Altis / Camry twins as Toyota has explained there is not enough space underneath the seats where the battery pack is located to add more. It would require installing the extra batteries somewhere else, which would make the car more expensive. Another downsize is the fact that these new batteries would likely end up in the trunk, thus eating into the cargo capacity.