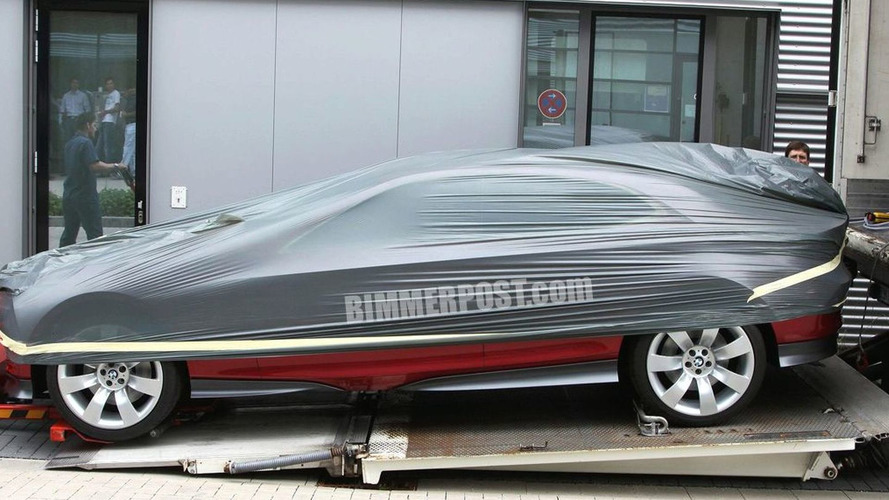 The first pictures of the BMW Z Vision Concept car have surfaced ahead of its public debut at Frankfurt. Initial impressions signal to a two-door sports coupe with some CS Concept design influences.

Gotcha! The BMW Z Vision Concept was caught on camera being carefully placed on its transport en route to the 2009 Frankfurt Motor Show. These are the first pictures of the Z Vision Concept which has been rumoured for months now. At a media announcement a week ago BMW called it the EfficientDynamics Vision. Initial stories talked of a two-seat sports car with a difference; it would use not fossil fuels but electric power for its drive systems.

What seems to be a well-covered concept turns out to give some interesting clues as to the styling direction taken. The front grille for example, shows a strong resemblance to that of the 2007 CS Concept car. The side skirts look quite innovative while the chin appears to be a little radical, even for BMW. Side mirrors are nowhere to be seen. Overall the Z Vision seems to have combined attributes from the 3 Series Coupe and the CS Concept.

BMW says the production version of this sports car will serve as a shining industry example that eco-sustainability, great handling and good design don't have to be words that never meet.