10 Worst Car Movies Of All Time 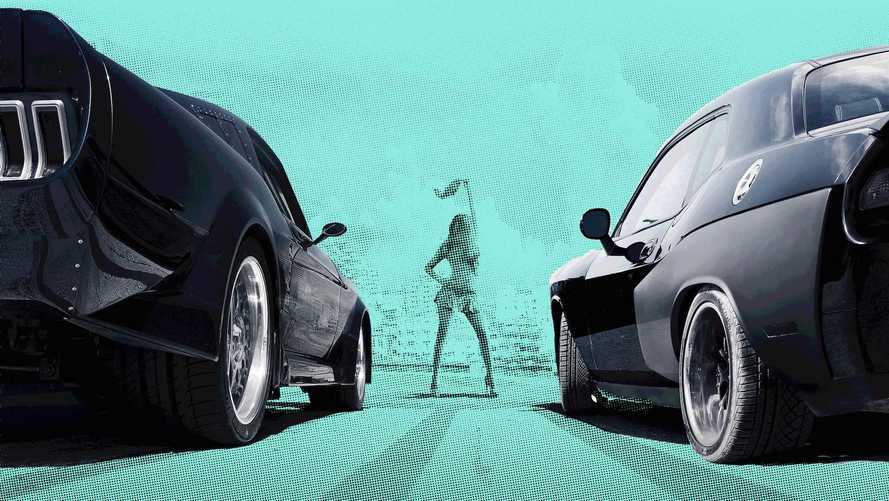 Good car movies are typically few and far between; Bullitt, Mad Max, and American Graffiti often rank as some of the best. But with the limited amount of good comes an expanse of bad, and in the case of the worst car movies of all time, there are plenty of options to choose from.

We’ve somehow managed to narrow it down to just 10, selecting from a wide variety of action-packed automotive flicks that fall well short of critical acclaim. There will undoubtedly be some out there that disagree with the selections – what the internet calls "haters." Nevertheless, take a look at our picks for the 10 worst car movies of all time.

Ryan Gosling uttered just 116 lines totaling 891 words in the 2011 movie Drive. Not exactly Oscar-winning dialogue if you ask me. Director Nicolas Winding Refn took a hyper-dramatic, minimalist approach in the direction of the film, which was mostly well received by critics. Unfortunately the car chases fell well short of the same critical acclaim.

The name itself should key you into exactly what 2008’s Death Race was all about: Death and racing, of course. Jason Statham starred as ex-con Jensen Ames, who was forced by a prison warden to compete in some sort of post-apocalyptic-style race where it’s either kill or be killed. It doesn’t sound like a bad plot on paper, but the final product leaves a lot to be desired.

Sure, the Fast and Furious franchise has made billions of dollars at the box office as a whole. But remember when it was all about hot girls, fast cars, and just having fun? This year’s The Fate of the Furious continued the radical change in tone from fast cars to dramatic heists, casting Vin Diesel’s character as the villain, filling the story to the brim with explosions, ridiculous stunts, submarines, and bad dialogue. Can we just get back to the cars, please?

Imagine if Top Gun was about Nascar rather than fighter jets – that’s essentially the premise of 1990’s Days of Thunder. Tom Cruise took on the starring role of Cole Trickle, a young racer from Eagle Rock, California with something to prove. Though Trickle can’t make it in Indy car, he sets his sights on the Nascar Winston Cup Series… and well, the rest is terrible car-movie history.

Though Driven seemed like it could be a winner when it was introduced in 2001, the Sylvester Stallone written and produced film fell well short of critical acclaim. Out of 110 reviews, Driven scores a mere 14 percent on Rotten Tomatoes, and even famous movie reviewer Richard Roeper said it was the "worst car film ever made." It comes in at number six on our list.

Pixar isn’t usually known for half-baked sequels. But in the case of Cars 2, the second film caused the franchise to fall flat (pun intended). Straying from the likable theme found in the first, Cars 2 introduced a spy thriller storyline a la James Bond which completely missed the point of the franchise entirely. Hopefully Cars 3 will make up for the love lost in the second film.

Most would consider 1974’s Gone in 60 Seconds a classic among car movies. And this writer would have to agree. But even though it was filled with an impressive cast of vehicles, including the beautiful Eleanor Mustang, the 2000 reboot of the iconic film failed to capture the same cinematic magic as the original… especially with bleach-blonde Nicholas Cage at the helm.

Mark Hamill may be best known for his work in Star Wars, but in 1978, the then up-and-coming actor took a starring role in the questionable Corvette Summer. Kenny Dantley (Mark Hamill) was a car-loving high school senior from Southern California who built a customized right-hand drive Corvette in his shop class. Need I continue?

What Monolith lacks, apart from writing and direction, is star power. Not that it likely would have helped. The 2016 film sees a mother and son lost in the California desert after their hyper-intelligent SUV leaves them stranded. The mother, played by Katrina Bowden, is then forced to fight against the bulletproof, artificially intelligent vehicle in an effort to save her trapped son. Seriously?

What happens when you put Ethan Hawke behind the wheel of a Shelby Mustang and let him loose on the streets of Bulgaria? 2013’s Getaway happens, which sees Brent Magna (played by Hawke), a former pro driver racing around Europe with Selena Gomez in the passenger seat in an effort to save his wife. The film cost $18 million to produce but made just $10 million at the box office, and recorded an abysmal 2 percent score on Rotten Tomatoes. It’s easily the worst car movie of all time.