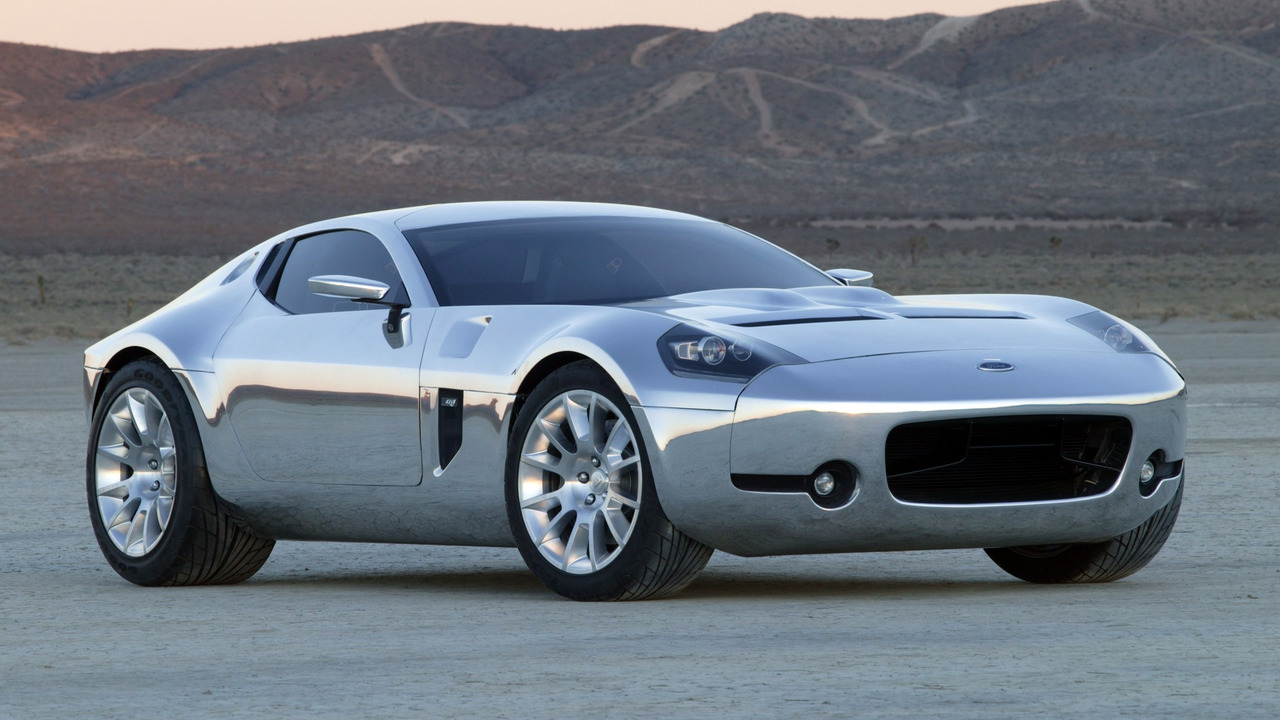 The one that got away.

This has to be one of the sexiest concepts ever made, period.

Young designer George Saridakis from the Irvine Advanced Design Studio is mostly responsible for this retro-flavored fastback beauty. It pays homage to the legendary 1964 Shelby Daytona Coupe right down to the 12-spoke, 19-inch wheels. Even after almost 13 years since its debut, the Shelby GR-1 is still a sight to behold thanks to its polished aluminum body panels with flared wheel arches and butterfly doors.

Saridakis’ sketch caught the attention of Ford’s head of design at that time, J. Mays, and the Blue Oval only made three sketches before turning the concept into clay. Thus, the GR-1 was born. It was more than just a cool concept to flaunt at auto shows as Ford seriously considered turning it into a full production model.

However, the GT’s lackluster sales prompted the head honchos to pull the plug as they were afraid the GR-1 would’ve suffered the same fate. As a reminder, Ford wanted to sell a total of 4,500 GTs, but after two years in production, the supercar was retired after 4,038 units. You can understand why the company was reluctant as far as putting the GR-1 into production since the business case for it was quite fragile.

The Shelby GR-1 was envisioned with a chassis borrowed from the Cobra Roadster introduced at 2014 NAIAS, so it had many components adapted from the Ford GT. Its heart and soul was a V10 engine pushing out a meaty 605 horsepower to the rear wheels through a six-speed manual gearbox.

However, the production car was supposed to ditch the V10 to make way for a V8 also with more than 600 ponies. The engine transplant would’ve lowered the car’s weight and how it was distributed between the two axles. With the V8 in place, Ford’s engineers were targeting a 0-60 mph (0-96 kph) run in less than 3.9 seconds and a quarter mile in 11.9 seconds at 126 mph (202 kph).

The production car would’ve had a slightly increased roofline and more upright A-pillars to meet safety regulations. In the end, it was never green lighted and the concept was sold for charity back in 2011 for just $82,500 as a platform model, so it did not have the engine, drivetrain, and interior.

Was it a missed opportunity? Perhaps, but that doesn’t mean the design shouldn’t be brought back to life given its tremendous potential.