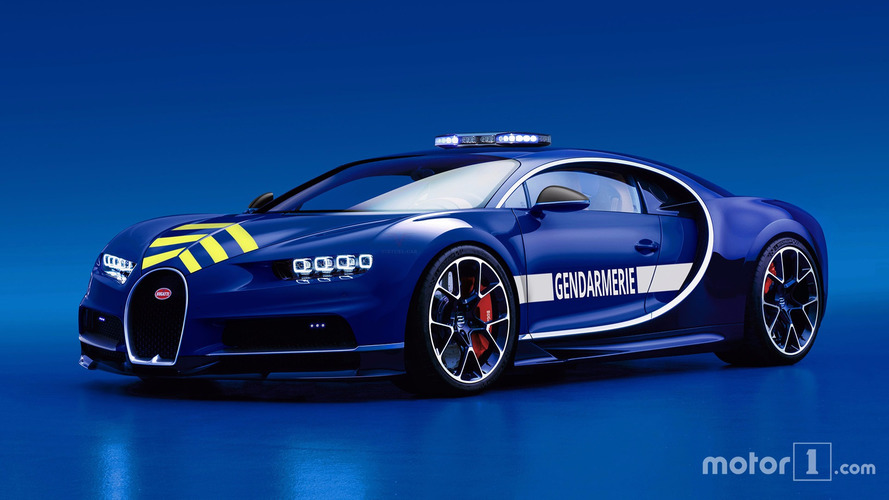 The police in Dubai are already envious.

Italian police have a Lamborghini Huracan, Abu Dhabi has its Rolls-Royce Phantom, ze Germans have their Porsche 911 "Polizei" edition, Dubai has its McLaren, Lamborghini and Ferrari. In comparison, the French, may not seem that impressive with their Subaru WRX and Mégane RS; but that was before. Because here is the Bugatti Chiron Gendarmerie Nationale (an armed French national police force).

The hypercar has been graciously entrusted to the French police by the Molsheim hypercar maker and was prepared in utmost secrecy. 1,479 horsepower gets the Chiron up to 100 km/h in 2.3 seconds, and 0-200 in 6.5 seconds. Good luck if you think you can outrun it.

For those thinking of going to stretch out the flat six of a Porsche this weekend on highway, or get the V12 of a Ferrari screaming to the maximum, think again. Delinquents have been warned that an excess of confidence with the right pedal will see this Bugatti Chiron take you down.

As can be seen from the first images, some modifications were made to transform this Chiron into a rapid intervention vehicle. The "Gendarmerie" banner is obviously visible on the car's doors, while yellow reflective strips have been added at the front and the engine hood at the rear, as well as LEDs in the shields. Of course, a rotating beacon has been added to the roof, specially designed and shaped so as not to hamper aerodynamics by much. For color, Bugatti has preserved the Royal Blue of the car shown at the Geneva auto show earlier this year. And one subtle but important touch, when the rear wing is raised in airbrake mode, an LED message scrolls across the back instructing delinquents to give up.