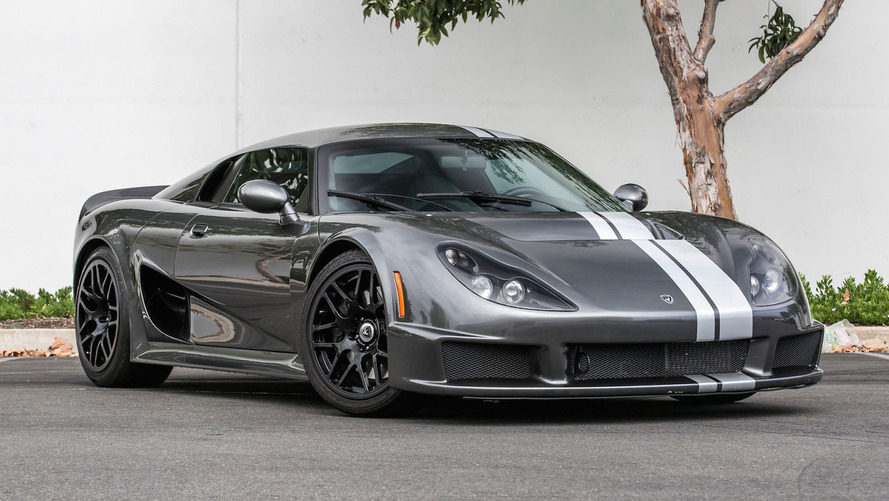 Those of you unfamiliar with the Rossion Q1 may know it better under its former name, the Noble M400. Originally a product of British engineering, the platform was acquired by Florida-based Rossion in 2007, and built into the mid-engined rocket you see here. This particular example is up for sale on eBay

This particular example has driven just 6,200 miles (9,977 kilometers) since new. All that performance is paired to a six-speed Getrag manual gearbox and rear-wheel drive. AP Racing Brakes, meanwhile, give it all the stopping power it needs, while a set of Goodyear Eagle F-1 tires keep it well planted in the corners  – both on road and track.

Typical of most low-volume vehicle manufacturers such as Rossion, the interior is scarce, but well equipped. A two-tone leather and Alcantara finish covers the carbon fiber seats and dash. Air conditioning, power windows, and keyless entry come standard from the factory, while this particular example includes Bluetooth, a backup camera, and even a navigation system.

Overall, the car looks to be in immaculate condition. The Dark Metallic Grey finish and Silver Le Mans racing stripes are factory original, as are the gloss black wheels. Just seven days are left on the listing with a "Buy It Now" price of $79,950. Get it while you still can.