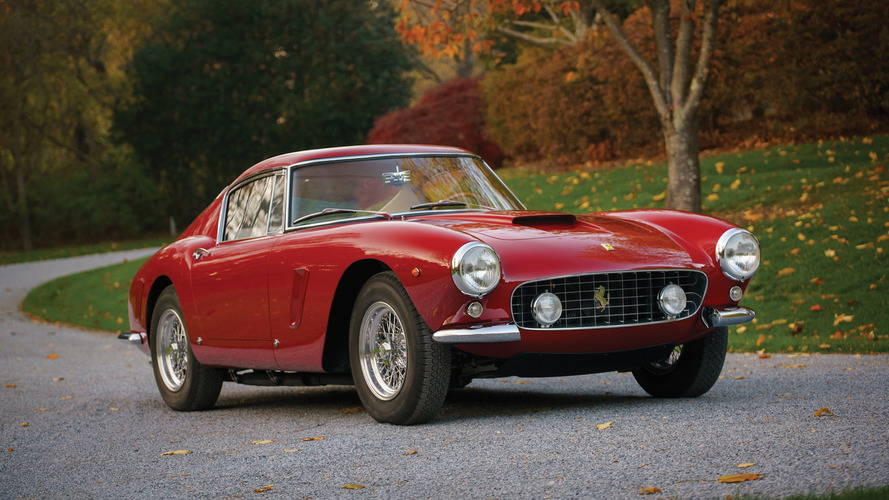 It’s one of just 176 examples produced.

Few cars are as desirable or as iconic as the legendary Ferrari 250. Produced at the height of the Prancing Pony's racing dominance, the range included the Group 3 GTO trim, the eccentric MM trim, and the GT SWB Berlinetta trim pictured here, just to name a few.

On the weekend of March 10-11, 2017, the latter of the three will head to auction at the RM Sotheby's Amelia Island Concours in Florida. This particular 1961 example wears a signature Rosso Corsa red exterior and dons the chassis number 2639 GT.

Completed in 1961, it was one of just 176 examples built, and came equipped with a road-going 'Lusso' exterior package. The street-friendly trim would tack on a number of features like an aluminum hood and deck lid, roll-up windows, and fender and roof vents. Its shorter wheelbase, meanwhile, meant it was still a monster on the track, even with its ‘street’ designation.

The car was sold new to a collector named Marion Dall’Orso of Genoa, Italy, and was soon after exported to the United States, where it then spent much of its life in private collections in Texas and California. Eventually the car would make its way back to Europe in the 1980s, and was acquired by the current owner in 2011.

In 2015, the 250 GT was given a full restoration by Ferrari specialists Motion Productions of Neenah, Wisconsin. Since then, it's racked up awards like Best in Show at Concorso Italiano, and earned a Platinum Award at the Ferrari Club of American International and the XXV Cavallino Classic Concours.

With all the accolades and heritage attached, don’t expect this car to go for cheap. While previous GTO examples have been known to fetch well over $20M and $30M, this 1961 GT is slightly more reasonable. RM Sotheby’s gives it an early estimate of $9.5M. Chump change, really.