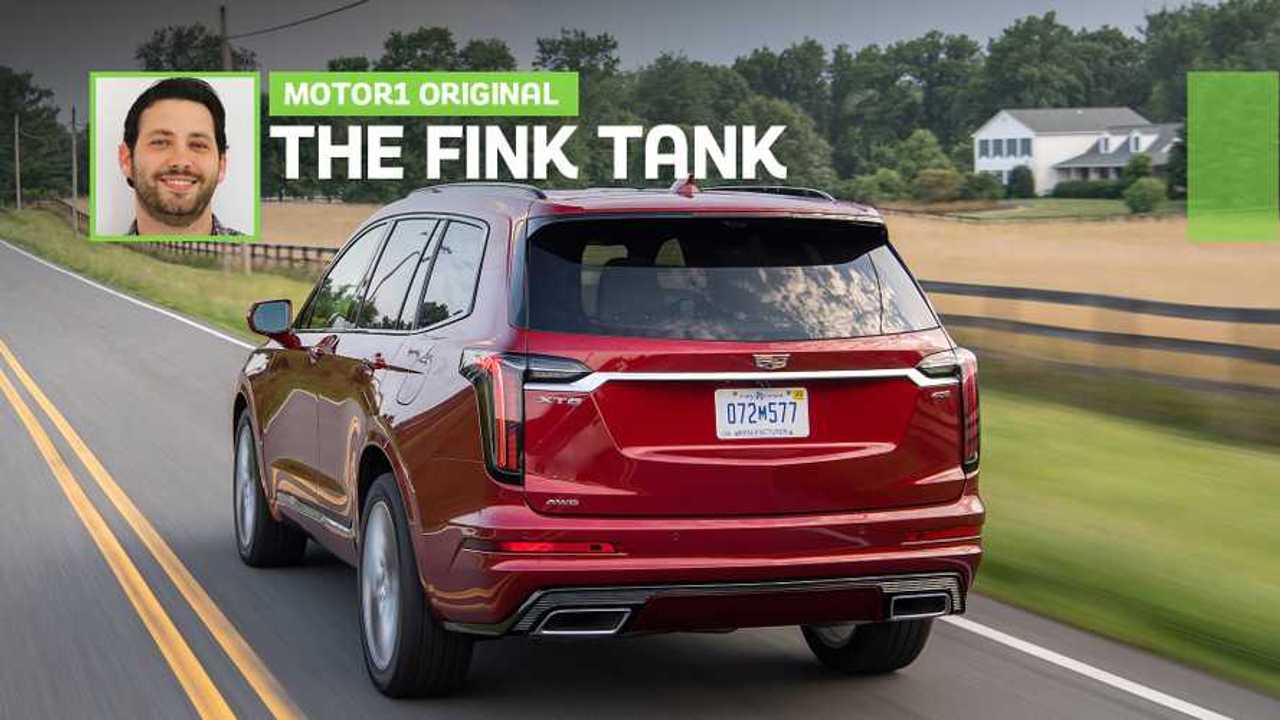 The XT6 is a latecomer to a segment that Cadillac had an early stake in.

It’s not that I’m mad at the Cadillac XT6, I’m just disappointed with it. After a decade away from the three-row crossover segment, Cadillac’s late-arriving XT6 simply embraces industry norms rather than challenges them. Maybe this is a wise move by the American luxury brand whose original entry, the first-generation SRX, failed to find a footing in the segment. Still, it all feels very melodramatic to me.

Despite its marginally longer wheelbase and wider front and rear tracks, the XT6 is ultimately a re-bodied, second-generation GMC Acadia, a crossover that entered the market nearly three years ago as a 2017 model-year vehicle. Although there’s little doubt that General Motors’s C1 architecture, which underpins the two Cadillac and GMC three-row crossovers, is a solid base, the XT6’s late arrival doesn’t coincide with significant mechanical upgrades: its Sport trim’s trick all-wheel-drive system is already available in the Acadia, as is its 310-horsepower 3.6-liter V6 engine.

“The timing and the delay [of the XT6] probably was a result of contemplating what was the right vehicle for this segment,” Cadillac marketing product manager Jim Hunter told me at lunch during the XT6’s media drive, which took us from Washington D.C. into Virginia and back to our nation’s capital.

If competitors such as the Honda Pilot-based Acura MDX or Nissan Pathfinder-derived Infiniti QX60 are anything to go by, then the Cadillac hits the mark. As Cadillac marketing manager Bob Benbow put it, the XT6 is a real “five-tool player.”

Admittedly, the Cadillac is a jack of all trades, but it’s also a master of none. Its interior room is competitive. So is its formidable list of standard features. But the $52,695 XT6 offers neither class-leading space nor value.

Basing the crossover on the longer wheelbase that rests below the Buick Enclave and Chevrolet Traverse might have solved both problems. With the Buick and Chevy crossovers' extra 8.2 inches of space between the front and rear wheels, the XT6 would benefit from additional passenger and cargo space. Yes, its footprint and shadow would approach those of the full-size Mercedes-Benz GLS-Class and BMW X7 crossovers, but with a starting price of less than $55,000, the Cadillac would stand out as a real value, offering full-size crossover space at a mid-size price.

Cadillac, though, is also banking on its crossover’s dynamics to give it a leg-up on the competition.

“We wanted the Sport [trim] to be truly differentiated, not just an exterior appearance thing, and we think people in this segment are looking for something a little more fun than just your run-of-the-mill family car,” Benbow shared.

Unfortunately, the XT6 is decidedly run-of-the-mill from behind the wheel. It's a rather ironic turn given the original SRX stood out for its engaging driving experience.

Cadillac knows the XT6 is a late arrival. Rather than compensate for this by building a three-row luxury crossover that’s roomier, better to drive, or a noticeably better value than the competition, the brand's entry is merely par for the class. Can you blame me for feeling a little letdown by Cadillac's three-row crossover reboot?