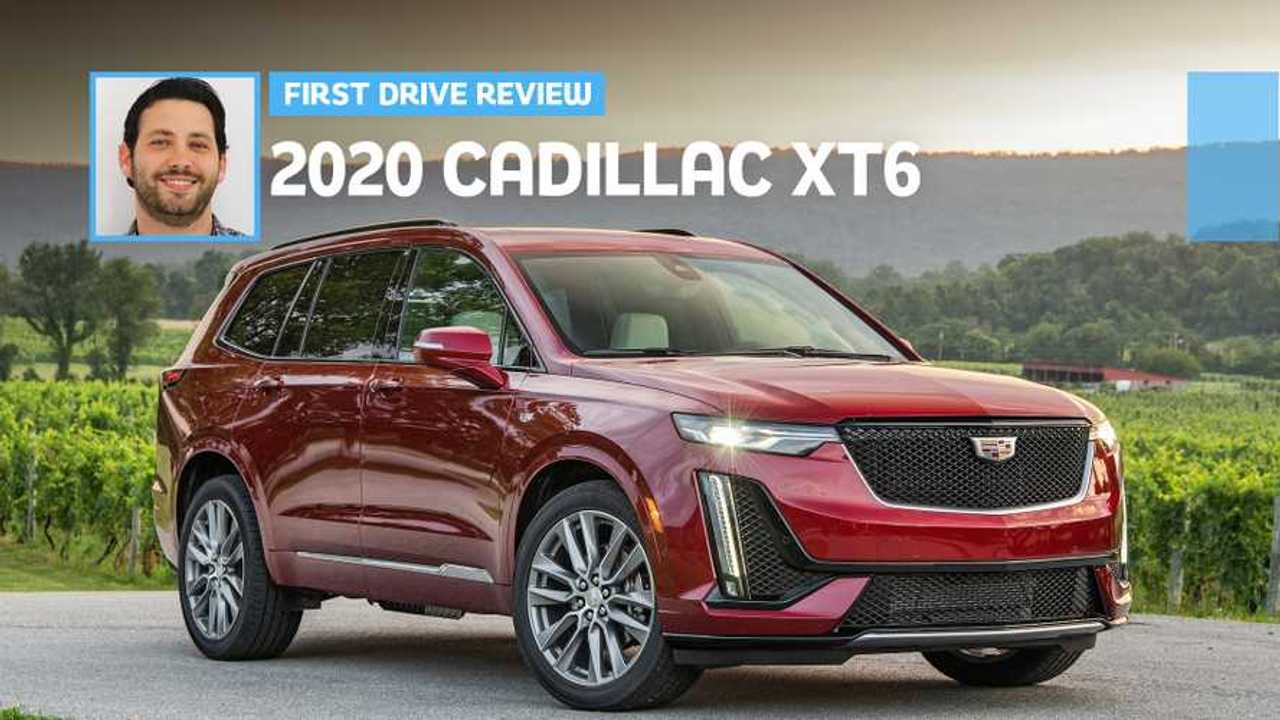 The XT6 is a perfectly average three-row luxury crossover with an above-average price.

Cadillac was one of the earliest luxury automakers to enter the three-row, mid-size crossover segment with its 2004 SRX. However, the American luxury brand abandoned the formula at the turn of the decade. The second-generation SRX emerged as a smaller, five-passenger model with two rows of seating, leaving Cadillac without a three-row crossover in its model line.

That ends with the arrival of the 2020 Cadillac XT6. As the first three-row Cadillac crossover in 10 years, the XT6 aims to bridge the gap between the smaller XT5 and the mammoth, body-on-frame Escalade.

Cadillac believes its time spent on the sidelines serves to benefit the XT6 against segment heavyweights such as the Acura MDX, Audi Q7, Infiniti QX60, and Volvo XC90. The brand touts the XT6's interior packaging and space as a triumph achieved from its prolonged observation of the three-row mid-size luxury class.

To Cadillac's credit, the XT6's cabin is comfortable and roomy. The driver and front passenger sit on cushy, heated eight-way power thrones. Headroom is plentiful, even with the standard panoramic sunroof overhead, while a standard power-operated tilt-and-telescope steering column makes it easy to find a comfortable driving position. A three-across bench greets second-row passengers, however, captain's chairs are an $800 option that trims the XT6's people-carrying capacity from seven to six. No matter the setup, the second-row treats its riders to 39.1 inches of legroom and 39.1 inches headroom. The latter figure is the best in the segment, while the former falls only to the QX60's formidable 41.7 inches of stretch-out space.

With 37.2 inches of headroom, the Cadillac's third-row seats offer almost an inch of additional overhead space compared to the class's next best option, the Volvo XC90. Although the XT6's 29.5 inches of third-row legroom falls to both the Infiniti and the Volvo, the power-folding, 50/50-split bench’s high-mounted seat bottom and plentiful space for feet beneath the second-row seats makes the Cadillac's rearmost row a surprisingly comfortable space, even for full-size adults.

Don't plan on filling up the XT6 with both passengers and luggage, as the Cadillac's 12.6 cubic feet of cargo space with all seats in place is nothing to write home about, and falls behind the Acura (15.0 cubic feet), Audi (14.2 cubic feet), and Infiniti (16.0 cubic feet). Folding the second and third rows, though, affords 78.7 cubes. That’s 2.5 cubic feet more than the XT6’s next-closest competitor, the QX60.

Still, there's a lingering feeling that Cadillac resolved its crossover to class-competitive, rather than class-leading, passenger and cargo space. That's because the XT6 rests on the short-wheelbase variant of General Motors’s C1 architecture, which underpins the GMC Acadia (as well as the two-row Cadillac XT5 and Chevrolet Blazer), as opposed to the long-wheelbase setup used by the Buick Enclave and Chevrolet Traverse.

Still, there's a lingering feeling that Cadillac resolved its crossover to class-competitive, rather than class-leading, passenger and cargo space.

While slight chassis modifications bestow the XT6 with an additional 0.2 inch of length between its front and rear wheels relative to the Acadia's (not to mention front and rear tracks that are nearly two inches wider), the Cadillac's 112.7-inch wheelbase is still down 8.2 inches to those of the Enclave and Traverse. Those extra inches bless the Buick and Chevy with an extra 4.0 inches of third-row legroom compared to the Cadillac, as well as nearly 11 cubic feet of additional cargo space with all seats in place and more than 15 cubic feet with both the third and second rows folded. Instead of aiming for the segment’s jugular, it seems Cadillac settled on a simple gut punch.

Of course, a roomy cabin isn't the only trait consumers look for in a three-row, mid-size crossover, and Cadillac's marketing team is quick to point out the XT6's wheelbase contributes to its exterior proportions and driving dynamics. No doubt, the XT6 is a handsome, if forgettable, looking thing. Integrating the luxury brand's latest design language, the XT6's imposing LED daytime running lights, high-mounted LED headlights that merge with the pentagon-shaped grille, vertical taillights, and standard 20-inch wheels counter more generic details such as the boxy roofline and too-tall glasshouse.

An available Sport trim spices things up relative to the default Premium Luxury model by way of black exterior details, a mesh-pattern grille, more aggressive front and rear fascias, clear taillight lenses, and trim-specific 20-inch wheels. Bigger 21-inch wheels are exclusive to the Sport and are a $1,000 option. Even in Sport guise, though, the XT6’s design falls short of the bar set by the Audi and Volvo.

The Sport, however, is more than an exterior trim package, and Cadillac endows the $57,095 model with distinct features such as a standard all-wheel-drive system that shifts power between the left and right rear wheels thanks to a pair of electronically activated clutches in the rear end, a 15.1:1 steering ratio in place of the Premium Luxury trim's 16.1:1 gearing, specific mapping for the throttle and transmission, and standard adaptive dampers. All-wheel-drive is also available on the $52,695 XT6 Premium Luxury for $2,000, although it does without the twin-clutch rear end, while adaptive dampers are available as part of the $4,900 Platinum package that also includes faux-suede headliner, cushier floormats, semi-aniline leather seats, and a leather-wrapped dashboard and console (the Platinum package is a $3,700 option on the Sport). And if you want to price it to the max, the XT6 can cost up to $79,735.

On the sweeping roads that take us from Washington D.C. to Leesburg, Va., the XT6 Sport's available 21-inch wheels and all-season tires pair with the trim's stiffer dampers to bestow the crossover with an almost too-firm ride. Despite the XT6's rigid underpinnings and the Sport's trick all-wheel-drive system and adjustable damping, the crossover fails to thrill during more dynamic driving. Its steering is also lifeless and needlessly heavy. The more naturally weighted, slower tiller and cushier ride of the XT6 Premium Luxury are superior to those of the Sport.

Power comes courtesy of a 3.6-liter V6 that’s potent enough to move the crossover forward at a reasonably swift clip. Still, with its 310 horsepower peaking at 6,600 rpm and 271 pound-feet of torque arriving at 5,500 revs, the bent-six requires a good wringing to enter the meat of its powerband.

Despite the XT6's rigid underpinnings and the Sport's trick all-wheel-drive system and adjustable damping, the crossover fails to thrill during more dynamic driving.

Predictably, the nine-speed automatic transmission hunts for gears at the hint of a hill or the slight adjustment of the accelerator pedal. Admittedly, the ever-changing notes of the rather dull-sounding engine are tiring, but the smooth-operating gearbox's eagerness to downshift is certainly preferable to the alternative. Plus, there's a pair of steering-wheel-mounted paddle shifters that allow manual control of the gears and prevent the transmission from shifting at will.

The engine's tune isn't the only noise that makes its way into the cabin, as the optional 21-inch rubber's roar also snakes its way past the XT6's various acoustic suppressors. That said, the XT6 generally muzzles the exterior noises that enter its passenger compartment. All that remains is merely background noise, which the available $1,000 Bose premium audio system easily drowns out.

Adding the 14-speaker audio system to the Caddy also nets a set of attractive metal speaker grilles and an in-dash navigation system. Regardless of optional extras, every XT6 includes an 8.0-inch touchscreen infotainment system that includes logical menu structures, reacts quickly to touch inputs, and attracts fingerprints like moths to a flame. Fortunately, a console-mounted rotary controller and a handful of hard buttons allow users to interact with the infotainment system without resorting to the touchscreen. In short order, Cadillac went from having one of the industry’s worst infotainment setups to one of its best.

The rest of the Cadillac's innards fail to garner the same praise. Material quality is a mixed bag with high-quality hides and nicely weighted and attractive climate controls contrasting with middling plastics and over-lacquered wood or carbon-fiber trim. In short, the XT6's insides barely look and feel the part of a vehicle that starts at $52,695. That’s $4,345 and $8,295 more than the base prices of the richer feeling XC90 and MDX.

Additionally, the less expensive Volvo and Acura include adaptive cruise control, whereas Cadillac bundles the feature into the $1,300 Driver Assist package, which also includes automatic seatbelt tightening, high-speed automatic emergency braking, and automatic reverse braking. The brand’s Super Cruise semi-autonomous driving system is noticeably missing from the options sheet, however, Cadillac claims the feature is coming to the XT6.

Rather than challenge the status quo, the 2020 Cadillac XT6 adopts it.

Rather than challenge the status quo, the 2020 Cadillac XT6 adopts it. With exterior and interior dimensions that barely deviate from the segment’s norms, unenthusiastic driving dynamics, and too-high pricing, the XT6 is a competent but underwhelming product from a brand that had 10 years to improve upon the typical three-row, mid-size crossover formula. 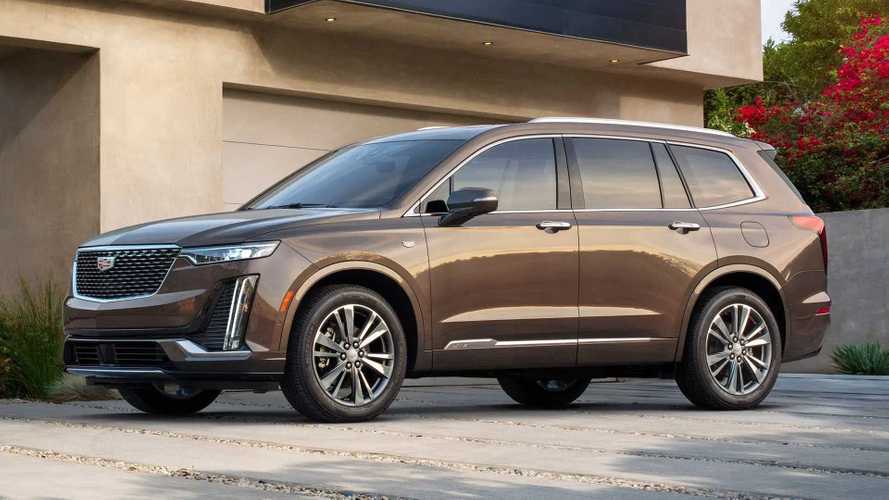