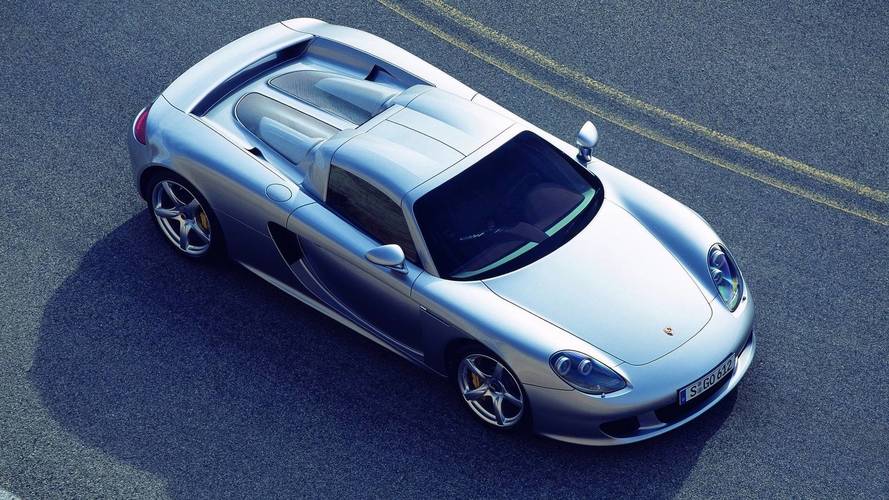 The supercar that almost never happened.

The Porsche Carrera GT is one of life’s happy accidents as its existence was due to a series of last minute decisions. Interestingly, fans of the Carrera GT have the Porsche Cayenne to thank for the car ever finding its way onto the road.

To understand the domino effect that lead to this special car, we have to go back to 1992 when Porsche was secretly developing a V10 Formula One engine. For various reasons, that creation didn’t see competition and was shelved, only to be revisited in the late 90s for Porsche’s new Le Mans racer. Developed into a 5.7-liter fit for a World Endurance Championship winner, this project was also canned at the last minute. Why? Because Porsche needed some talented engineers to design the Cayenne, and with pressure from fellow VW Group brand Audi who was to enter the WEC, the decision was taken.

Keen not to waste all of the hard work that went into the V10, a 5.5-liter derivative went into the Porsche Carrera GT concept car. Initially intended as a pure show car, this Porsche caused such a stir at the 2000 Paris Motor Show that a business case was proposed for a production run. Buoyed by the success and increase in profits brought by the Cayenne, the Carrera GT was given the budget to become a reality.

Ultimately, the Carrera GT became an all-carbon 5.7-liter V10 supercar packing 604 hp. A 0-62 mph (0-100 kph) time of just 3.3 seconds put it in the same league as the Ferrari Enzo. Today, a good example is worth double than the original asking price. 1,270 were produced in total and each car made Porsche a profit — a rarity for something so exotic.

The Porsche Carrera GT, an icon only made possible by one of the most controversial SUVs out there.