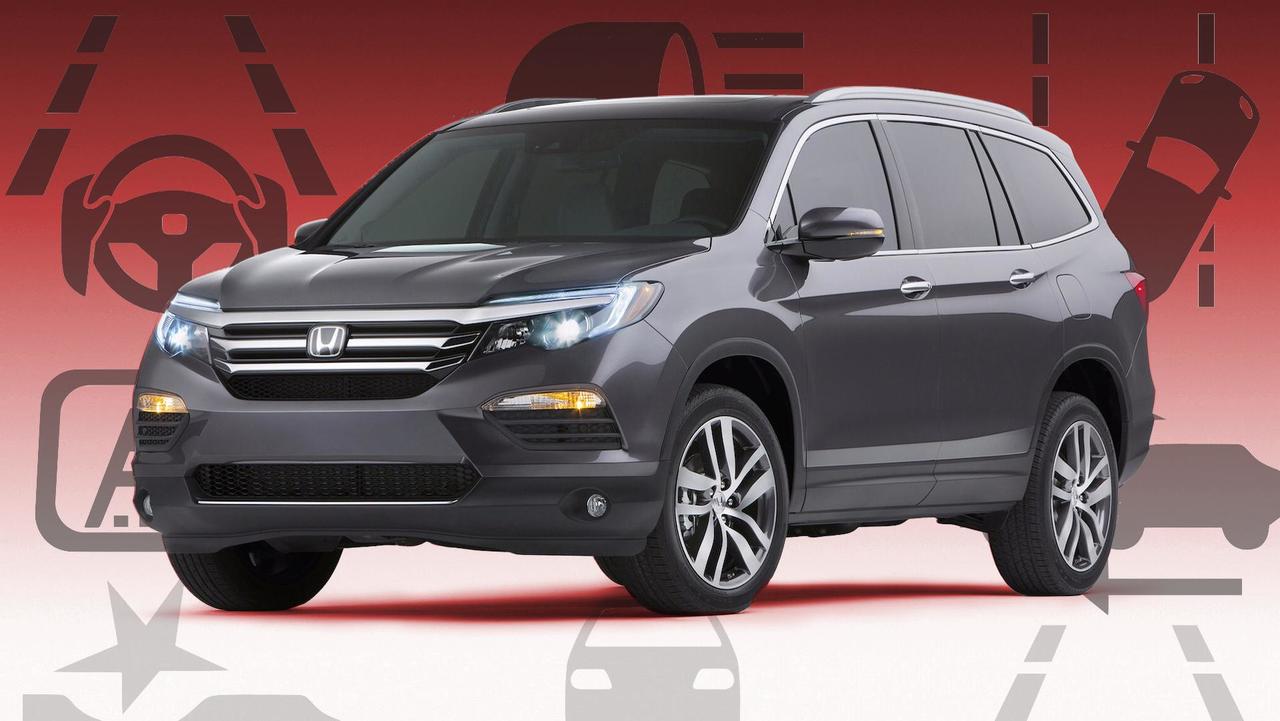 The GMC Acadia tops our list of 10 family-minded SUVs that get top scores in crash tests.

With midsize sedans no longer being the default vehicle choice among American families, sport utility vehicles – particularly three-row midsize models – have supplanted them in the nation’s driveways. It’s easy to see why.

SUVs afford easygoing car-like handling with ample acceleration, provide drivers with a more commanding view of the road, offer all-wheel-drive for added foul-weather prowess, are sufficiently roomy for a growing brood, and afford enough cargo space to ultimately move the kids and their belongings off to college.

As with any family-minded vehicle, safety matters among midsize SUV shoppers. That’s why, as we’ve done with other new-vehicle segments, we’re identifying the 10 models that provide first-class occupant protection, based on the results of five separate crash tests conducted by the Insurance Institute for Highway Safety (IIHS), including front, side, and the more demanding small overlap frontal collision test that replicates hitting a tree or light pole. Importantly, all of our “safest” choices further offer "superior" rated forward auto-braking systems that can help a driver avoid, or at least reduce the effects of a crash, based on two separate tests conducted at 12 and 25 miles per hour.

Still, however, such advanced safety systems are typically limited to certain trim levels within a given model line, and are most often offered as part of option packages with other features one may or may not want or need. For 2017, the only midsize SUV to include a forward crash-avoidance system as standard equipment is the Toyota Highlander. For the other nine SUVs on our list, we’re noting where and how forward auto-braking is available, and the minimum out-the-door cost (including the destination charge) when the vehicle is so equipped.

For 2017, only the top-of-the-line Denali version of this three-row SUV can be fitted with GMC’s Forward Automatic Braking system as part of the optional Technology Package; price as equipped $47,785.

The midsize Pilot is top-rated for safety when equipped with the Collision Mitigation Brake System that’s part of the Honda Sensing Package – it’s optional on the EX and EX-L versions and comes standard with the included with the Touring and Elite trim levels; price as equipped $35,120.

This rating applies to models built after March 2016 and equipped with the Santa Fe’s optional Automatic Emergency Braking system that’s included as part of the Tech Package on the SE Ultimate version; price as equipped $41,750.

The slightly smaller alternative to the above Santa Fe can be equipped with the vehicle’s Automatic Emergency Braking system, but only on the top 2.0T Ultimate model as part of the Tech Package; price as equipped $39,000.

Forward Emergency Braking is available on SL and Platinum versions of Nissan’s midsize SUV as part of the optional Technology Package; price as equipped $40,535.

The midsize Pathfinder offers a top-rated Forward Emergency Braking system, but it’s only available on its priciest Platinum trim level, where it’s standard; price as equipped $43,045.

The Highlander is the only 2017 midsize SUV to offer forward auto-braking as standard equipment; price as equipped $31,625.

Debuting as an early 2018 model, the three-row Atlas includes its Front Assist with Autonomous Emergency Braking system as standard equipment with most models, including both the four-cylinder and V6-equipped SE Technology, SEL, and SEL Premium trim levels; price as equipped $36,615.