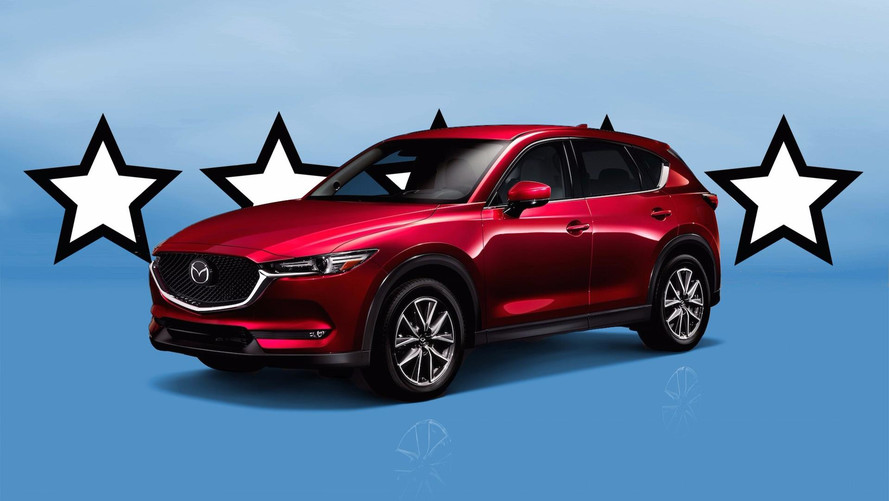 As we’re doing with other new-vehicle segments, we’ve dug deep into new-vehicle ratings issued by the Insurance Institute for Highway Safety (IIHS) to determine what are effectively the “best of the best” small SUVs for the 2017 model year with regard to safety, in terms of both occupant crash-protection and accident avoidance.

That means every model listed gets top scores in each of the IIHS’ five separate crash tests, including front, side, roof strength, head restraint performance, and the more-difficult-to-ace small overlap frontal test that replicates hitting a tree or light pole. What’s more, each model offers what the IIHS has determined are “Superior” performing forward auto-braking systems, based on their ability to avoid a crash or substantially reduce speeds in two separate tests conducted at 12 and 25 miles per hour. Such systems will warn the driver if the vehicle is coming up too quickly on another car or other obstruction in its path (and with some, bicyclists and/or pedestrians as well) and will automatically apply the brakes at full force if he or she isn’t reacting quickly enough.

Unfortunately, only one of the small SUVs on our list – the Toyota RAV4 – comes with this important safety feature as standard equipment. Thus, we’re noting the trim levels and/or option packages in which forward auto-braking is available for each vehicle, and the minimum out-the-door cost (including the destination charge) when so equipped.

This amenable compact crossover SUV is safest when it's equipped with the Collision Mitigation Brake System that’s part of the Honda Sensing Package included with EX, EX-L, and Touring trim levels; price as equipped $27,735.

The compact Tucson aces all of the IIHS' crash tests, and it's able to avoid crashes when equipped with the optional Automatic Emergency Braking system that’s included as part of the Ultimate Package, but it's only offered on the top Limited model; price as equipped $30,725.

Kia’s comely compact crossover gets top marks for safety when equipped with the Autonomous Emergency Braking system that’s optional on the mid-range EX (as part of the Technology Package) and comes standard on the top SX Turbo version; price as equipped $31,595.

Unfortunately, the top Grand Touring trim level of this small and sporty SUV is the only version for 2017 that can be fitted with the optional Smart Brake Support system that’s included in the i-Activesense Package; price as equipped $27,100.

Mazda’s compact crossover is fun to drive and earns top safety marks when fitted with the Smart Brake Support system (it's part of the optional i-Activesense Package on the Touring model and standard with the top Grand Touring version); price as equipped $27,480.

The SEL and GT versions of this compact three-row crossover SUV can be equipped with the vehicle’s Forward Collision Mitigation System as part of the optional Touring Package; price as equipped $30,090.

Not the most exciting crossover SUV on the planet, the compact Rogue is nonetheless safe and sound transportation, especially when equipped with the optional Forward Emergency Braking with Pedestrian Detection that’s offered with the Platinum Package on the top SL model; price as equipped $33,925.

Coming standard with all-wheel-drive at a reasonable price, this rating applies to models built after October 2016 and equipped with the vehicle’s forward auto-braking system as part of the optional EyeSight package – it's available on Limited and Touring versions; price as equipped $33,015.

This likeable compact RAV4 crossover SUV is the only model in its class for 2017 that comes standard with forward auto-braking, which Toyota calls its Pre-Collision System with Pedestrian Detection; price as equipped $25,405.