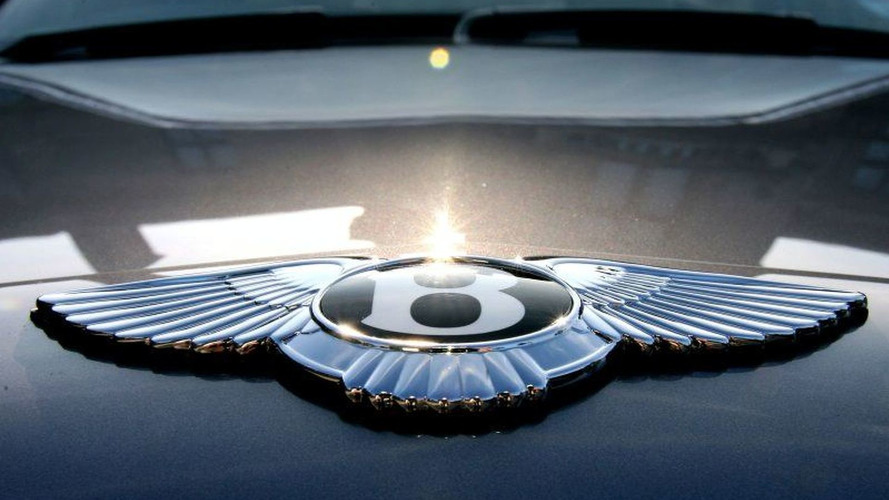 It scorches to 60mph in 5.2s, which shouldn't really be possible, and despite having the aerodynamic qualities of a housebrick thanks to that prominent upright nose, it will hit 179mph with eery simplicity.

Halfway through a hairpin bend, deep into the Welsh countryside with the tyres squealing hard and the local sheep running for cover, the image of chauffeurs and Pimms and deal-closing phone calls on the back seat were shattered forever. It might look like a high-speed drawing room for the ludicrously privileged, but in its heart the 2007 Bentley Arnage T is a genuine sports car.

Of course the theory of relativity must be applied: at 2585kg, and 5.4 metres long, this is no Ferrari. But when pushed to its limits it’s perhaps the only car in its sector that feels up for the fight and is nothing like the cross channel ferry on wheels I was expecting. Cars like this often do come with a chauffeur, but owners that venture behind the wheel of this rear-drive steed will find the man in the cap completely superfluous – it’s actually fun to drive.

Bentley has updated the model, rather than replaced it entirely and only the world’s biggest fan will spot the one external visual change – a dark front to the radiator. Still, there is no reason to mess with a classic that still makes small children stop and stare in the street, although they could be scared to be fair.

The brutal, square front end makes more sense in the flesh, but there’s no doubt the Arnage is more imposing than beautiful. The upright, proud grille is a Bentley trademark and looks fantastic, as does the long bonnet that provides a tough of majesty. The light clusters could do with some work, however, and I couldn’t feel truly content with the tapered rear end either, they are things I would learn to live with rather than ever truly love.

For the new model Bentley has worked its magic under the skin, reinforcing its reputation as the driver’s car in the premium class. Despite this, the first half of the test, from Rookery Hall hotel near Crewe, where David Beckham apparently proposed to Victoria, into the depths of the Welsh mountains, was an exercise in trepidation.

You need to believe that much metal will go round corners that fast without exiting stage left into one of many dry-stone walls and a mildly inert steering wheel suggests when the helm finally let go it would do so without major warning. Yet with every passing mile the Arnage grew more convincing, especially with the electronically adjustable dampers set to ‘Sport’.

With that button left alone any CEO could comfortably handle his paperwork in the back seat, as the Arnage is the last word in luxury. 12 cows give their lives just for the trim and a master carpenter would gladly give his skin for the chance to work with the brightly lustred wood. The vents and switchgear have a traditional feel, only the SatNav screen intrudes on the classic look and that folds away

Press the Sport button and bury the throttle, though, and this becomes irrelevant as the chauffeur you’ve just fired as the Bentley unfurls a desire previously held behind a gentile veneer. The whole car hunkers down, skipping over bumps with real intent and significant body roll is noticeable only by its absence.

The number on the elegantly laid speedo is the only heavyweight part, as Arnage clung to the crumbling, broken roads of the hillsides and fired out the tight bends like a slingshot. It shrinks around the driver and the limiting factor when it came to speed was not the grip on offer from the tyres, it was me sliding right out of the quilted armchair-style seats and losing solid grip on the loud pedal. That’s lateral G at work, which for a car this big is frankly astounding.

Bentley has introduced a new traction control system to make sure that engine power is cut only when you really are going to throw the car at the scenery. You can even drift this big barge according to the keen drivers employed at Crewe, although the journalists in attendance didn’t test the theory on tight Welsh roads.

Under heavy braking, the big boat climbs up on its alloy discs like an obese ballet dancer taking point on overloaded toes, but that much weight has to go somewhere and chassis dynamics can only go so far. Once again the car will always stop, though: you just need to believe.

There is more to stump the cynics in the drivetrain, the main point of focus for this overhaul. Remarkably, Bentley is still refining a design for the 6.75-litre V8 that is almost 50 years old. Steady development and a brace of massive turbochargers have helped hike the power from 200bhp, which was almighty in 1959, to an even more impressive 500bhp today. More importantly, the Arnage T comes equipped with 737lb/ft of torque, which would shred the drivetrain of lesser cars.

It scorches to 60mph in 5.2s, which shouldn’t really be possible, and despite having the aerodynamic qualities of a housebrick thanks to that prominent upright nose, it will hit 179mph with eery simplicity. At low revs it will roll along in refined silence, but tickle enough throttle to engage the turbos and the boat of an engine gets into its stride, starts to roar and takes off.

With that much torque the overtaking power is immense. Offered the slightest gaps in traffic this huge beast bursts out of the left lane like a Great White breaching the water, with any normal car taking the role of the hapless, startled seal. It isn’t normal to see a barge like this fly past like it’s been shot from a cannon, but it feels like standard practice from behind the wheel.

This car might only have 50bhp more than its predecessor, but feels much, much faster. That’s mostly down to the new ZF six-speed automatic gearbox, which makes best use of the tidal wave of power and boasts a locking torque converter to respond to swift throttle inputs. With that much torque its almost nonsense to suggest that the previous model had dead spots, but even Bentley insiders admitted to a “rubber band” effect in the outgoing model when it finally kicked down. The band has now been replaced with a velvet rope befitting the marque – effortlessly and smoothly tugging the car forward.

It works as a semi-automatic, too, but there are no paddles behind the wheel as with the volume-selling Continental GT, unless you want them that is. There is no such thing as a standard Bentley and Mulliner, the in-house custom design group, will build the car however you like. Of course it will push the flagship’s tag even higher than the £175,000 sticker price, with the average additional spend coming in at £10,000, but the car is essentially a tailored suit.

Before this test I scoffed at the value of such a machine when the big-power BMWs and Mercedes seemingly offered the same for so much less. And on a pure bang-for-buck analysis, and even on a philosophical level, most should still go for an off-the-rack item from Stuttgart or Bavaria. The Arnage is an ostentatious lifestyle statement as much as a car and only 700 every year even attempt to carry it off.

Still, if my personal choice ever comes down to this, the Rolls-Royce or a Maybach, and that would take a combination of events too bizarre to even contemplate, it would be this car every time. Because on those Welsh mountain roads, for a while, the Arnage T would have made a believer out of anyone.