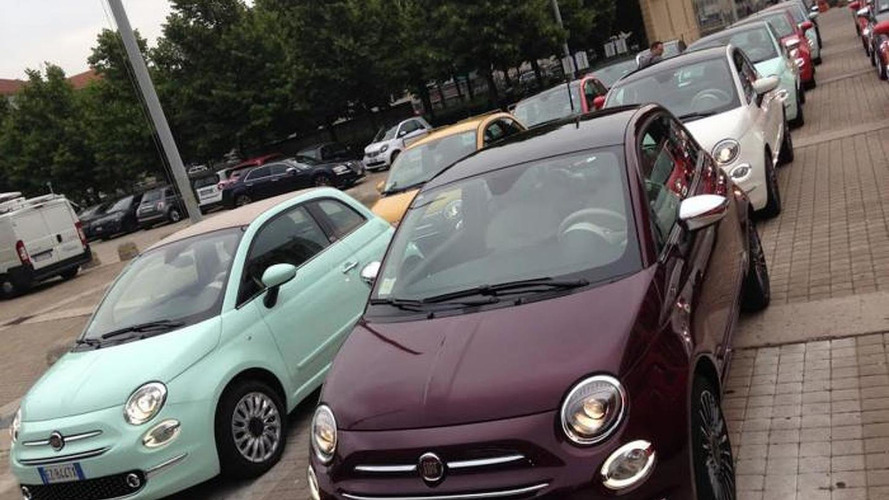 The new design rear tailamps look attractive, infotainment connectivity is improved, but the seating position is still too high.

The new design rear tailamps look attractive, infotainment connectivity is improved, but the seating position is still too high.

At the turn of the millenium Fiat started the painstaking task of deciding how to resurrect a car like the Fiat 500 while preserving the spirit that the original model from 1957 held for everyone who owned it or even just dreamed of owning one. And once again a difficult task is taken to redesign the iconic vehicle eight years after its launch in 2007. In our first video-test you can see the results of this restyling.

They took it lightly

Putting one’s hand to the design of a 500 is a delicate matter, even more so when we’re talking about changing an existing model rather than making one from scratch. So Roberto Giolito and his team of designers from the styling center of Fiat went for subtle yet noticeable changes mostly with the rear lights, which are a trapezoidal-shaped structure with body-colored centers in the middle. There are no significant changes to the side body design, except for the new wheels while the front end is enhanced with a new headlight design that’s becoming more important in defining the look of a car. The new headlamps give the 500 a more animated look, as if they had integrated pupils and eyelids, and on the sides of the lower bezels (projected more horizontally than in the past) there are ring-shaped LED daytime running lights.

Inside, the first change you’ll notice is the infotainment central screen, the same as the Uconnect systems in other models of this group, with Tom Tom Live functions for updates on traffic or speed cameras and improved connectivity with smartphones thanks to an application than you can download both on Apple and Android devices. Also new is the steering wheel with controls on the spokes, TFT cluster instrumentation on the richest combinations and 10 different types of interiors to choose from. The room for front passengers is still good, as long as it is still ok for those sitting in the rear and the trunk’s cargo space is not so bad, considering its 185 liter capacity compared to the external length of 3.57 meters (11 feet 835/64).

Fiat says they replaced around 1,800 components on the restyled 500 and I should say that the sound-absorbing material used in the area of ??the cowl panel (between the engine compartment and the passenger compartment) and in the wheel arches is the change that I liked the most, because it makes the "Cinquino" actually quieter. Beside this, driving still comes as easy and smooth in typical 500 fashion. On the 16-inch wheel size specimen I took for the test drive, springs are a little hard on speed bumps, whereas the robotic gear transmission I decided on driving can be worth it while driving in downtown traffic, as it’s the best among automatic single clutch gears that I’ve tried so far. Just learn to ration the accelerator when driving calmly, or else, when you turn up the pace and you choose the manual mode, just switch to the highest gears, raising the right foot as you would if at that time you were to step on the clutch. This way you’ll help the actuator by easing the torque and eliminating the jolts typical of this kind of transmission. This gear is also well matched with the 85 HP TwinAir turbo because it has sensitive torque when you drive with a light foot, and, as I was saying, this facilitates switching gears. It also lowers consumption a bit: in this first test drive amidst Turin traffic and on the climbs of the Turin hills, consumption averaged about 9 liters for 100 km (11 km per liter: traffic and the Turin hills are not helpful either). Performance was quite brilliant, as usual for this little two-cylinder Fiat.

Hence, to save more it’s better to choose the 1.2 Fire (Fully Integrated Robotised Engine) petrol 4-cylinder, still on a 69 hp engine but in the approved Euro 6 updated version so as to stay below the threshold of 100 g / km (99 to be exact) in CO2 emissions. Among the other engines, as far as performance and fuel consumption go, the turbodiesel 1.3 Multijet 95 HP is very interesting too, declaring CO2 emissions of 89 g / km. In addition to the sedan, the restyling of the 500 also covers the 500C (the convertible body variant), while for setups there are two versions, Pop and Lounge, with prices unchanged from the current model: still starting from 13,600 Euros.