This four-door coupe blends performance and luxury as effectively as it mixes body styles.

The 2020 Audi S5 Sportback is what happens when you put a bunch of desirable and occasionally disparate automotive qualities in a blender and puree them until smooth. You create a creamy, rich driving experience.

This car blends the good looks of a two-door coupe with the usability of a liftback and the carrying capacity of a sedan. It matches up brisk, invigorating, and accessible performance with effortless tech and impressive luxury touches. And while this speedy four-door coupe has some failings – that backseat isn't that big, and the performance isn't quite as involving as we might like – the overall result is a hard-to-match combination that's easy to recommend.

Yeah, yeah, the Audi A7 looks great, but to your author's eyes, the A5/S5/RS5 Sportback is better, especially following its recent facelift. The shape and proportions are perfect, with the car packing a bunch of style into a relatively compact footprint. The 2020 model's revised headlights and flashier front grille, finished in gloss black on our tester, present a face that marries refinement with sporting touches. The profile is lovely, with the plunging roofline terminating in a stylish duck-bill spoiler, while the revised taillights paint a prettier picture at night, with more and more detailed accents.

In our specific tester's favor is the stunning District Green Paint. While not as evocative as the RS line's Sonoma Green, it's a tasteful and stylish earth tone that still manages to stand out on the road. It's without question the shade we'd choose for an S5. But letting the side down is our test unit's dorky 18-inch wheels, which are too small for the wells and don’t show enough brake disc.

We aren't really sure where these wheels came from, as they don't appear on the S5 Sportback's online configurator, but unfortunately these wheels take the place of the Black Optic package's gorgeous 20-inch, five-spoke alloys. We're happy to have the winter-weather capability of the Pirelli Sottozero Winter tires, but we wish it didn't come at the expense of aesthetics.

The cabin is typical Audi, with clean and modern designs, an emphasis on displays, and an overall functional layout that's easy to learn. Material quality is impressively high, while our test unit benefits from the optional carbon-fiber trim ($500) and Nappa leather upholstery ($1,000) in Rotor Gray. The combo of gray interior and green exterior is a good one. 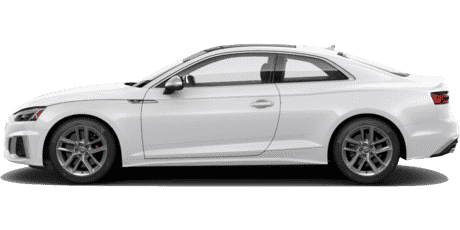 Dating back to the very first A5/S5, the seating position has always been excellent. The 2020 S5 is no different, featuring a low hip point and relatively little separating the bottom of the seat cushion from the floor. This is a sports-car-like setup that splays its drivers legs out, while the chairs themselves – standard 12-way buckets on our range-topping S5 Prestige – offer huge amounts of lateral support with enough cushioning for epic road trips.

Getting in and out of the front seats is a simple task, despite the low chairs. Doing the same in the back is more of a chore, with limited legroom and an aggressively raked roofline to account for. The BMW 4 Series Gran Coupe has the same issue, so we won't rage against the compromised S5 Sportback too much – if you really care about your rear-seat passengers, you (and they) would be far happier with an S4. But hey, at least the Sportback is roomier than the coupe.

Trunk space is ample, which is befitting of a liftback design like this. Audi lists cargo volume at 21.8 cubes with the rear seats up and 35.0 with them down, which blows the S4's 12.0 cubes clean out of the water – the outgoing BMW 4 Series Gran Coupe gets 17.0 cubic feet with the seats up, but a massive 45.9 with them folded. Getting access to that space is easy, too, since the Sportback’s power-operated liftgate opens so wide you might think it's the automotive equivalent of a detachable jaw.

Despite the sporting pretenses, and probably thanks to the not-from-the-factory 18-inch wheels, ride quality during our week of testing was sublime. While we gave the S5 a point for this, though, we doubt the factory 20s will be quite so capable on Michigan's pockmarked roads. But in terms of isolating the driver, our winter-ready S5 did well, ironing out impacts and providing a smooth, stable ride, while also exhibiting impressive noise control.

Audi's tech suite is familiar, but that doesn't make it bad. Virtual Cockpit, the company's name for its 12.3-inch digital instrument cluster, remains one of our favorite setups on the market, with a shallow learning curve, a great range of adjustments, and the ability to manage nearly every aspect of your Audi's infotainment system without taking your hands off the wheel. We recommend it wholeheartedly.

While Virtual Cockpit is standard only on the mid-range Premium Plus and our range-topping Prestige, every S5 features a 10.1-inch touchscreen above the center stack. While we miss the dial controller found in past Audis, the touchscreen functionality and the digital cluster's versatility are an incredibly good combination. The menus and sections here are a bit deep but figuring out what's where is easy enough. That touchscreen provides quick responses and pleasant haptic feedback, too.

Overall, the S5's tech suite feels thoroughly modern and suitable for a sporty luxury vehicle that starts at $52,500. The Prestige trim ups the ante, though, with a nifty head-up display and a kickin’ Bang and Olufsen audio system. And while it's a totally useless “feature,” we appreciate that the top-of-the-line S5 introduces nifty effects for the headlights and taillights – locking and unlocking the car is like enjoying a five-second fireworks celebration.

If you're upgrading from the standard A5 Sportback to the S5, it's a safe bet that the latter's turbocharged 3.0-liter V6 is the primary motivator. Packing 349 horsepower and 369 pound-feet of torque, improvements of 101 hp and 96 lb-ft compared to the four-cylinder A5, this speedy offering will scoot to 60 in an invigorating 4.5 seconds. That's right-sized performance – quick enough you can wind out the engine on the regular, but still easy to manage and unlikely to attract ticket-wielding officers.

That sprint to 60 also bests the S5 Sportback's two primary competitors – the Kia Stinger GT takes 4.7 seconds while the recently deceased BMW 440i GranCoupe needs 4.8 seconds. While not a direct competitor for the liftback Audi, the Mercedes-AMG C43 does tie the S5's time, despite a 36-hp and 15-lb-ft advantage.

In practice, the 3.0-liter engine is a joyful companion that's eager to rev and generous in the way it distributes torque. We never even sniffed the 155-mph top speed, but in virtually every driving situation, that pace felt a mere pedal press away. Throttle response is excellent in the default Auto mode, to the point that we rarely switched the powertrain over to Dynamic. That said, the best sounds from the smooth-singing V6 come by fiddling with the Audi Drive Select system – the Individual setting was our preferred option for preventing the gas pedal from getting too snappy without sacrificing the quad-tipped exhaust's song.

The S5's automatic gearbox was a willing companion too. This transmission lacks the right-now attitude of the first-generation S5's DSG setup and it's not nearly as fun as the six-speed manual from yesteryear, but the eight-speed Tiptronic automatic will impress anyone that hasn't experienced the older V8-powered S5. Its attentive behavior off the line and eager responses to paddle-demanded gear changes pair with inconspicuous behavior when in Comfort – it's a key component to the S5's dual-purpose nature.

That willingness to blend performance with comfort is also present in the suspension. This car isn't nearly as sharp as an Alfa Romeo Giulia or even a Kia Stinger (some of that is down to the winter tires, to be fair), but the suspension keeps a tight grip on body motions, there's pleasant weighting through the trick variable-ratio steering and a fair amount of feedback through the chassis.

Our test model benefits from the optional adaptive dampers, included in the $2,500 S Sport package, which can adjust between firm and soft settings at the press of a button. The S5's suspension also sits nine-tenths of an inch lower than a standard A5, reducing the center of gravity and contributing to the agile behavior. You'll also find a high-performance differential as part of the S Sport pack, but we struggled to feel it working in the cold and on seasonal rubber.

Where'd the S5 fall short? Braking performance is merely so-so, with the pedal being a bit on the grabby side, while the car's overall character doesn't really come together to stir the driver. Throwing the S5 around is fun, but it never encouraged such behavior or felt particularly happy in the moment. The performance here is likable, but the car itself feels a little too uninterested in proceedings. That said, we'd probably issue similar complaints about the Audi's competition, so…

The S5 Prestige comes loaded to the teeth with active safety equipment. Yes, that means full-speed adaptive cruise control, but you'll also find a fantastic active lane-keeping assist system. The pairing is magic, dramatically reducing the driver's workload on the highway with their competent performance. These well-integrated systems require little setup before being put to use.

We also need to heap praise on the S5's excellent LED headlights. While these units lack the nifty matrix-LED dimming function you'll find in Europe, their ability to turn night into day, especially in the cold, dark winter months, is hard to overstate.

We didn't keep close track of our fuel economy, instead opting to exercise the 3.0-liter engine whenever possible, but the EPA claims the S5 Sportback will return 20 miles per gallon city, 27 highway, and 23 combined while consuming a diet of Premium fuel. The S5 falls three points short of our target for its class of 26 mpg combined, while it sits between its two main competitors.

The king of the hill is the outgoing BMW 440i GranCoupe – with all-wheel drive, it nets 22 mpg city, 30 highway, and 25 combined. On the other side of the Audi is the all-wheel-drive, twin-turbocharged Stinger, which earns a dismal 17 mpg city, 25 highway, and 20 combined. Like the S5, both cars require high-octane fuel.

Technically, the S5 Sportback is the most expensive car in its class. At $51,900 to start, it’s slightly pricier than the base 440i GranCoupe ($51,000) and the V6-powered Stinger ($43,690). But that doesn’t tell the whole story, because the S5 includes its Quattro all-wheel-drive system at no charge – getting the front axle to contribute on either competitor costs $2,000 and $2,200, respectively.

Still, it’s hard to explain away the $16,000 in options that took our as-tested price to $69,240. Stepping up to the Prestige trim adds $8,400 to the price tag, most of which is worthwhile gear. We want Virtual Cockpit, the active safety gear, the Matrix LED headlights, and the Bang and Olufsen audio. These are worthwhile upgrades. The $2,200 Black Optic package is a bit dear, but we love the aesthetic touches it makes. The $500 carbon fiber interior trim is easy to pass on, but we’d struggle to say no to the $2,500 S Sport package and the $1,150 dynamic steering. They simply have too big of an impact on performance.

Out the door and with the $995 destination charge in mind, our District Green S5 came in at $69,240. That’s dramatically more than you’ll pay for a fully loaded Kia Stinger GT2 ($55,280), but it does feel like a adequate value. The Audi perfectly mixes sporty traits with class-leading technology and a resolute focus on luxury and comfort. Yes, you’ll pay a bit more for it, but taken as a whole, the S5 Sportback is a very compelling sport-luxury package with a price tag to match.