444 horsepower and five doors makes for the best RS 5 yet.

We’re straddling the Czech border and the 2019 Audi RS 5 Sportback is nearing the limit on the German autobahn, the cabin an absolute riotous concert of noise. We’re in Dynamic mode, the Tiptronic on the eighth and final gear, and the 2.9-liter twin-turbo V-6 is hammering down, the Singleframe grille and honeycomb intakes sucking in the surrounding atmosphere, our four 275/30 20-inch summer performance wheels bear a new 5-arm flag design, but at the moment to anyone gazing our way, they’re furious blurs, four mini-tornados harnessed at each corner of the chassis. 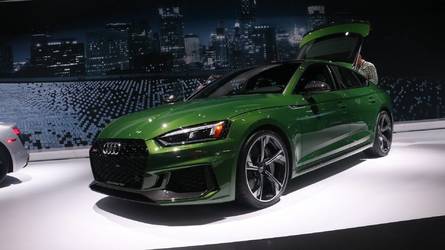 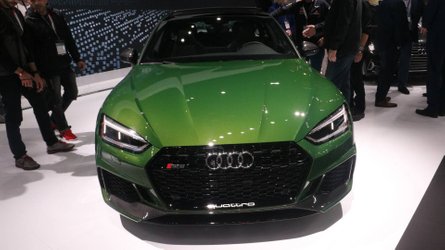 Far up ahead we register an incoming nuisance – an indistinct micro-machine of a wagon slowly merges into our lane – immediately my right foot crashes down on the brake, the gray calipers claw into the carbon-ceramic brakes, a sudden whoosh rips through the cabin, like a hawk flapping its outstretched wingspan down over us, the speed ripping off faster than it came on.

Look at it closely and you’ll notice the ingredients are familiar, but this cake is just a bit tastier. The 2019 Audi RS 5 Sportback is here, and we’ve put it through its paces during two days of driving in Eastern Germany, and on Audi Sport’s own facility and test track in Neuburg. In the case of the Sportback, which is mechanically similar – near identical – to the RS 5 Coupe, it’s what’s different that makes it standout. 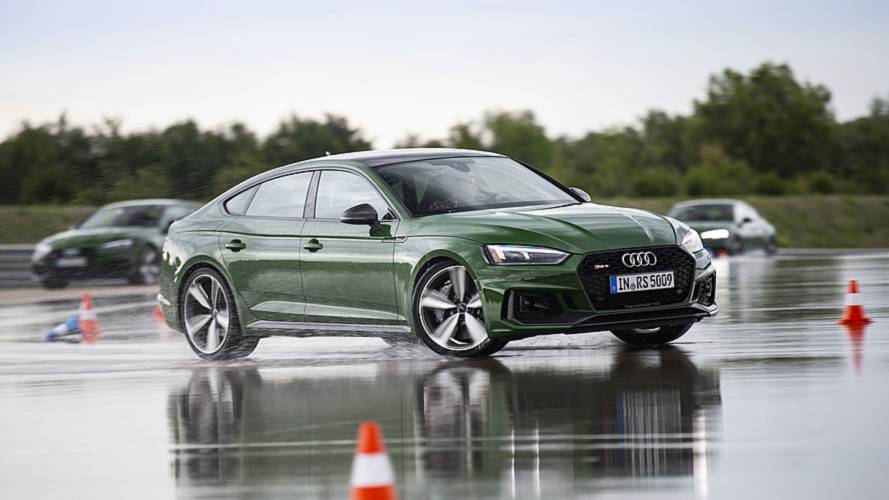 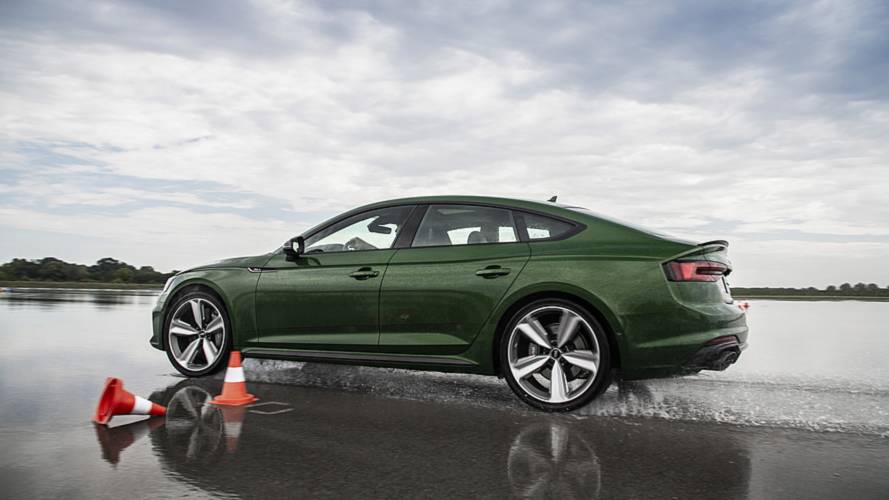 At every level of its lineup, Audi wants to ensure there’s something alluring that will appeal to you. The Audi A5 has Coupe, Cabriolet, and Sportback versions. The S5 counts on the same three body styles, but ups power considerably from 252 hp to 354 hp, and shaves 1.2 seconds off the 0-60 mph times, regardless of which style you opt for, all while adding sportier looks. Currently, if you want to go above the S5 line in the range, the RS 5 Coupe is the sole choice. Packing 444 horsepower, a generous 443 lb-ft of torque, and a very quick time to 60 at just 3.7 secs, there’s a lot to like. But appealing as they are, coupes are very much a niche market.

The new Sportback on the other hand, offers four traditional doors which makes getting in and out easier, and a fifth door by way of a hatch-roof at the rear, which adds a further measure of practicality. And in this particular case, to our eye, it’s at least as attractive as the coupe.

Despite the two extra doors and hatch, the RS 5 Sportback is only 89 pounds heavier than the Coupe.

Being an RS and Audi Sport model, it has to have performance, something the RS 5 Sportback brings with its 2.9-liter biturbo V-6, paired to an eight-speed automatic transmission. Despite the two extra doors and hatch, it’s only 89 pounds heavier, and only one-tenth of a second slower to 60 mph than the Coupe, at 3.8 seconds. Audi says that number – as are its other estimated times—is on the conservative side, too.

There are other tricks in the performance envelope as well. The standard Quattro all-wheel drive can of course distribute power to both axles, but RS-specific tuning allows nearly all of the torque to be distributed to either of the rear wheels, which helps tremendously with cornering, as we saw on Audi Sport’s own proving track. 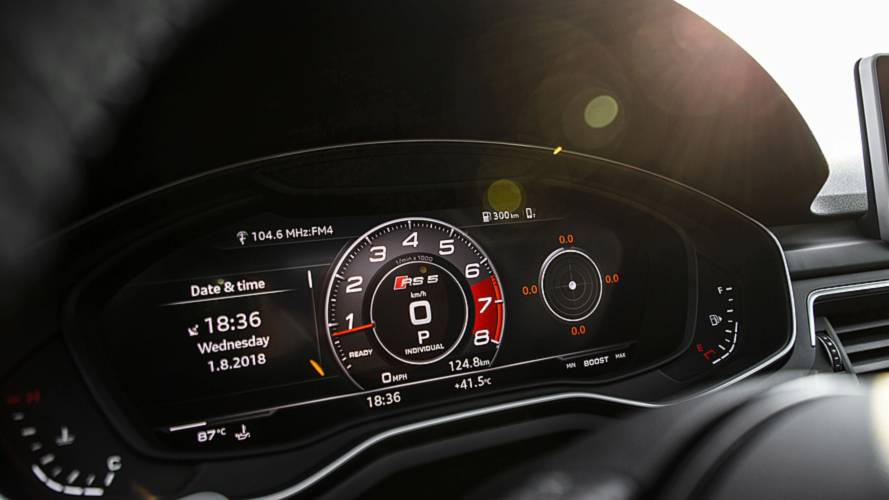 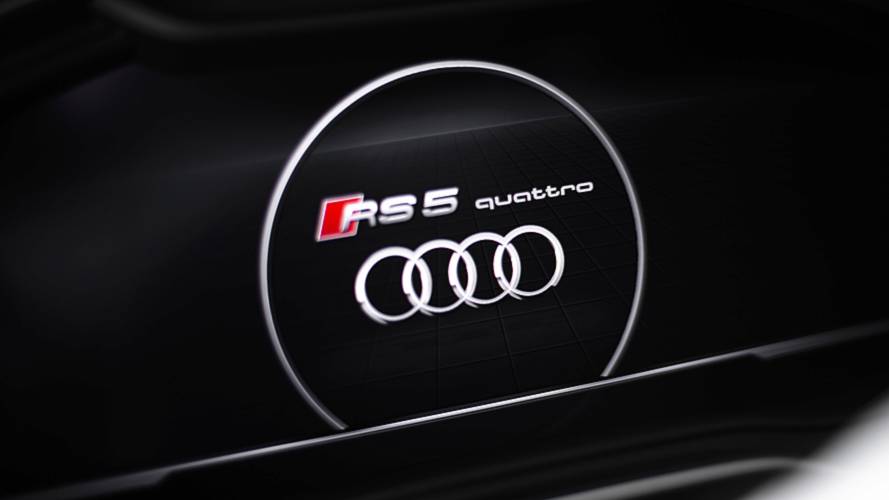 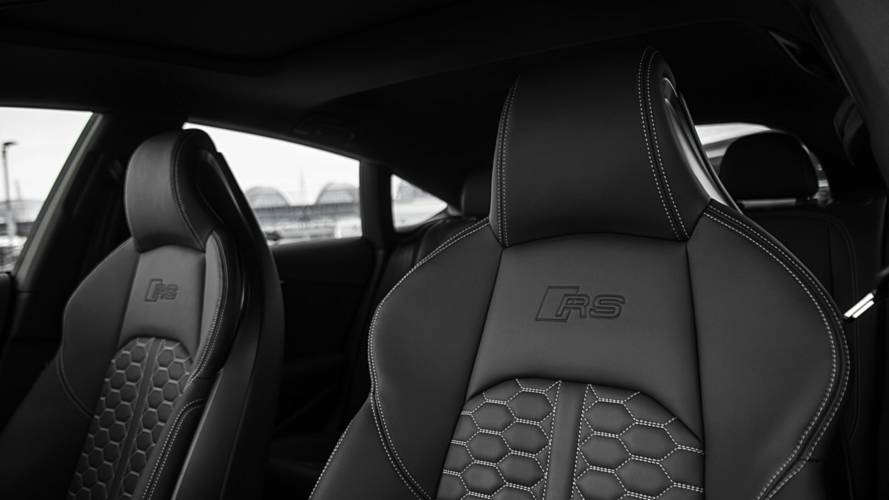 Additionally, with a simple two-stage process, you can completely deactivate the ESC. Audi kindly wet down a tarmac and allowed us to play around a bit, which if nothing else, demonstrated that while the Sportback has tremendous grip, you can still wag the tail, and drift, if so inclined. But while yes, this is an RS model and sports car, and it has legitimate track chops, it’s also truly a GT car, and so it was on the country roads through the Black Forest, and on the autobahn at speed, where the RS 5 really proves its worth.

On the road portions of our route, it’s here we have time to play with the driving modes, and it’s here through dedicated tuning that the RS 5 proves to be a true Jekyll and Hyde, especially on the extreme ends of the spectrum. In Comfort mode, the cabin is a quiet respite, the drive smooth, you might be tempted to tap into the Bang and Olufsen 19-speaker 3D sound system if you’ve optioned it. You can settle in and appreciate the finer details of the cabin, of which there are several.

The RS sport suspension alone is worth the investment in the Dynamic Package.

There’s the familiar Audi Virtual Cockpit, with its sharp, alluring graphics, and that 8.3-inch center MMI display screen. A sporty flat-bottom, perforated leather steering wheel is standard—unless you opt for a heated wheel – and you might engage the massage function on the 12-way power bolstered seats. With leather and Alcantara seating surfaces, delightful contrast diamond stitching, and RS embossing, the vibe is still black tie at the garden party.

One thing that could use revision, the sunroof has a perforated fabric sheet that serves as the cover between you and the glass on the roof. This might be fine in Germany, but in places like California, or desert climates like the Middle East – where you might go months without seeing a cloud – and can easily spend a couple hours in the car, it doesn’t completely shield you.

There are several packages to choose from but if you’re interested in an Audi Sport model, the two that you’re most likely to consider are the performance upgrade packs. The Dynamic Package adds red brake calipers, an RS sport suspension – that one is worth the investment alone – and an RS sport exhaust system with black tips.

The Dynamic Plus Package can be added onto the Dynamic package, and increases top speed from the electronically limited 155 mph, up to 174 mph. It also adds a carbon-fiber engine cover, carbon-ceramic brakes, and gray brake calipers. RS 5 product manager Anthony Garbis tells us nearly every Sportback sold in the U.S. will have a performance pack added. 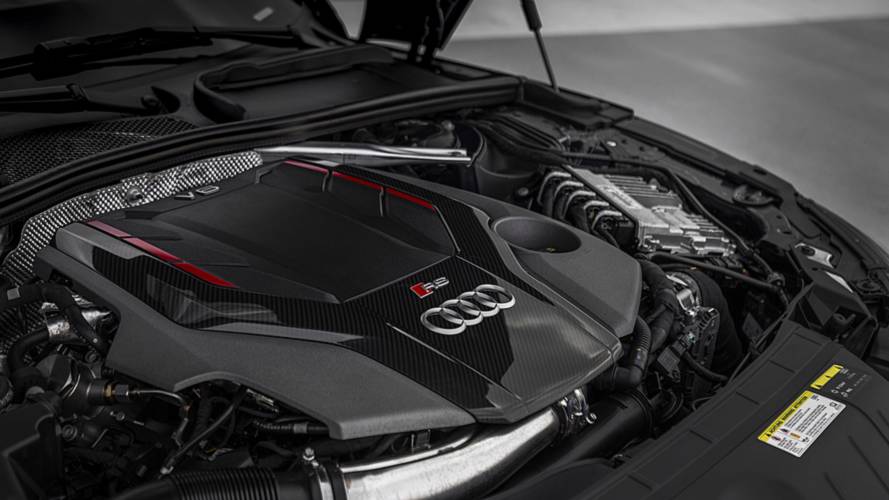 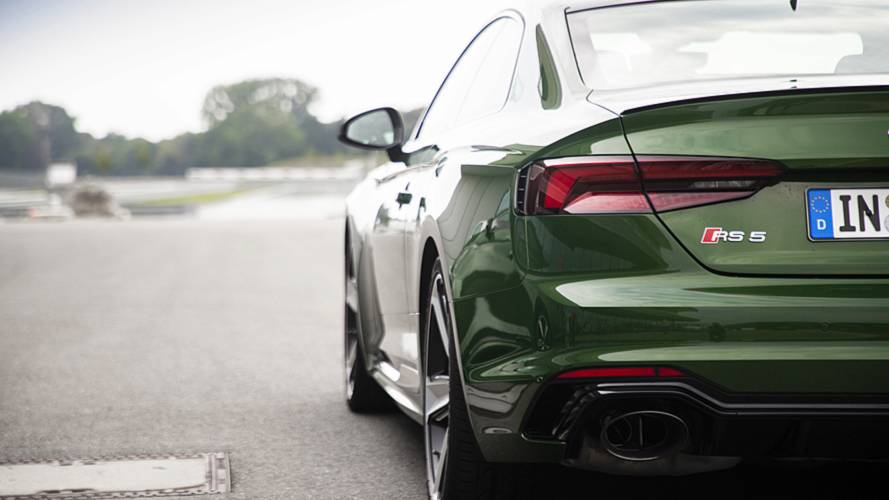 In fact, the U.S. market seems to have quite the appetite for Audi’s performance cars, enough so that Michael Renz, head of Audi Sport, says the U.S. will be the first to receive the five-door RS 5 later this year. When it does so, it will be priced starting at $75,195 after delivery has been factored in, and it won’t have any direct competition, says Audi. While the RS 5 Coupe competes with the Mercedes-Benz C63 S Coupe, and BMW M4, the five-door Sportback doesn’t have an exact equivalent on account of its five-door hatch body – although it’s hard to ignore the traditional C63 and M3 sedans in this conversation. For similarly shaped cars, the larger BMW 650i, and more powerful versions of the Mercedes CLS 500 could be slightly upsized—and a little slower—alternatives, if not exactly in the same class.

The 2019 Audi RS 5 Sportback retains the personality, exceptional interior refinement, and performance of its coupe sibling, while adding practicality, and a measure of style. Its distinct driving modes mean it can be a refined GT, a venerable track-attack sports car, or a sleek, get-about-town cruiser. In many ways, Audi Sport’s newest model is one of its most appealing yet.