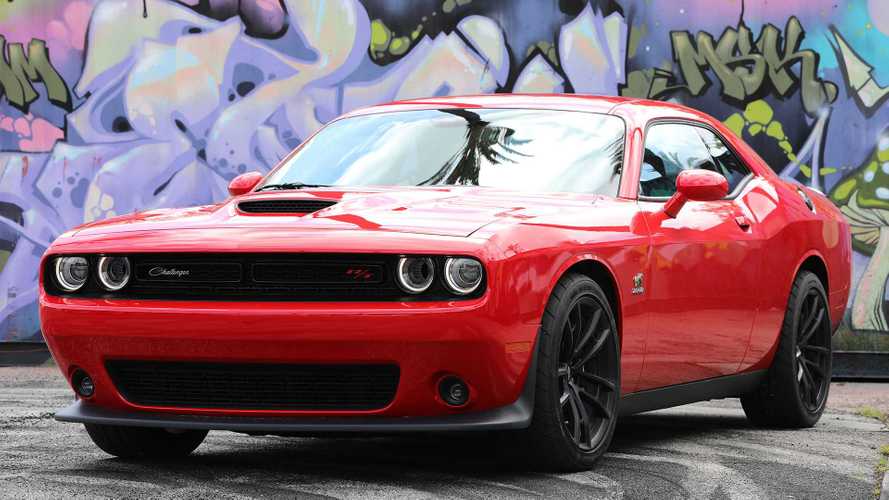 If traditional passenger cars are going the way of the dodo, nobody bothered to tell Dodge. While the industry is currently experiencing a pronounced shift toward crossovers and SUVs, the 2019 Dodge Challenger is coming off its best sales year ever, beating the Chevrolet Camaro for the second year in a row and even topping the Ford Mustang in the fourth quarter of 2018.

That success might be baffling to some. After all, the Challenger is more than a decade old now (its platform dates back even farther), and its pony car rivals have since matured into fairly sophisticated pseudo-sports cars. The Challenger, however, remains steadfast in its muscle car roots, making headlines with the world-beating Demon in 2018 and unleashing 800 horsepower on the general public earlier this year with the SRT Hellcat Redeye.

While that commitment to pavement-melting heritage has certainly paid off in terms of public perception, the aforementioned models served as aspirational high-water marks rather than mainstream hits due in large part to their near six-figure price tags. But fun shouldn’t be exclusive to those with deep pockets.

With that in mind, the latest iteration of the Challenger brings much of the Demon’s drag strip-proven tech to the masses, offering enthusiasts a chance to get behind the wheel of a turn-key performance machine that’s set up from the factory for drag-strip dominance at a (relatively) affordable price.

“We couldn’t just make the Demon and walk away from the drag strip,” explained Kevin Hellman, Dodge brand manager at FCA. “We needed to do something else – a car for the grassroots racer.”

That's where the new 1320 package comes in. Add this $3,995 package to the $38,995 Challenger R/T Scat Pack, and you've got the most drag-focused, road-legal muscle car this side of a Demon or SRT Hellcat Redeye. To give us a taste of its performance, Dodge invited us to Auto Club Raceway in Pomona, California. For the past several years the site has played host to the Spring Festival of LXs, an annual event celebrating the LX platform that underpins the Challenger, Charger, Magnum, and Chrysler 300, and that brings in folks from across the country. And as early bird show-goers started to gather in the parking lot for this year’s fest, we spent the morning putting the 1320 through its paces a quarter mile at a time.

The 1320’s design focus is centered on getting the car to launch from a standstill with as much urgency as possible.

Countless drag strip battles are won and lost at the starting line. In the racing world, horsepower isn’t worth a whole lot if you can’t effectively get the power to the ground. With that in mind, the 1320’s design focus is centered on getting the car to launch from a standstill with as much urgency as possible.

As with the standard Challenger R/T Scat Pack, the 1320 gets its motivation from a naturally aspirated 6.4-liter “Hemi” V8 that dishes out 485 horsepower and 475 pound-feet of torque. While the garden-variety Scat Pack offers buyers a choice between a six-speed manual transmission and an eight-speed automatic transmission, the latter is the sole gearbox available here. Consistency is the key to fast time slips, and a predictable, fast-shifting auto – particularly one as good as the ZF-sourced unit in the Challenger – will outpace even the most seasoned three-pedal diehard every single time.

Transferring weight to the rear end of the car is another crucial component to the puzzle, so the 1320 gets the Demon’s specially-tuned adaptive suspension package that softens the back end up in Drag mode, which helps shift the mass rearward and press the fat rear tires into the ground. Speaking of tires, the 1320 also scores drag-focused rubber with specially-developed Nexen SUR4G Drag Spec street-legal drag radials in 275/40R20 at all four corners to maximize straight-line grip. Heavy duty half shafts are also on hand to ensure that the drivetrain is up to the abuse.

Like the Demon, the Scat Pack 1320 is equipped with line lock and trans brake systems, technologies aimed at providing the driver with more control over how power gets to the pavement. Line lock uses the front brake system to hold the car in place while the rear tires spin freely at the command of your right foot. It’s an essential feature at the drag strip, where sticky tires inevitably cool down in the staging lanes and pick up loose debris on the way to the starting line. Baking the rear tires with line lock scrubs off that loose debris while bringing heat back into the rubber. It also makes for some pretty wicked burnouts.

The trans brake is similar to a launch control system in that it allows the driver to bring up the engine revs while stationary to provide a more aggressive launch, but it also gives greater control over real-time adjustment to help maximize the effect. This sort of tech was more or less exclusive to the aftermarket prior to the introduction of the Demon, and like its boosted bigger brother, the 1320’s trans brake plays a significant role in getting the car off the line with maximum haste. Get it right and Dodge says the Scat Pack 1320 will hit 60 mph in 3.8 seconds on its way to a quarter mile time of 11.7 seconds. But as with the Demon, it takes more than mashing the throttle when the lights go green and letting the car sort out the rest to pull sub-12-second times at the strip.

Drag racing may look simple on the surface – just drop the hammer and go, right? – but it demands drivers nail every aspect of the process over the course of mere seconds. With such short races, a single small mistake is all it takes to lose.

“The first thing I tell people is not to try to figure out how to use everything while they’re at the starting line,” said SRT engineer Jim Wilder from the passenger seat as we rolled up to the burnout box. “It can be a lot to take in all at once.”

The trans brake, in particular, takes some mental gymnastics initially. After firing up Drag mode on the center console, the driver presses down hard on the brakes to activate trans brake , holds it there, and then pulls and holds both wheel-mounted shift paddles.

From here, dial in the RPMs by gingerly rolling into the throttle until the digital tachometer in the gauge cluster hits the desired range (between 1800 and 2100, Wilder says). Once the revs are up and where the driver wants them, they release the left paddle, then take their foot off the brake pedal. After the brake pedal comes up, the car remains stationary until the driver releases the right shift paddle. When the lights drop on the tree and the driver releases the paddle, the fireworks begin.

As with the Demon, the process seems a little convoluted initially. Newcomers will likely cause the system to abort the trans brake process more than once while they get the steps down. But once it becomes muscle memory, you’re left wondering how a manufacturer would implement such a system in any other way.

Although the procedure is more or less identical to the Demon’s, getting a near-perfect launch out of the Scat Pack 1320 is noticeably easier. Sure, the Demon’s 355 additional ponies will make for hair-raising ETs when everything goes according to plan (and potentially get you kicked off the track if you haven’t installed a roll bar), but such an enormous level of grunt is tough to wrangle out of the hole, and finding that perfect balance between bogging off the line and creating a tire-spinning smoke show for the first 60 feet down the track can prove elusive. The 1320 is more forgiving in that way, and more immediately rewarding as a result.

The Challenger may be something of a blunt instrument when it comes to performance, but that has always been part of its charm. While the 1320 is a step or two behind the Demon and Redeye models, its price tag brings the prospect of a legitimate factory-prepped drag-focused muscle car back into the realm of mainstream accessibility, where it all started. Anachronistic or not, it’s clear that there’s still a significant portion of the market where that approach continues to resonate.