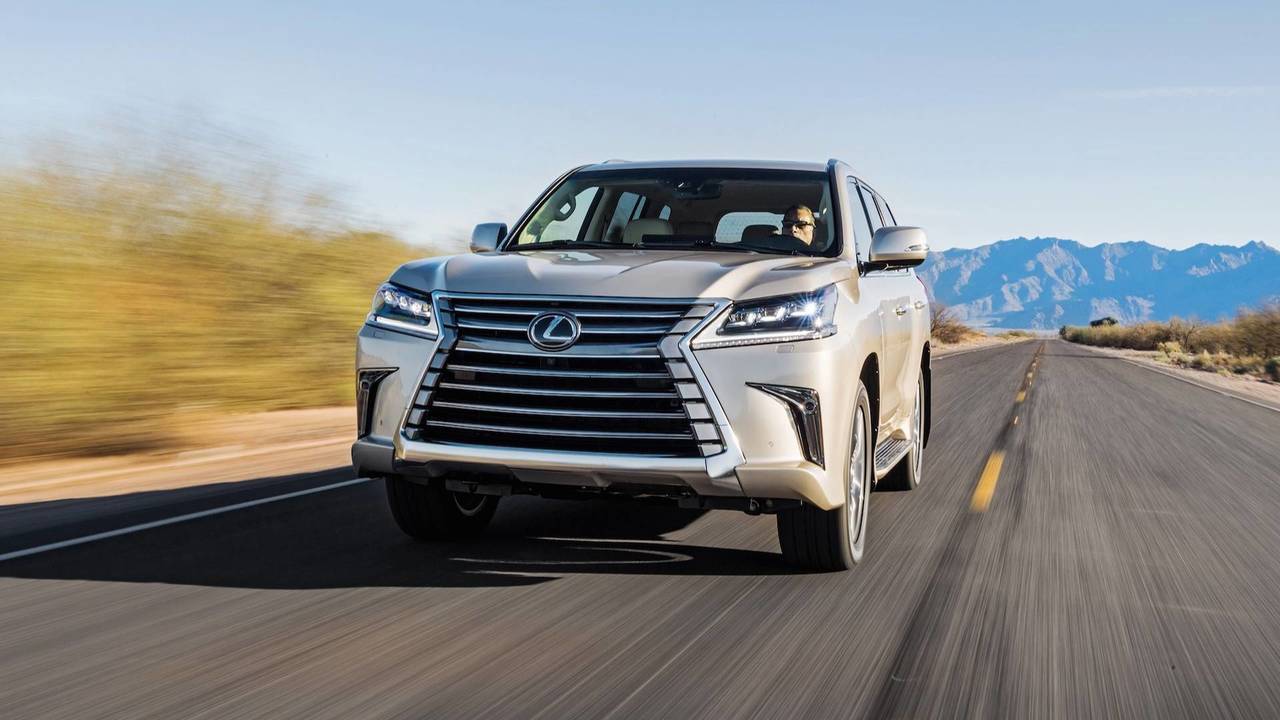 The LX loses a third row, but makes up for it with a massive storage compartment.

Riding on a truck platform and wielding a large V8 engine, the Lexus LX 570 is the epitome of an old-school, full-size SUV. It’s been on the market since 1996, and in its current form since 2008. Now 10 years out from its most significant update, the LX is getting an option that has never been offered before: two rows.

Though it may seem counterproductive – most SUVs are adding seats (i.e. Lexus’s own RX L) – the LX is doing away with them in the name of storage. No longer is the large Lexus able to lug around eight passengers in this trim. Instead, it has room for five, and a whole lot of space for cargo. And I mean a whole lot.

The removal of the backseat adds an extra 5.8 cubic feet of space over the standard three-row model; the two-row LX 570 has 50.5 cubic feet of carrying space behind the second row compared to 44.7 cubes in the three-row model (for reference, the Lexus RX has just 18.4 cubic feet behind the second row). It’s easily one of the largest-looking cargo holds in any SUV, and it has the ability to squeeze in things like bikes, golf bags, and large luggage all at once. Heck, if you were so inclined, two shorter people could theoretically camp out back there with it completely empty.

Apart from all that additional space, the rest of the interior gains little in the way of updates – but it’s still a nice place to be. The seats are cozy, there’s plenty of driver and passenger legroom, even for my six-foot frame, and soft, supple leather and real lacquered wood is draped over nearly every inch of the cabin, from the steering wheel to the door panels. Even with a bunch of buttons scattered along the dash and center console, the styling is clean and well thought-out, and doesn’t require too much searching to find the right settings.

Like the cabin, the exterior hasn’t seen much of anything in the way of freshening. The LX adopted a larger version of the Lexus corporate spindle grille with its most recent revamp in 2015, as well as a handful of new features like standard LED headlamps, distinctive 20-inch wheels, large LED taillights, and a split tailgate.

Power comes courtesy of a 5.7-liter V8 putting out 383 horsepower and 403 pound-feet of torque. Paired to an eight-speed automatic transmission, the brawny V8 has enough grunt to move the 5,800-pound SUV down the road with ease; it’s not quick, but there’s never a lack of power when you need it most. The brakes are pretty good also; even the lightest amount of pressure will stop the behemoth SUV in its tracks.

With a standard integrated tow hitch receiver, it can also tow up to 7,000 pounds (i.e., boats, jet skis, etc.), further enhancing its appeal to active lifestylers. Gas mileage is a below-average 13 miles per gallon city, 18 highway, and 15 combined – poor even for this class.

It makes for a pretty enjoyable, comfortable ride, and with an upright windshield a large greenhouse, it provides good visibility, too.

On-road, the LX maintains most of the same body-on-frame dynamics you’d expect in a truck-based SUV: the body sways dramatically in corners, and the roar of the V8 pierces the cabin significantly enough to remind you of its trucks roots. Thankfully though, Lexus has softened up the suspension, improved sound dampening compared to a standard truck, and boosted the power steering for easier handling. In a straight line at highways speeds, it makes for a pretty enjoyable, comfortable ride, and with an upright windshield a large greenhouse, it provides good visibility, too.

All-wheel drive comes standard, as does a height-adjustable suspension system that uses electrohydraulic controls to raise or lower the vehicle. A crawl function, and a multi-mode traction control system with dirt, mud, and snow settings, also give the LX the ability to take on tough stuff. Unfortunately, with its large lower fascia, 20-inch wheels, and low-profile tires, the LX won’t be taking on the Rubicon anytime soon. It remains a good feature on-road nonetheless.

As far as trim levels are concerned, Lexus offers its two-row LX in a single upper mid-range package (buyers can still fully stock the three-row model, though). That means you won’t be able to get much in the way of options. Still, the SUV is ripe with standard safety features including park assist, blind spot monitoring with rear cross traffic alert, and a 360-degree camera, as well as amenities like navigation with voice command, Bluetooth, and Siri Eyes Free, all projected onto a large 12.3-inch tablet-style touchscreen infotainment system that juts up atop the dash. Unfortunately like most Lexus infotainment systems before it, the system is clunky to use while driving, and the controller is overly sensitive.

Lexus also offers complimentary access to its Enform App Suite for the first year. The feature allows owners to remotely lock or unlock the vehicle, remote-start or stop the engine and climate control, as well as locate the vehicle in a crowded parking lot on their iPhone or Android device.

Still, the Lexus LX Two-Row has plenty to recommend it. The spacious cargo area is a first-rate option for those with a lot of things to move, and not a lot of people. And with a powerful V8 and a comfortable ride, it’s an enjoyable option for a long road trip. If you can swallow the $85,000 asking price, and are willing to overlook some of its more modern competitors, the LX Two-Door is a competent, capable vehicle in its class.