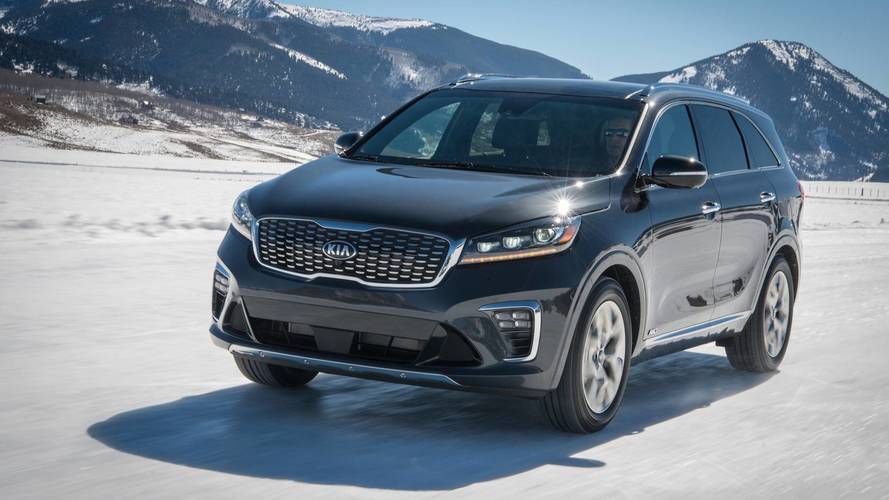 With a nip here, and a tuck there, the Kia Sorento gains a moderate update for the 2019 model year. Not a whole lot has changed, admittedly; designers have cleaned up the front and rear fascias, while engineers have upped the efficiency by way of an all-new eight-speed automatic gearbox on V6 models. Apart from that, nearly all the same comfort and capability available on the outgoing model carries over – which is good news for fans of Kia’s largest crossover.

At first glance, you might not even notice that the Sorento has been updated at all. But compare it side-by-side with the outgoing model, and it’s apparent that designers really tightened up the styling both inside and out. There’s still an excessive amount of chrome, particularly on the grille and wheels, but the front fascia is now more attractive with all-new headlights, and sharp LED fog lights (on SXL) with chrome fixtures. The larger 19-inch wheels are brand new, too. Out back, the Sorento gains a similar LED taillight treatment to what you’ll find on the front, a new diffuser, and of course plenty of chrome accenting.

In the cabin, many of the same subtle revisions carry over. A revamped steering wheel design, some new air vents, and upgraded instrument cluster graphics are all part of the refresh. The panoramic moonroof is also a nice touch. Buyers can opt for upscale Nappa leather in new mahogany and terracotta color options with revised upholstery patterns, while SX and SXL trims gain power lumbar for the passenger seat as well as the driver.

The Sorento now comes standard with seven-passenger seating on all trim levels; the outgoing model only offered it as a standard feature on LX V6, EX V6, SX, and SXL models. While the third row may be difficult to access and a bit tight with only 31.7 inches of legroom, the rest of the cabin is relatively spacious.

In terms of drivability, the Sorento is no sporty CUV. There’s a numb on-center steering feel, and the rack isn’t nearly as quick or well weighted as some of its competitors. But that’s not really the point. The Sorento is comfortable and refined, and perfectly responsive on the some of the curviest roads Colorado has to offer. Body roll remains at a minimum, the suspension soaks up imperfections without so much as a vibration, and the eight-speed gearbox is perfectly compliant, if a bit slow to react at times.

The all-wheel-drive system is good, too. With its ability to monitor driving conditions and anticipate just how much power to put down at each wheel, things like dirt roads, snow banks, and occasional bouts of black ice were no problem for the 2019 Sorento. For those particularly adventurous weekend excursions, the Sorento can even tow up to 5,000 pounds with all-wheel drive and the V6 equipped.

The Sorento drops its 2.0-liter turbocharged engine but continues to offer both a 2.4-liter four-cylinder and the 3.3-liter V6 that I tested. The engines deliver 185 and 290 horsepower, respectively. At nearly 9,000 feet above sea level, the V6 wasn’t nearly as punchy as it would normally be at lower elevations, but remained more than adequate all the same.

The more powerful V6 is less efficient, naturally, but gets a modest improvement over the 2018 V6 model thanks in part to the new eight-speed automatic transmission. The V6-powered Sorento now returns 19 miles per gallon city, 26 highway, and 21 combined (with front-wheel drive), compared to the outgoing version’s 17 city, 23 highway, and 19 overall.

With Apple CarPlay and Android Auto now standard on every Sorento, including models with the base 7.0-inch touchscreen system, the CUV is more tech-friendly, too. Kia’s Uvo infotainment system, which allows access to things like satellite radio and navigation, is available with a larger 8.0-inch screen as standard in the SXL model. Also new for 2019 are features like a wireless charging pad, and Harmon Kardon QuantumLogic surround sound, both available as options on most trim levels.

Opt for the EX trim and higher, and the Sorento now comes standard with a forward collision warning system, adaptive cruise control, blind-spot monitoring, rear cross-traffic alerts, and a surround-view monitoring system. The former safety systems are especially advanced, and do a fantastic job of keeping the crossover centered in the lane, as well as a good distance from the vehicle in front of it without being too forceful or with any inconsistent warnings.

For all that’s mentioned, the range-topping Sorento SXL should set you back no less than $45,000. Kia hasn’t officially announced pricing for the 2019 model, but the outgoing version started at $25,900 for the base L model, and went all the way up to $44,500 for the SXL. New features like the standard three-row seating, Apple CarPlay compatibility, and the eight-speed automatic already mentioned should bump the overall price a bit more.

Overall the 2019 Kia Sorento is an improvement, if only a small one. Standard three-row seating will be the biggest selling point, undoubtedly, as will improved fuel economy, and adding standard features like Apple CarPlay and Android Auto will help sway the more tech-savvy consumer. 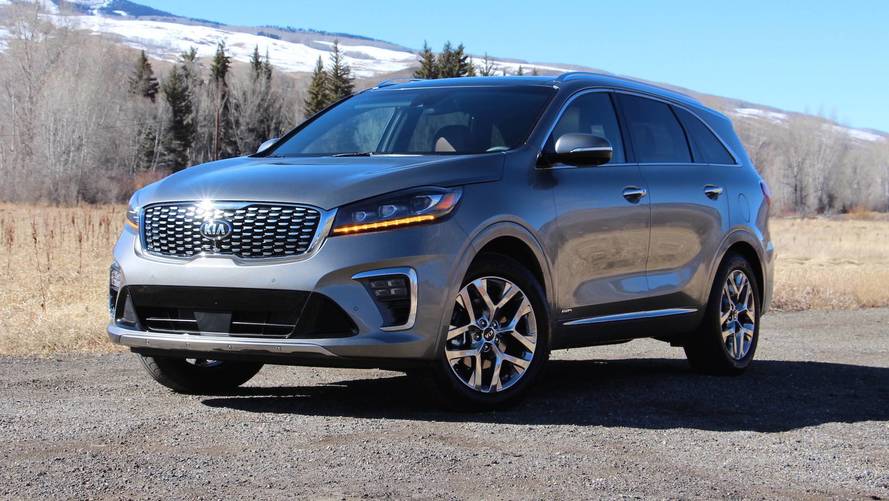