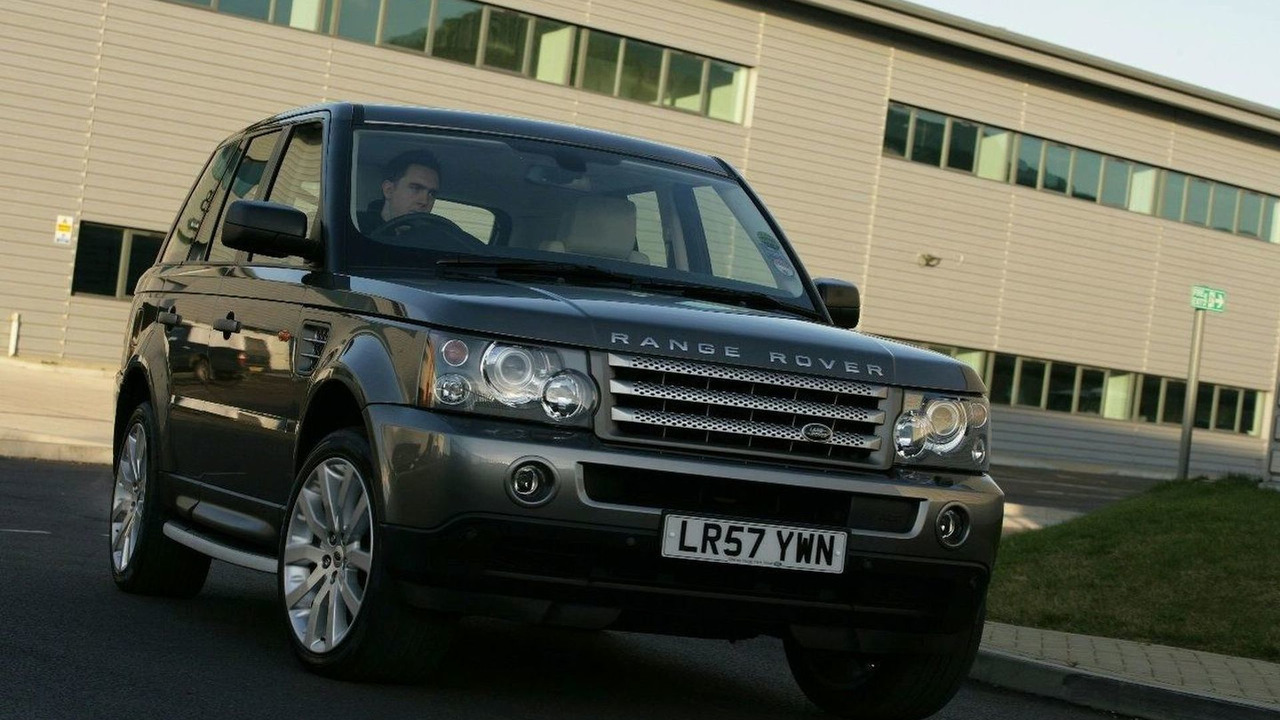 Despite selling out a little with this mass-market, watered down version of the great Land Rovers of years gone by, the badge doesn't seem to have suffered one bit.

In the rough and tumble world of off-roading one name has stood tall for generations, Land Rover. The Defender has rocked the little trodden path for as long as any of us can remember, but they needed a new weapon for the urban battlefield. Meet the latest in the breed, the Range Rover Sport Supercharged.

The Land Rover-style became fashion almost by accident, as the American driven SUV market exploded with the likes of the BMW X5 and Mercedes ML joining the high-class fraternity. Land Rover was almost caught by surprise, but then responded with a gem of a car that cashes in on every bit of mudslinging heritage and yet is built for the city– the Range Rover Sport.

It’s big, square and buff, with slabby sides, an upright animal that comes with an imposing feel that will shift almost anything out of its way when it looms large behind them on the motorway.

But there are the little touches that take this beyond the simply square, like the grille that looks like a cheese grater left out as part of the décor in a flashy London show home. Then there are the side vents and race-bred Brembo brake callipers underneath those elegant 20” alloy wheels that show this isn’t a machine for the outback trail, but then it is plenty fast.

Beneath its imposing bonnet lies a Jaguar-sourced supercharged V8 developing a huge 400bhp and an even more impressive 420lb ft of torque, all powered through a six-speed automatic. Driving this beast is simply a matter of planting the right foot, feeling the front end rise like the bow of a ship, the engine screaming and the car taking off.

The 0-60mph sprint comes up in just 7.1 seconds and this beast will rage on to 130mph, which is all I’d ever want from a car that weighs more than 2.5 tonnes.

Computers dissipate the power, pushing it to the wheels that can use that tidal wave of torque best. The driver is simply isolated from the speed and driving this car takes no effort whatsoever. Go in too fast and it will inevitably understeer towards the rim of the road, but at a gentle lope the Range Rover simply devours land with the occasional stab on the reassuringly big brake pedal and twist of the leather-clad wheel.

It’s not especially fun to drive, despite its enormous torque, and the seamless automatic is the far more natural marriage than the optional manual gear changes you can effect. So if you’re looking for driver involvement then look away now, but this is not a car for real drivers. It’s a comfortable and cool alternative to a big estate.

It is remarkably refined, can take five grown adults anywhere without cramps setting in, the suspension soaks up everything the road can throw its way and it will simply roar between cities with no work involved – filling the mirrors of the car in front and bullying them from its path. Then, surprisingly, it comes into its element.

The spacious, upright driving position allows a panoramic view of the cars all around, which is a Godsend in the city when obstacles ahead are obvious and avoidable. The sheer size can present the odd facedown with oncoming traffic on a narrow road, but the Range Rover Sport is actually not that much bigger than a 3 Series BMW and the squared corners make it easy to place and manoeuvre.

And out on the open highway the Range Rover affords a clear view and more reaction time than a sportscar driver could ever dream of. With time at the wheel I started to watch the cars in front, and before long I had half a mile of clear visibility in one eye with the other on the car in front. The car directly behind me could see absolutely nothing, of course, but then I didn’t have to worry about that.

The weight and suspension travel of a big SUV often count against it when it comes to safe driving, but then you drive one, and the whole experience is different way up there. The benefits more than counter the dangers in the real world.

And this is a comfortable place, too, with proper leather seats, voice-activated Sat Nav and a luxury feel throughout. Everything is square, with a rugged look inspired by the original outdoorsy cars, but with the finish of a BMW or Mercedes.

Flash touches like this bring the big, aggressive truck on to the radar of the label-happy hip hop community who wouldn’t dream of going near the rough stuff and the fashion conscious aristocracy, it has crossed the class divide more effectively than the great British cup of tea.

Despite selling out a little with this mass-market, watered down version of the great Land Rovers of years gone by, the badge doesn’t seem to have suffered one bit. This is still the favoured brand of country folk and the gentry, of farmers, of horse owners and now they have added the young, hip urban professional to that list with this new model.

Created for the younger, thrusting audience that didn’t want to climb every mountain, but still wanted to look like they could, the Range Rover Sport has taken Land Rover to the top in the one place the world conquering, go-anywhere Defender could never reach – the urban battlefield.